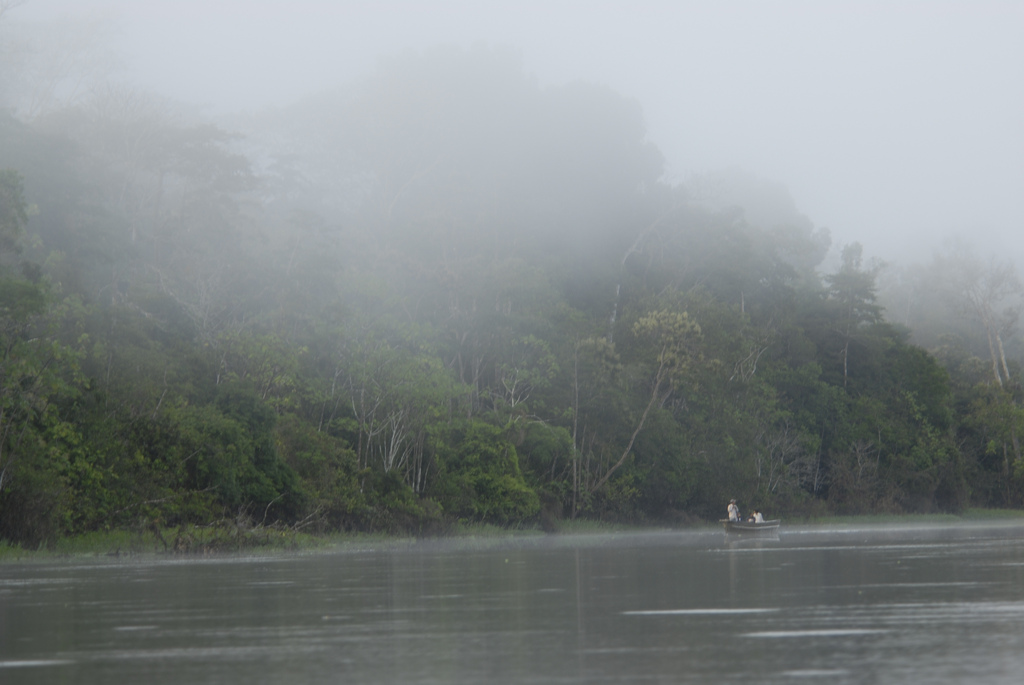 In Peru, there is a legend that tells of a river that kills everything that falls into its waters. It runs to the center of the earth, destroying all in its path. The Boiling River, or Shanay-timpishka, is hidden in the heart of the Amazon rainforest in Peru. The river’s headwaters are marked by a boulder in the shape of a snake’s head. According to local legend, the spirit of a giant serpent, known as Yacumama (Mother of the Waters), gives birth to the river. She releases the hot waters that flow through it.

Read more: Snakes Have Friends and Can Be Choosy about Whom They Hangout with

For many, including Andrés Ruzo, the legend of the Boiling River was always just that, a legend born from fantasy. Years later, while studying as a graduate student at Southern Methodist University in Texas, Ruzo began to realize the Boiling River may be more than just a local myth. While he was constructing a thermal map of Peru, he noticed one of the largest geothermal features in the world located in the Amazon. And where was it? Directly over the supposed location of the Boiling River.

Ruzo decided he had to investigate. He traveled to the river, accompanied by his aunt. The journey wasn’t an easy one, taking over four hours. It involved a hike, a canoe ride, and another hike through the dense jungle.

The river flows through two shamanic communities, and Rozu worked mostly with the Mayantuyacu. Members of this community believed the Boiling River was a place of spiritual power, where only the most powerful shamans could venture. Rozu had to ask permission from the local shaman before he could study the river.

What Ruzo discovered astounded him. The waters were extraordinarily hot, anywhere between 120ºF and 200ºF (48.9ºC and 93.3ºC). The bodies of small animals floated down the river, the victims of the near-boiling water. The mud running along the riverbank was too hot to walk on barefoot. If you were unlucky enough to fall in, you would have third-degree burns from just one second in the water.

Rivers with waters at this temperature are not unheard of, and many exist across the globe. However, they are usually found close to volcanoes or magmatic systems. The Boiling River is 400 miles (643.74 km) from the closest volcano, and no known magmatic systems lie below the Amazon basin. Ruzo and his team believe the heat stems from a fault-led hydrothermal feature. He thinks this produces hot springs that heat the water as it flows downhill as the mouth of the river is much cooler. One more dire theory is that the heat is a result of an oil field accident. The river is located only 1.24 miles (2 km) from the oldest active oil field in the area.

After starting his research, Ruzo established the Boiling River Project. Since Ruzo’s first visit to the site, the duration of the journey has dropped to three hours. This journey is now possible entirely by road due to rapid deforestation in the country. Rozu set up this project to promote the study of the river while still protecting it, as the Boiling River is culturally, biologically, and geologically significant.

Are you “Happy as Larry”? Who on Earth was Larry Anyway?

What Is Pink Lemonade and Where Does It Come From?