The Unbelievable Ridiculousness of the 1904 Olympic Marathon

Written By David McLemore
in Sport 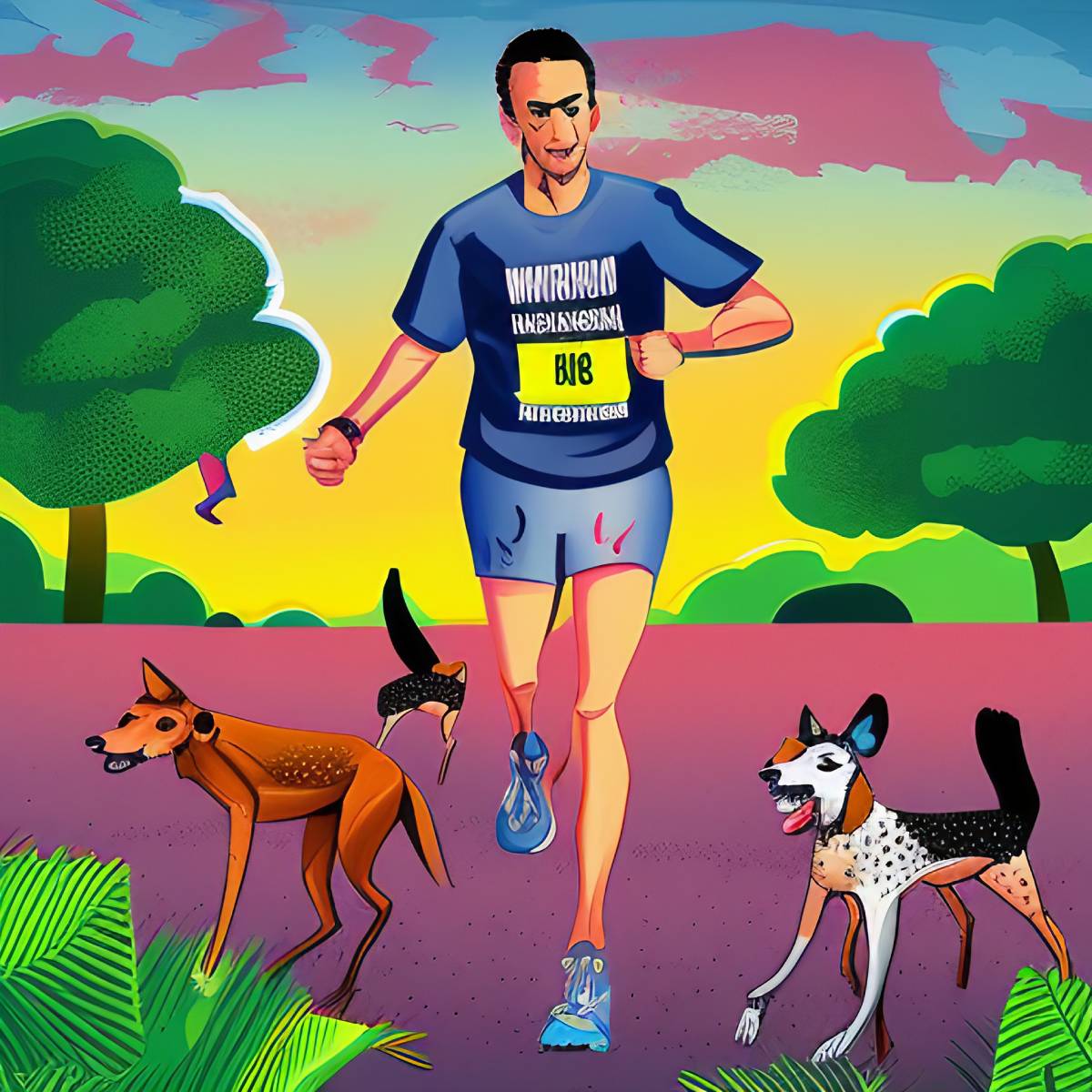 They simply don’t make races like they used to. In this case, it is a marathon race, and a very special one too. The 1904 Olympic Marathon included a perilous track with 32 runners representing various countries—but only 14 of them made it to the finish line.

And some of those cheated, by the way.

America hosts the Olympics for the first time

In 1904, the first subway opened its doors in New York City, the Wright brothers had built their Flyer II, Houdini was still performing, and Lizzie Magie got a patent for The Landlord’s Game, a little gem that has caused many fights under its current name of Monopoly.

It was also the first time that Europe stopped hoarding the Olympics and gave America a turn. August 30, 1904, was a day of many victories, including six medals (three of them gold!) won by German-American gymnast George Eyser. Incidentally, he managed this with a wooden leg (and if he had had children, no doubt they would have tired of hearing this story whenever they tried to weasel out of doing something!).

While George himself is worthy of a story all on his own, the Men’s Marathon at the 1904 Summer Olympics was such a colossal mess that it remains the source of much chuckling.  The marathon was an exercise in masochism that almost killed a number of its contestants, fraught with showboating, fruit theft, wild dogs, dehydration research (you read that right), and just a whole lot of chicanery in general.

Let’s start with the track.

A marathon for masochists

First, it was a hot day—a very hot day, in fact. Having decided that a sensible run in the morning when it was appreciably cooler was too nice for would-be medalists, the organizers decided the 1904 Olympic Marathon would be held in the afternoon, when the temperature was in the neighborhood of 91ºF (33ºC).

A hot, nasty run to begin with, and the length of it was 24.85 miles (40 km), starting in the stadium and ending in the stadium… but mostly occurring on the dirt roads outside. So we have a long-distance running area for the marathon? Check. Do we have crazy hot weather to prove the runners are manly men? Check! Do we have water to keep them from dehydrating?

Depending on the version of the story you’ve heard, there was either one or two sources of fresh water. One was reportedly a water tower at the six-mile mark while the other was a freshwater well, about 11 miles in. The chief organizer of the event, James Sullivan, was responsible for this, claiming that he was “testing the limits of purposeful dehydration.”

Coaches and doctors would be present, of course, in cars nearby to help to ensure that things didn’t get too dangerously close to fatal, so how bad could it be?

The contestants to watch

While there was a number of contestants with legitimate marathon experience, these were the early days of the Olympics, so there were also a number of participants you certainly wouldn’t see in the Olympics today. Among them were 10 Greek men who had never ran a marathon in their life. Notable contestants include

In keeping with the spirit in which the race was planned, the starter gun went off at 3:03 p.m. in the stadium. Fred Lorz had a strong lead for the first mile, but soon fell behind the mighty Thomas Hicks. On the actual track proper, things were quite chaotic, to say the least.

Along this 24.85-mile course there were seven hills, ranging from 100 to 300 feet (30.48 to 91.44 m) high, and all of the roads were unpaved. This meant that the rolling doctors and coaches were spraying dust everywhere on the quickly dehydrating participants, who were also dodging broken stones on the roads as well as people walking their dogs, delivery wagons, and everything else you might expect on a largely unblocked road.

It only gets worse from here.

Len Tau, running confidently in his bare feet, was forced to take an unconventional route, deviating from the route when wild dogs happened to take sight of him and chased him about a mile off course.

Andarín Carbajal behaved with all the confidence of a man strong enough to walk Cuba from tip to tip and then hitchhike the 700 miles (over 1,126 km) from New Orleans to St. Louis. Despite being dressed for a heat stroke, Carbajal kept a steady pace, stopping occasionally to “showboat” by chatting with spectators. Feeling peckish and noticing that that some of these spectators were in a car and eating delicious peaches, Felix stopped and asked for some. The spectators refused, but Felix stole two of them anyways, presumably laughing in between bites as he continued the race.

William Garcia and Thomas Hicks were running along strong, while a number of runners were coughing, vomiting, and generally struggling along. None more so than Fred Lorz, however, who was quickly learning that there is a big difference between a “special 5-mile run” and a 25-mile marathon. Collapsing from dehydration as he neared his ninth mile, it looked like Lorz would not be finishing the race.

Not one to be defeated by silly things like dehydration and rules, Lorz managed to hitch a ride in hopes of still finishing the race as a winner.

William Garcia continued on (not by cheating), as did Thomas Hicks, who by the tenth mile, however, was having some issues. He was quickly becoming exhausted and dehydrated and while he wanted to lay down and call it quits, his handlers kept his spirits up. They wouldn’t give him water to drink, of course, making him instead settle for a quick “rinse” of warm, distilled water. The British-American was no quitter and this was enough to keep him going.

For now, at least.

Meanwhile, Andarín Carbajal ran into a little trouble. His recently ill-acquired peaches had only made his appetite sharper. Having lost everything in New Orleans (something everyone who has been there can understand), Felix was famished. He hadn’t had anything to eat in the last 40 hours besides those peaches. That was when he passed an apple orchard.

Stopping and grabbing apples, a grinning Felix was soon off again, running and munching happily. Unfortunately, these apples turned out to have been rotten and Felix was given the gift of serious stomach cramps.

Miraculously, he still finished the race, but he might have won if if he hadn’t played around so much or nicked those peaches. Still, the Cuban in the beret gets points for doing things his way.

William Garcia was another almost winner, but he was also the first serious near-fatality. Collapsing on the side of the road almost 19 miles into the race, Garcia was found lying down and coughing up blood. He would survive but he would not be crossing the finish line that day.

Almost at the nineteenth mile himself, a grinning Fred Lorz was coasting along in his hitched ride when he had a little bad luck of his own. The car broke down and could go no further. Refreshed from almost 10 miles of rest, Lorz jumped out of the vehicle and continued running the last 5 miles of the race, but he’d been spotted, as Thomas Hicks, who had been in the lead of most of the contestants by a mile and a half, had just arrived. His handlers saw Lorz and shouted at him to leave the track, but Lorz ignored them and kept on his way.

Hicks’s handlers, who had been so stingy with water, were worried about Hicks and decided he might just be in need of a helping hand, so they gave him a dose of strychnine sulfate. While used today for killing rats (and sure, it occasionally killed people in 1904, too), it was considered a performance-enhancing drug and it worked… mostly.

This act would later be recorded as the first documented instance of drug use in the Olympics, but at this time there weren’t any rules against it, and luckily, it didn’t kill him.

Fred Lorz, though having cheated, was still well in the lead and he was the first to cross the finish line.

Will the real winner please step up?

The fans cheered Lorz and chanted, “An American has won!” Alice Roosevelt, daughter of then US president Theodore Roosevelt, put a wreath on his head and was just about to put the gold medal on him when someone in the crowd started shouting for her to stop.

Once it became known that he not run the entire race, Lorz quickly claimed he was “only joking” but was told that he was “banned for life,” as the cheers for him quickly turned into boos.

Thomas Hicks, who’d been two miles behind Lorz, got his second-wind on hearing that the dirty cheater had been caught. His handlers gave him a second dose of strychnine in a cocktail with raw egg and brandy in it, and even a third one (but with two eggs, this time) after he started hallucinating, begging for food, and wanting to lie down in the road.

Hicks made it all the way to the stadium, but by this time he was zombie-grey and shuffling his feet, rather than running. In another case of “because it’s not illegal yet,” Hicks’s handlers lifted him aloft and carried him across the finish line as he continued shuffling his feet in the air.

Of the remaining notable participants, Andarín Carbajal finished 4th place, while poor Len Tau was able to place 9th, but the real winner here was Fred Lorz, who got his ban lifted just in the nick of time to win the Boston Marathon… in 1905.