George Eyser: Swept the 1904 Olympics And Then Disappeared

Written By David McLemore
in Sport 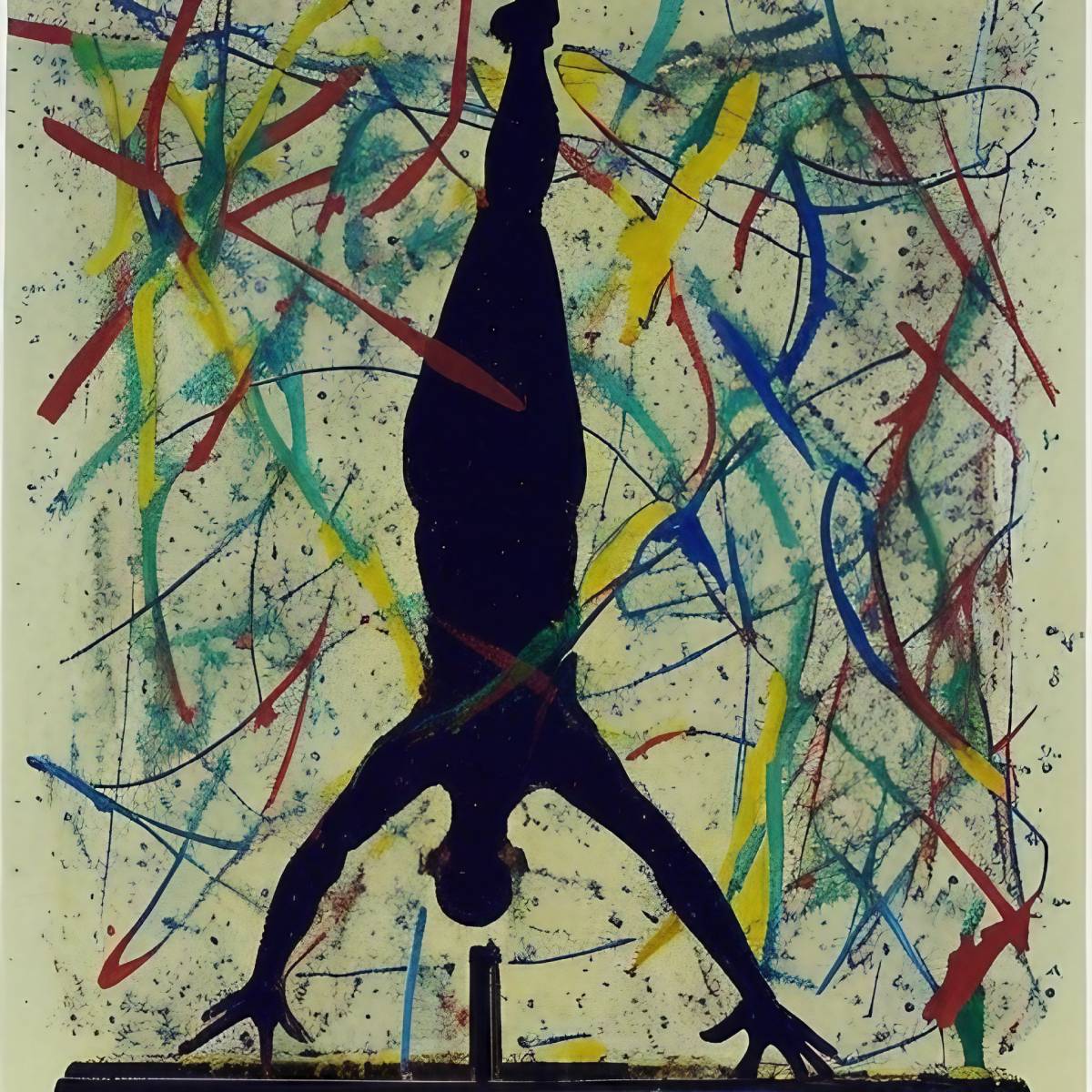 You may have heard of him before, either in historical accounts you’ve studied or through our lovely article on the crazy antics of the 1904 Olympic marathon. We’re talking about the athletic wonder, Georg Ludwig Friedrich Julius Eyser, or George Eyser. The German-American athlete won six medals in the Olympics, and he did so with a wooden prosthesis in place of the leg he lost in his youth.

How did he do it? His success was a result of character, training, and sheer determination. What happened to Eyser after winning his medals is still a bit of a mystery, but we will tell you what we know about the man who walked away from the Olympics with six medals and one wooden leg.

George Eyser: An immigrant from Germany

George was born on August 31, 1870, in Kiel, Germany, the son of Georg and Auguste Eyser. He lost the lower half of his left leg in a train accident when he was young. While we do not know the exact year this happened, it was likely before his family left Germany and came to America. George was 14 years of age when his family settled in Colorado. They would later move to St. Louis, Missouri, where George quickly joined a prestigious club already established in his birth country.

A history of the Turnverein

George Eyser was an active member of the German Gymnastics movement known as the Turnverein, and the club has its own interesting history. The name comes from the German words turnen, which means ‘to practice gymnastics’, and verein, meaning a club or society.

Established in Berlin in 1811 by German teacher and patriot, Friedrich Ludwig Jahn, the Turnverein aimed to strengthen the German youth physically and mentally. The club promoted good health through gymnastic exercise regimens. Patriotism was also encouraged, as the Turnverein provided healthy preparation for the anticipated arrival of French forces sweeping through Europe under Napoleon’s command.

Since 1793, the French had been occupying German lands west of the Rhine. It was well-accepted that it was just a matter of time before things would get worse.

Napoleon did indeed make his move in 1813. An alliance consisting of Swedish, Russian, Prussian, and German troops known as the Sixth Coalition had enough of his ambition. In 1814, the Sixth Coalition defeated Napoleon. After the Treaty of Paris signing, Napoleon went away, but the Turnverein stuck around.

The ranks of the ‘Gymnast-Patriots’ began to swell. However, the club ran into a bit of trouble in Germany in 1848, after some groups and members sided with rebellion plans against the monarchy. Many clubs disbanded, people faced arrests, and others fled the country. However, this was not the end of Turnverein, as new ’Turner’ clubs began springing up successfully throughout the United States. By the time George Eyser joined the Turnverein in 1884, there were over 316 clubs across the country and more than 42,000 members.

By the end of the 1990s, there were still about 80 Turner clubs in Chicago alone, though their membership suffered from a slow and steady decline as the years passed. Friedrich Ludwig Jahn is still considered to be the ‘Father of Modern Gymnastics’, and the German and German-American contributions to the sport remain an important part of athletic history.

George Eyser proved just how effective their teachings were in the 1904 Summer Olympics.

Empowered by his training and representing the Concordia Turnverein of St. Louis, Missouri, George Eyser came to play, and he came to WIN. He competed in many events, even the 100-yard dash (and despite running with a prosthesis, he scored a time of 15.4 seconds!). Gymnastics skills are not just a matter of the legs; George’s discipline and upper-body strength assured him of some solid victories.

Three medals were not enough for Eyser, however, who also scored two silver medals in these events:

He also won a Bronze in the Horizontal bar. Following the events of the 1904 Olympics, George returned to his humble bookkeeping job. We know very little about his life over the following years. We like to think he became a crime fighter, but unfortunately, Batman wasn’t a ‘thing’ until 1939.

Still, we can imagine that George Eyser’s coworkers regarded the man with well-earned respect in the years that followed. There was one notable bit of nastiness that we found in a 1905 St. Louis Newspaper, however, that could have used some crime-fighting skills…

The Czech-American gymnast who won the most gold medals in the 1904 Olympics was Anton Heida. He scored five Golds in the following events:

So, what’s all this about stolen gold?

We should note at this time that George Eyser and Anton Heida were both Turners, with Eyser representing the Concordia Turnverein St. Louis and with Heida competing for the Philadelphia Turngemeinde, one of the oldest clubs.  The rivalry was apparently quite fierce, as Heida received a Gold medal by error and apparently refused to part with it.

“The first prize was really won by George Eyser, representing the Concordia Turnverein of St. Louis. Throughout the contests, Heida and Eyser were close rivals, and the championship was finally decided by the parallel bars championship, which Eyser won. The final total score was. Eyser 44 and Heida 43. Through an error, Heida secured the gold medal and has held it despite the letters and protests of the A. A. U. authorities.”

We were unable to confirm if Heida ever returned the stolen Gold to Eyser, but if he didn’t, we hope at least his friends gave him a hard time about it for the rest of his life.

Shame on you, Anton!

What happened to George Eyser after the Olympics?

Aside from his enmity with Anton, we don’t know much about what happened to George after he returned to his old life and work. We know that he died on March 6th, 1919, but we do not know the causes.

After victory, he just seemed to fade away.

Lethologica: The Word That’s on the Tip of Your Tongue