Written By Daniel Harris
in Sport 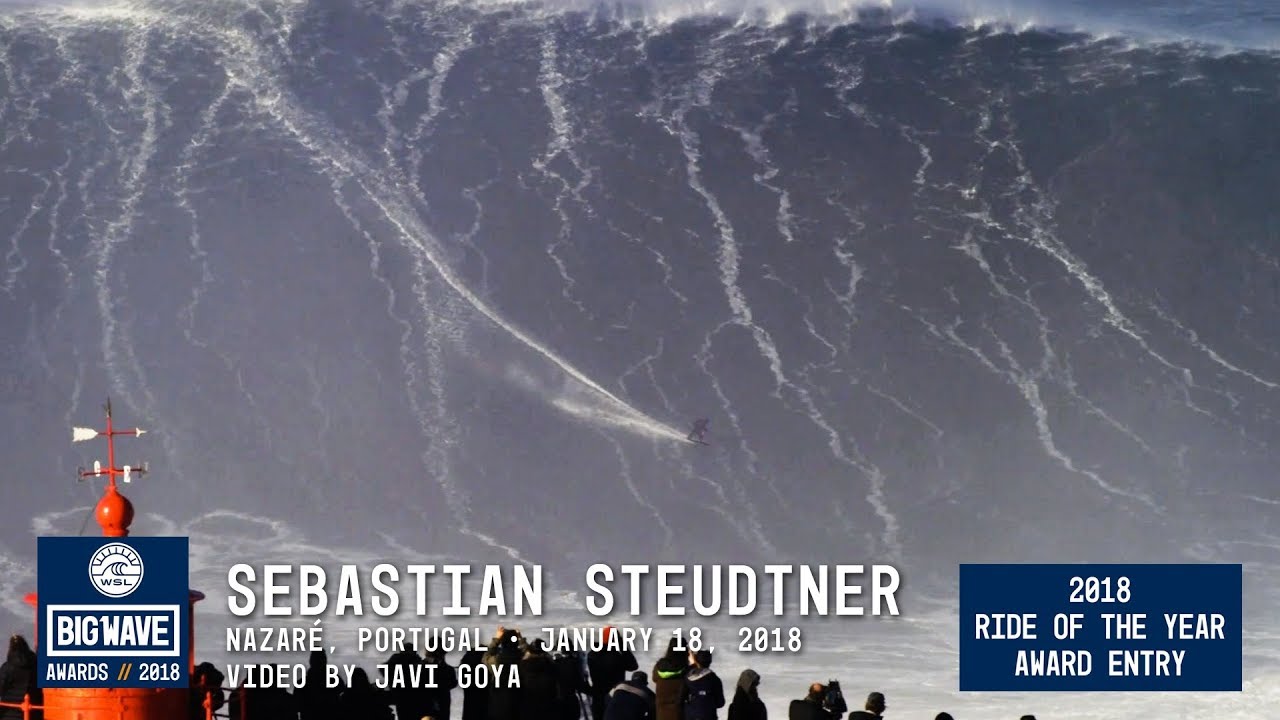 Sebastian Steudtner, a 32 year old from Nürnberg in Germany, is a professional big wave surfer. Yes it’s a real job! Although we reckon life insurance quotes are probably a touch on the high side across the whole profession. If you’re any self respecting big wave surfer then there’s only one place you want to be come January, Nazaré, Portugal.

The small Portuguese town on the Atlantic coast is a Mecca for big wave surfers from around the world. This year was no different as Sebastian Steudtner was joined by fellow big surf glitterati: Axi Munian, Maya Gabeira, Benjamin Sanchis, Ross Clarke Jones, Hugo Vau and Eric Rebiere all came to town for a slice of the action.

Nazaré, has witnessed some amazing big surf achievements in the past few years. In 2011, US surfer Garrett McNamara was credited with riding the biggest wave ever at 24 metres. Two years later (see below) he returned and broke his own record by tracking and taming a 30 metre wave.

However both of those records appear to have been shattered as Steudtner looks to have broken a 35 metre monster wave.

Steudtner is no stranger to danger and has already claimed the scalps of some of the world’s biggest waves which includes Jaws/Peʻahi on the North coast of Maui and Teahupo’o in Tahiti.

Both Steudtner and McNamara use a technique known as tow-in-surfing, a relatively recent advance, tow-in-surfing allows surfers to catch faster and more powerful waves. The tow-in method was conceived for the sole purpose of surfers being able to attempt waves of 30 feet or more. Traditionally a surfer would hand-paddle into position but this conventional approach limits the size and speed of waves that can be tackled . The tow-in technique was developed in the 1990’s using Jet-ski’s to tow the surfer into a breaking wave. Further refinement has allowed the use of helicopters with a tow line. Whilst a helicopter doesn’t come cheap it does have the advantage of making it easier to spot big waves.

No waves, no glory.