Written By Liz Bull-Domican
in People 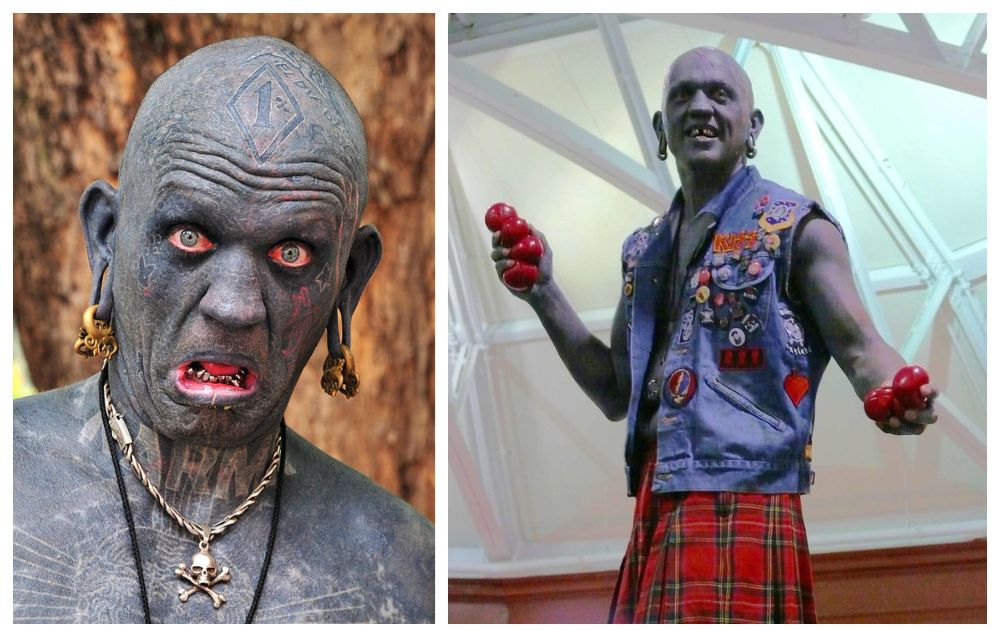 Lucky Diamond Rich is a street artist and performer from New Zealand who currently holds the record as “the world’s most tattooed person.” (Photo: Wikimedia/TOONMAN_blchin/hypersapiens)

Tattoo fan or not, one thing’s for sure: Lucky Diamond Rich is one of the most eye-catching people you’ll ever come across.

Who is Lucky Diamond Rich?

Born Gregory Paul McLaren, Lucky Diamond Rich is a street artist and performer. His main acts include sword-swallowing, unicycling, and chainsaw-juggling, although he has acclaimed more international fame due to holding the Guinness World Record title as “the world’s most tattooed person.”

Born in New Zealand in 1971, Gregory took an interest in tattooed men and women from a young age, although it wasn’t until he joined the circus and travelled around Australia at age 16 that he decided it was time to take the plunge. His first tattoo was of a small juggling club on his hip; ironically, he chose that spot as he didn’t want his mother to find out that he had gotten a tattoo.

Lucky Diamond Rich didn’t get another tattoo until two years later, but from that point on he didn’t look back…

Becoming the world’s most tattooed person

Having spent over 1,000 hours at tattoo parlours, Lucky Diamond Rich has unsurprisingly held the Guinness World Record title since 2006. His whole body is covered in tattoos—the full 100%—meaning that not a single crevice or intimate area has been left behind.

His tattoo preferences have shifted over the years, from his entire body being covered in black ink, to his more recent focus on white ink (one of his most striking pieces being the word “KARMA” across his neck).

Lucky has also stretched his earlobes and replaced his teeth with silver veneers.

Despite these body modifications however, he claims that “I’m no different to anyone else, I’m just heavily tattooed.”

George Eyser: Swept the 1904 Olympics And Then Disappeared