Written By Nathan Chilcott
in Science 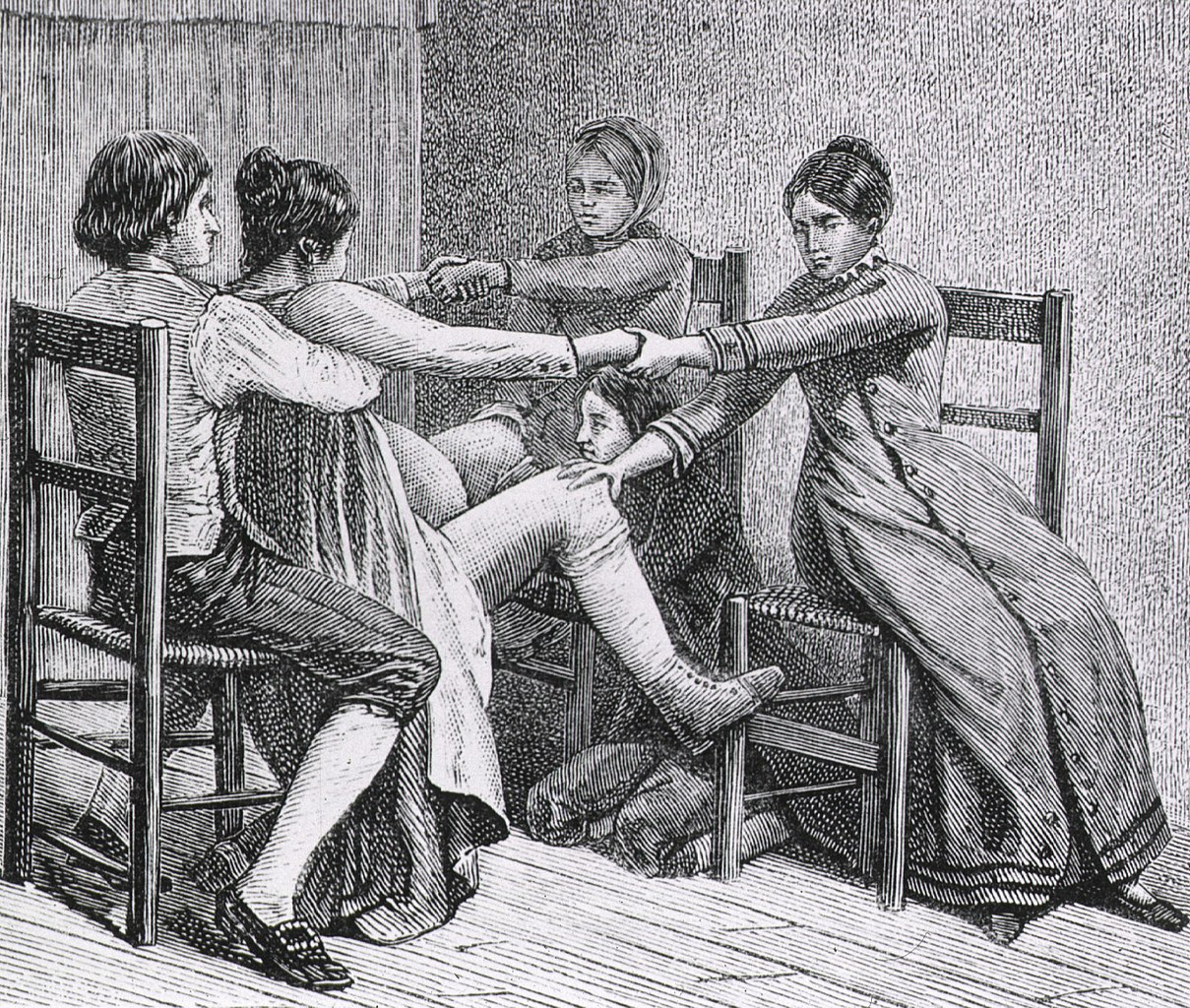 A modern chainsaw is an essential tool. Whether you are cutting wood, felling a tree, or even cutting firebreaks to help contain wildfires, you’ll be grateful for the chainsaw. So, when were chainsaws invented?

Surprisingly, chainsaws were originally invented for medical reasons! As with many great inventions, medical and physical science were the first to find a use for a reciprocating sharp blade.

In fact, the year was 1780 and two Scottish surgeons came up with the idea of a powered saw to help with childbirth.

When the chainsaw was originally invented having a cesarean section (c-section)was not an option. Any baby too big to come down the birth canal triggered a need to remove parts of the pelvic bone. This created the space for the baby to come down the birth canal! The surgery was performed with a small knife or a crooked pair of scissors. The procedure was both painful and messy.

Challenges of childbirth for doctors

Cutting away at the pelvis was both mentally and physically taxing for the doctor. The doctor had to have a deep and solemn sense that the baby couldn’t come out any other way. Then, they had to cut through bone to create more space. This helped to release the baby, save the woman’s life, and avoid a childless mother or motherless child.

This approach created a high risk of bladder injury. Infection, as with so many medical procedures of the time, remained a high-risk issue.

Read more: Wombs Out for Rent in Laos as Surrogacy Find New Home

The solution was a chainsaw,  originally invented for childbirth! First powered by a hand crank, chainsaws looked similar to a modern-day kitchen knife. Onlookers in the operating room would see a doctor furiously cranking before cutting to ensure the cut was quick and clean. The chainsaw made removing pieces of the pelvic joint easier.

The original chainsaw looked more like a medical tool than a noisy chainsaw.

This surgical procedure carried a high risk for the mother and unborn baby. Many survivors had long-term walking difficulties.

Two doctors, John Aitken and James Jeffray invented the chainsaw. They often used the time-consuming knife method to remove sections of the pelvis, (specifically the pubic symphysis). They realized there must be a better way.

This led to the first chainsaw. It made cutting the pelvic bone easier, saved many hours in surgery, and avoided maternal death.

The first chainsaw appeared in Aitken’s medicinal western journal in 1785. Although Jeffray claimed that he had come up with the idea at the same time, he didn’t get his first prototype produced until 1790. This technically made John Aitken the first inventor, though they share the credit.

Despite the obvious advantages of the chainsaw, especially after a successful excision of diseased joints, other medical professionals were slow to embrace the concept. Since there was no extensive proof of its value.

The fact that it created a smaller wound and avoided nerve injury was not enough to persuade doctors to use it instead of the small knife.

Anesthetic, invented in the early 19th century, saw the chainsaw became a popular surgical tool. It was gradually phased out after the creation of the Gigli twisted wire saw, which became one of the most common pocket instruments for medical professionals.

In the end, the handheld first chainsaw was a useful medical tool for more than 100 years.

The first recorded successful cesarian section happened in 1794. Jesse Bennett originally performed the procedure on his wife at home, after administering laudanum. Before Dr. Bennett closed the wound, he extracted both ovaries, stating that he “would not be subjected to such an ordeal again.”

History records that there were earlier cesareans but it was very rare for the mother to survive. Jesse Bennett was a physician and even he didn’t initially share the news of what he had done, as he feared ridicule, and he was “damned if he’d give them a chance to call him a liar.”

Over the 19th century, the c-section became more popular. But, they were still high-risk until the 20th century.

Alternate uses  for the chainsaw

People quickly realized that this invention had other uses. At first, surgeons used it in the operating room for other bone-cutting operations, especially for the removal of diseased bone. It made the process of amputation much easier, although no less pleasant for the patient.

Cow castration by chainsaw was not uncommon, although today a professional cow castrator will use more humane methods.

Evolution of the chainsaw

The humble handheld, hand-cranked chainsaw soon became a bigger beast. Although the medical chainsaw had small teeth, the blade design was effective at cutting through almost anything. The introduction of a larger version for wood was inevitable, ensuring it was eventually mechanized.

The chainsaw as we know it today

A patent for a tree-cutting chainsaw was granted in 1905 to Samuel J. Bens, he intended to chop down giant redwoods with it. Unfortunately, this chainsaw was very large and impractical in the field.

In 1926, Andreas Stihl created the electric chainsaw. In 1929 he followed this with a gas-powered one. Emil Lerp had already created a gas-powered chainsaw in 1926. Thus, began the rivalry between the two companies, Stihl and Dolmar.

Though chainsaws were portable, it took two men to use them. It wasn’t until the 1940s that the two-man chainsaw was replaced with one that could be operated by one person, and saw the modern chainsaw invented!

Then Joseph Buford Cox, a logger taking a break, watched the timber beetle and realized that he could redesign the chain.

He created a modern version of the chainsaw that one person could operate. The chainsaw was re-invented!

Final thoughts on why chainsaws were invented

The initial logic for a hand crank chainsaw will make you wince. The fact that a pregnant woman would have sections of her pelvis removed to allow her to give birth seems barbaric. Thankfully it is no longer performed.

But, it is a testimony to humanity’s innovation that a way to deliver from the breech position and to handle large babies was discovered.

Chainsaws have surprising and somewhat gruesome origins, but it has become an essential tool around the globe.

Pinpointing an exact date that the first chainsaw was invented is difficult. All the best inventions are created one step at a time, evolving to become the best they can be. The chainsaw is just one example of this.