Written By David McLemore
in Life 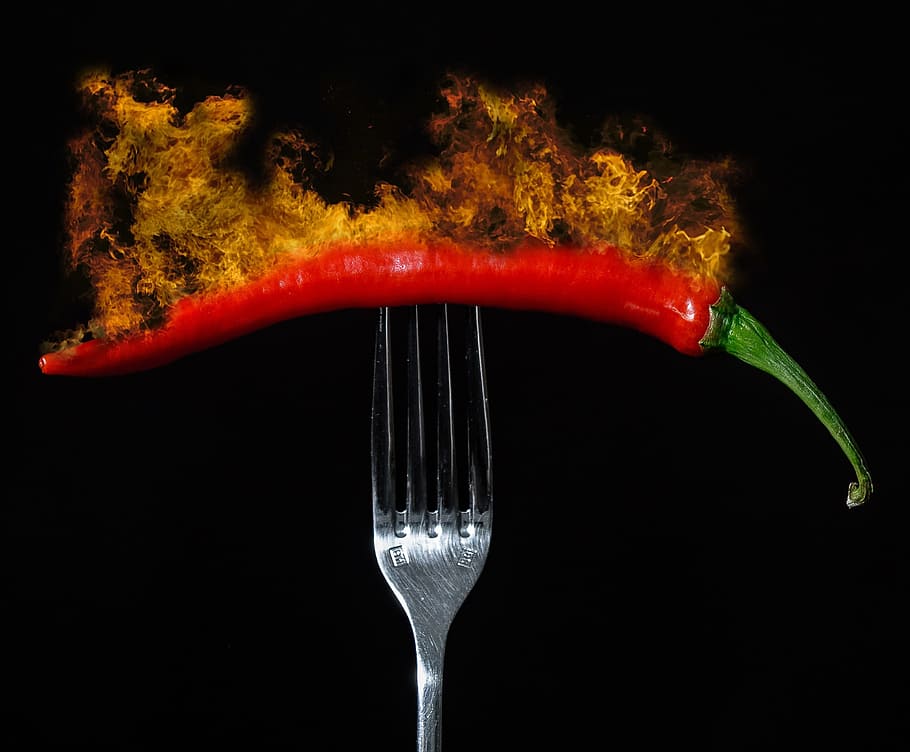 The Dragon’s Breath pepper is not for the faint of heart. Think you can have it with burgers, in burritos, or in salsa? Think again. How hot is it, you ask? And really, what would happen if you ate one? Let’s delve into the history of hot peppers to find out!

If you have ever wondered how peppers are measured, today you’re about to find out. In 1912, a scientist by the name of Wilbur Scoville decided there should be a way to test the punch and pungency of chili peppers. A scientist can’t just say, “It’s super hot,” after all. So he developed a testing method called the Scoville organoleptic test.

This test was simple. It consisted of grinding up the pepper being measured and mixing it with sugar water. Trained taste-testers were then brought in and Scoville would dilute the sugar-pepper juice until it no longer burned the taster’s tongues, assigning a number with each dilution until it was determined that the heat had disappeared. These measurements were classified in multiples of 100.

The chemical that makes peppers hot, known as capsaicin, is the determining factor of heat. To give you an idea of the scale, 1.5 Scoville units is equivalent to 1 part pure capsaicin to 1 million parts water.

Dragon’s Breath pepper vs. other peppers

Since it’s impractical and most probably unethical, we cannot simply stick one of these peppers on the tip of your tongue to show you how hot it is. We can, however, offer a comparison to give you an idea of how different peppers rate on the Scoville scale.

Jalapeños, for instance, rate at a modest 5,000 to 8,000 Scoville units. Serrano peppers take it up a notch, with a rating of 8,000 to 22,000 Scoville units. Then we have tabasco and cayenne peppers for those who really like a little kick to their meals. These peppers test at 30,000 to 50,000 Scoville units. You have probably tasted at least one of these so that should give you a basic foundation. They are delicious and that spice kick is great for giving you a little energy or killing a vicious hangover.

Also known as the Bhut jolokia pepper, the ghost pepper measures at 855,000 to 1,041,427 Scoville units. The Indian Army used it successfully in “chili grenades” to flush a terrorist out of a cave in 2015. A year later, a California man was documented in The Journal of Emergency Medicine after he ate a hamburger with ghost pepper puree on it and vomited so hard that he ruptured his esophagus!

But the Dragon’s Breath pepper is more than twice that hot. Its average measurement is 2,483,584 Scoville Heat Units. To put that in perspective, if you put one drop of Dragon’s Breath in almost 33 gallons of water you could still taste the heat. It’s so lethal that it must be carried in a sealed container.

While Dragon’s Breath beat out the grimly named Carolina Reaper pepper (which maxes out at 2.2 million Scovilles), believe it or not, it’s still not the world’s hottest pepper —Pepper X holds the record with its ludicrous 3.18 million Scoville units.

Why develop a pepper you can’t eat?

Despite what you’ve been told in Louisiana, peppers this hot were not meant to be ingested. Rather than eating them, these purer concentrations of capsaicin are intended to be used as an anesthetic for those who are allergic to the standard variety. This weapons-grade pepper was cultivated by a Welshman named Mike Smith, a pepper farming hobbyist, who says that the oils from it can numb the skin.

As anyone in his position is wont to do, Mike stuck the Dragon’s Breath pepper on the tip of his tongue. He says the heat kept growing and growing, and he had to spit it out after about 10 seconds.

What would happen if I ate one?

Ingesting a pepper this hot is ill-advised, as it amounts to capsaicin overdose and would put your body into anaphylactic shock. So the next time someone offers you $20 to eat a suspicious looking pepper, think twice before you do.

Upside Down Tree Is the Perfect Backdrop to a Sundowner

Peruvian Inca Orchid: The Dog of the Incas