The Aztec Death Whistle and Its Bloodcurdling Scream

Written By Mike Alexander
in History 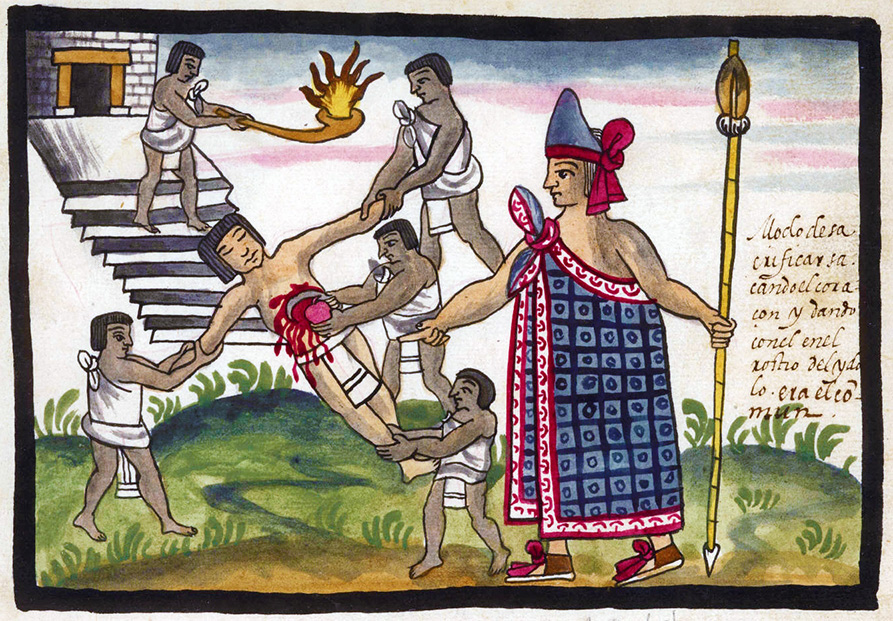 The Aztec death whistle was found in the hands of a sacrificed victim excavated at the temple of Tlatelolco in the 1990s, lending evidence to the claim that the whistle was used for the ritual of sacrifice. (Photo: Wikimedia Commons/latinamericanstudies.org)

The Aztecs were well-known for performing rituals in which human sacrifices played an important part. Therefore, when in the 1990s, archaeologists digging at the ancient temple of Tlatelolco unearthed the skeleton of a decapitated twenty-year-old male, they were not surprised. What was surprising, though, was the discovery of what is now known as the “Aztec death whistle.”

This particular skeleton was unusual not because its arms were folded across its chest, but because in each hand was a clay object in the shape of a skull. These objects were recorded, bagged, and placed in storage in a museum store room. It would be several years before somebody would pick up one of the clay skulls and blow into it. The noise the skull emitted was a terrifying and bloodcurdling scream, giving the object the moniker “Aztec death whistle.”

Why the Aztec death whistle sounds as it does

Since then the whistles have come under a great deal of scientific scrutiny, especially by Roberto Velázquez Cabrera, a mechanical engineer who has dedicated much of his life to the study of ancient resonators. There is still no definitive evidence as to what the whistles were used for and even Cabrera can only offer suggestions based on his long experience with similar objects. What he is able to explain is the reason for the terrifying sound that the whistles generate when blown. They contain two separate air passages that cause opposing air streams to collide, thus producing the eerie noise.

Three theories on the origin of the Aztec death whistle

Though historians have many theories on the origin of the Aztec death whistle, three theories dominate the debate. One is that they would have been blown as Aztec warriors advanced into battle as a form of psychological intimidation. Historical records from Hernán Cortés‘s Spanish conquistadors mention that the Aztecs beat drums as they advanced and the sound was like something from hell. The whistles could have made up part of this diabolical cacophony.

The second theory is that the whistles may have been blown in healing rituals. The sound waves are quite particular, and they may have an (as yet unidentified) effect on the human body. Most people find the sound so deeply unsettling that, unsurprisingly, this is the least popular of the three theories.

The final possibility relates to the Aztecs’ veneration of the god of wind, whom they called Ehecatl. It is thought that the whistles may have been blown to help guide the soul of the sacrificial victim to the afterlife. This theory is further enhanced by the discovery of similar whistles in the shape of an owl. The owl was the mythological representation of the coming of death. The death deity Mictlāntēcutli (or Mictlantecuhtli) and Ehecatl were both highly revered in Aztec culture.

Human sacrifice played a large part in Aztec culture and was one of the reasons that they had such poor relations with their neighbors the Totonacs, Tlaxcalans, and Texicans. There is abundant evidence that the vast majority of sacrifices were made using captured victims. These tribes all readily signed up to fight the Aztecs alongside their Spanish invaders.

Even captives often went willingly to the altar because it was considered such a great honour to be presented to the gods in this way. The most common way to sacrifice a victim was to cut out their heart and the whistles may have been blown during this process to speed the soul toward the afterlife. The skulls of the victims were then threaded onto wooden posts and prominently displayed. It is believed that this was, in part, to appease the gods, but also to intimidate would-be invaders. For the inauguration of the Templo Mayor, over 80 thousand men, women, and children were sacrificed.

The main driving force behind the sacrificial ceremonies was the belief that the sun god Huitzilopochtli was in constant war with the gods of darkness. If he were to lose, it would bring about the end of the world. Apparently, the sun god favoured beating hearts and blood to sustain him in his battle against the forces of darkness.

Read more: Camazotz: Bat to the Bone, Arbiter of Justice or Pure Myth?

Though the Aztec death whistles may have been relegated to the annals of history, they are making a major comeback, though in a slightly less bloodthirsty role. Today, Aztec death whistles are readily available at Mexican street markets or online. They make an ideal gift for people you are not very fond of.