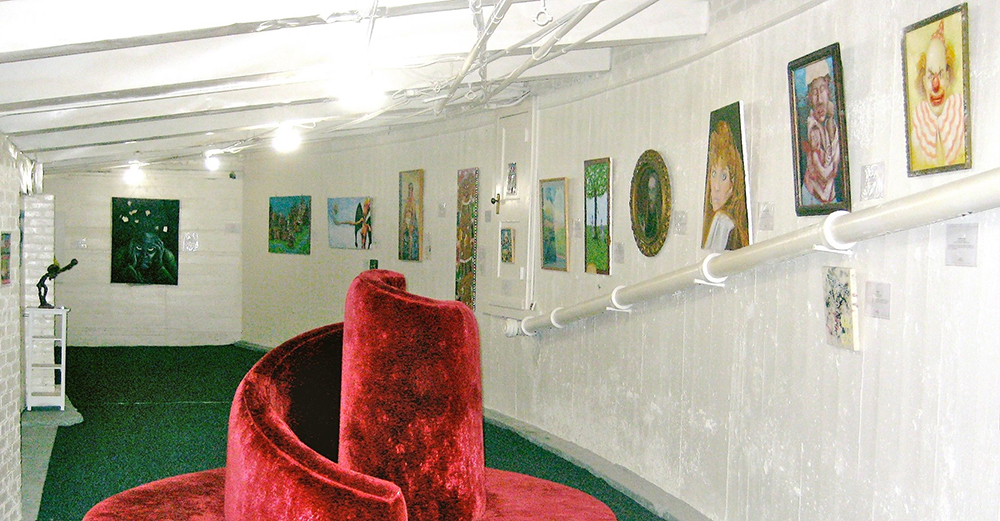 In Massachusetts, there exists a museum unlike any other. We often equate museums with presenting the best art a culture or place has to offer. However, the Museum of Bad Art celebrates bad art and bad taste. Originally spread across three sites, the now single museum boasts a 700-strong collection of pieces saved from bins and donated, all uniquely flawed and awful in their execution.

In 1994, founder Scott Wilson saw a piece of art in a bin and went to investigate. He couldn’t bear to see such a beautifully bad piece of art destroyed, so he took it home. The painting depicted a woman running through a field in the worst way possible. He showed his friends, who all exclaimed it would be a great idea for a collection. Over the next year, he saved other pieces from destruction and his “home viewings” gained a local following. Scott, along with co-founder Jerry Reilly, rented a basement below a theatre to showcase the work. The first Museum of Bad Art was born.

The museum is based on the ethos of well-intended art with disastrous results. The art must exhibit considerable flaws while not being dull. Wilson and Reilly are clear that they want to avoid kitsch, and argue that they aren’t anti-art.

The museum contains a number of pieces that have a cult following. Arguably the most famous is the original piece that gave birth to the whole concept of the museum. Found in a bin, Lucy in the Field With Flowers shows an elderly lady running through a field. The painting was clearly intended to be a good piece of art, but something went wrong in the execution. This piece set the standard for any future pieces shown by the museum. After the painting was featured in the local press, Susan Lawlor recognized the woman running through the field as her grandmother, but agrees the rest is a horrible mess. The painting was commissioned by her mother, and Susan says only the face is recognizable as her grandmother. Susan now describes herself as a fan of the museum.

Sunday on the Pot with George shows a middle-aged man sitting on chamber pot, wearing only his white underwear. Painted by John Gedraitis, it was donated to the museum by Jim Schulman. Gedraitis has attempted to portray his subject using the Pointillist style of painting, but sadly failing to live up to the tradition. The title of the painting has been suggested as a reference to the musical Sunday in the Park with George by Stephen Sondheim. Some people have suggested the subject is actually John Ashcroft, the former US Attorney General, although this has never been confirmed.

Another odd, yet loved, painting in the exhibition is the beautifully terrifying Bone-Juggling Dog in a Hula Skirt. The painting was made and donated by artist Mari Newman. She would often acquire used canvases and paint to fit the space. This particular painting was inspired by cartoon of a dog she has seen. Unhappy with the results, she added a hula skirt, making a terribly odd painting. She says if she had realized there was such a market for bad art, she would have saved all her other disastrous failures.

The concept of celebrating bad taste and art is something that has gained momentum. The Museum of Bad Art has been featured in guidebooks for the area and in international magazines. A number of similar collections have been shown across the world, taking Scott’s ethos of bad art to an international audience.

The Aztec Death Whistle and Its Bloodcurdling Scream