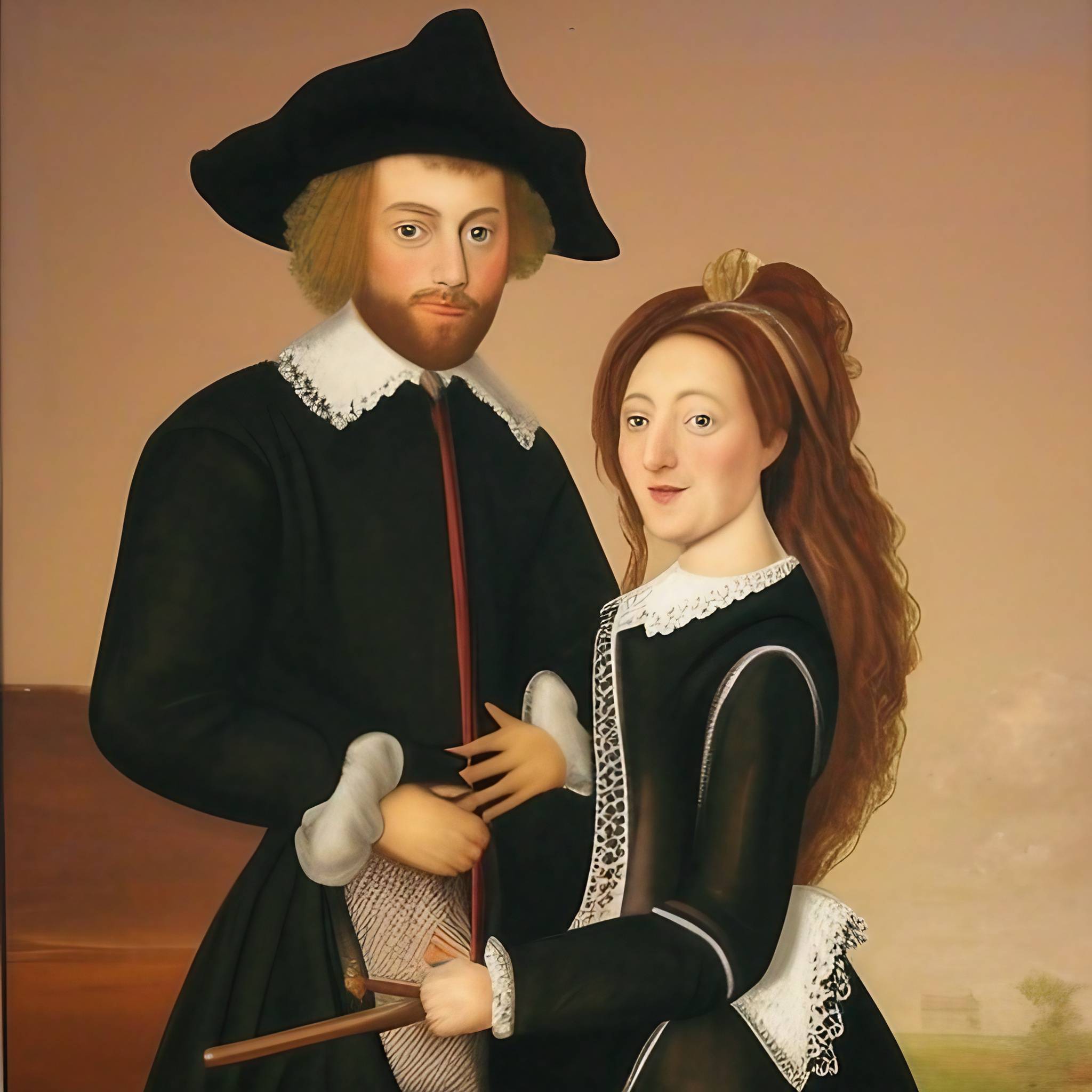 The bundling bag tradition, or tarrying, has existed primarily within Western Europe and later North America for over half a millennia. But what is bundling? What are bundling bags? Does it still happen today? Read on to discover the unusual tradition of bundling.

The bundling custom is credited to James Haven and was essentially a method used by families, or rather, parents, to guarantee that a young couple who were courting were genuinely romantically involved with one another. In the most extreme cases, the ‘happy’ couple would be tied into a bundling bag (think of the kind of sacks Santa brings for Christmas, a giant pillowcase) up to their necks and left to sleep together in the same bed. This avoided the troubles that any other contact could have for the reputation of the man or woman in the relationship. Often, sacks were tied and placed, almost as a chastity bag, around the waist of both parties. A measure to protect modesty and avoid the sin of premarital sex while in the family bed together!

Though the process might be enough to put anyone off dating for many years, it didn’t stop there. It often involved sleeping in the maternal parents’ bed, with an additional ‘bundling board’ between the couple, and to top it all off, the mother and father of the woman watching. Not the most cordial welcome to your date’s home – as young men were always treated with suspicion!

Read more: Remember The Maine, To Hell With Spain!

The use of a bundling bag to guarantee self-restraint has been a practice used mainly for courting adolescents. Both boy and girl were removed from temptation and bundled in layers of blankets alongside their burlap. The idea was that the process would remove temptations and improve intimacy and closeness between the couple. However, with an audience, it doesn’t seem particularly pleasant for you or your partner!

When and where did bundling begin?

Bundling is a tradition that has its origin in Western Europe in the 16th century, most probably in the Netherlands or in the British Isles (Wales in particular), mirroring both the increased significance of love and affection to a relationship and, more practically, the increased average age of marriage (into the mid-twenties).

We can see that the convention was typical for the colonial United States, from court records and parish registers – particularly in Pennsylvania Dutch Country—and is still practiced by some communities to this day!

According to tradition, the practice probably originated in Christianity, from the Biblical story of Ruth and Boaz – who spent the night together in a grain room and yet never touched. Though Ruth sneaking in to see Boaz during the night is fascinating – it doesn’t necessarily explain where the bag, board, and massive amount of clothing came from, though it’s a start.

Bundling in the United States

The practice of bundling prevailed in America primarily due to the melting pot of cultures from colonial settlers. The first mention of bundling went back to 1634 and was developed to give parents a chance to ensure their daughters’ happiness in a marriage. Bundling, particularly of women, became more common in the US throughout the 1700s. Throughout the 1600s in the colonies, it wasn’t practical to bundle a boy and girl into bed with one another – just let them marry!

The tradition also has roots in the necessity for colonists’ economic circumstances, with travelers being allowed to bundle with the house’s women to save on fuel or to bundle to keep the house warm. Young men and women were put together out of necessity to produce children, rather than in the 1700s, when more affluent settlers paired their offspring to ensure successful matrimony.

However, this is not to suggest that the practice did not occur in the 1600s, as colonial Puritans were most likely to engage their young people in practice than other frontiersmen. This is why the method remains in place most commonly today in New England than in other old frontier settlements, developing alongside the Amish to become a significant part of how they treat their betrothed couples. In addition, it’s also why most cases of family bundling concern mainly country girls. However, the bundling sack and board did not immediately have the expected effect, as by the 18th century, between 30 and 40 percent of females were pregnant on their wedding day! Pregnancy naturally led to the pair marrying, and the church would forgive the sin of premarital sex.

Bundling is commonly practiced throughout the most conservative Amish families, where the morality of ladies is still closely connected to premarital purity. Folk custom differs from community to community, in which some Amish will allow couples to kiss before marriage, while some will enforce the strictness that comes alongside bundling. Most Amish no longer believe in bundling as a matter of faith or the bible, and so only the strictest communities still participate.

The custom of bundling in The Patriot

The movie, The Patriot (2000), starred Mel Gibson, Chris Cooper, and, notably, in the case of bundling, Heath Ledger. In the film, Gabriel Edward Martin (Ledger) is bundled while overnighting at his love interest’s home during their courtship. Bed-sharing with a young lady, Anne Howard (Lisa Brenner), it would be likely that Gabriel’s feet would also be bound, a significant amount of clothes worn, and the potential of a mother’s watchful eye over proceedings.

Being in South Carolina, it’s likely that the genuine Gabriel Martin would be lucky to get a room and probably have to sleep on the floor without a bundling board or lady to accompany him! Even though dating couldn’t get much worse for Gabriel, it should be said, the scenes of courtship behavior between the lovers (though post-teens) are otherwise still very accurate from a historical standpoint.

Of course, bundling was not approved by all those in the US. One such notable critic was the physician Henry Reed Stiles, who suggested in his history of Connecticut that the tradition “sapped the fountain of morality.” Stiles was not a fan. His book, Bundling in America, is a brief history of the phenomenon, explaining the custom of travelers sharing beds with young people of different sexes in New England and beyond. In Stiles’ 1871 work, he is damning in his moral assessment of the practice continuing. Bundling was banned in Boston in 1872.

By contrast, Jonathan Edwards was outspoken against bundling, preaching against it from the early 1630s, yet his protestations had little effect, as the practice had already taken hold. Not all members of the clergy held such an opinion, as Samuel Peters suggested that bundling would never have proven so popular with puritans if it were not virtuous, and that “bundling has prevailed… with ten times more chastity than the sitting on a sofa.” With that, it shouldn’t be surprising to hear that Peters was commended later in Stiles’ work!

What does SOS mean? How Morse Code Confused the World