“Speak Now or Forever Hold Your Peace”: What Happens If Someone Objects at a Wedding?

Written By Viktor Jovanoski
in Featured 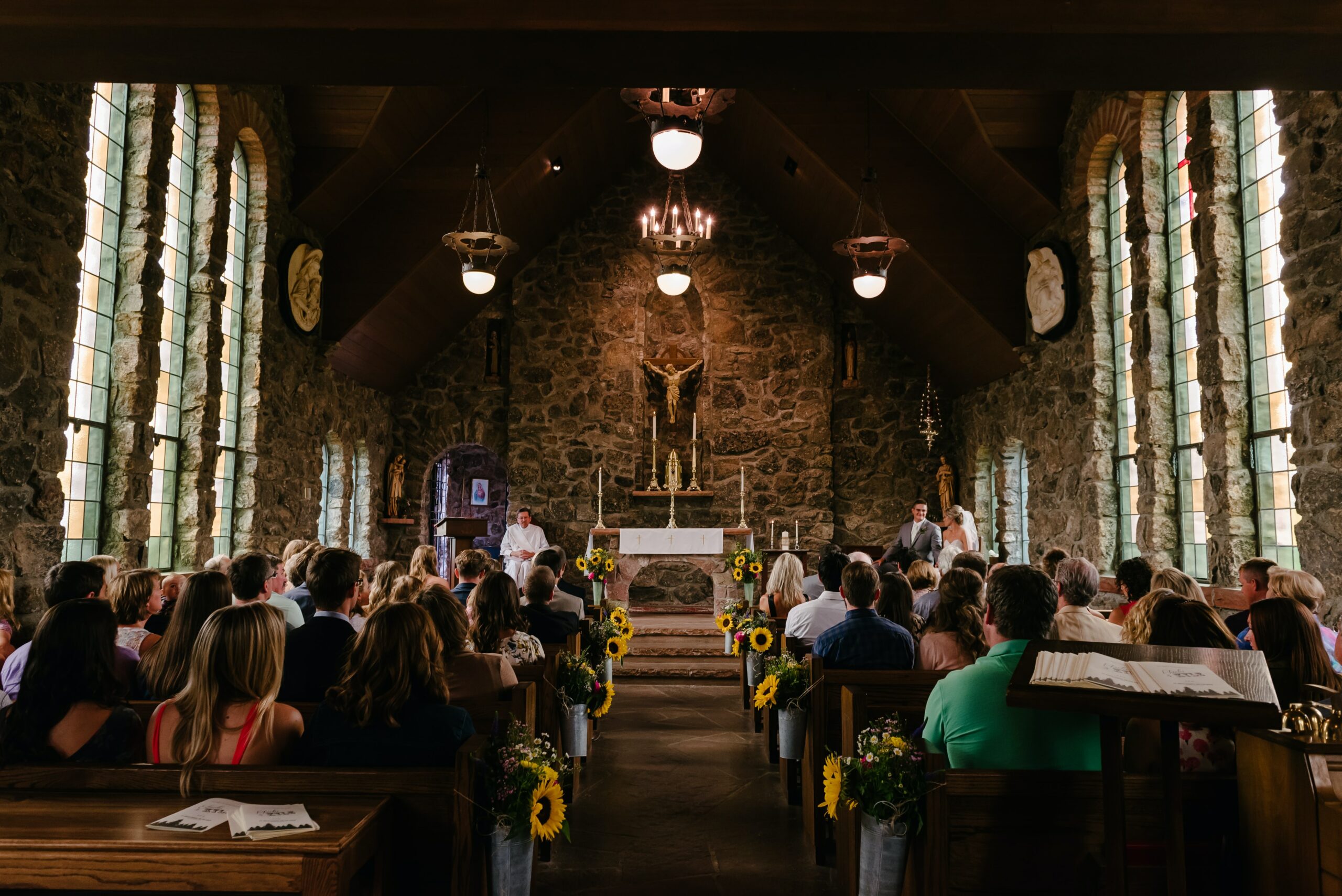 In movies, “Speak now or forever hold your peace” is basically an invitation for a sweeping declaration of love, one capable of rerouting the seemingly hopeless and hapless plot to a happy ending. In real life, however, the phrase is an out-of-use tribute to an archaic tradition. No matter what Taylor Swift might say.

By her own admission, Swift is not the kind of girl to rudely barge in on a white veil occasion. And yet, in “Speak Now,” the title track for her third studio album, she does just that. In an attempt to win back her ex-boyfriend (well, in all fairness, one of them), she sneaks in at his wedding ceremony and, right after the preacher utters that fateful line, “Speak now or forever hold your peace,” with nothing more than a telling glance, she signals her former love to run away with her—and he does!

It’s the ultimate romantic fantasy, as anyone who has ever watched a 90s rom-com—or a 2000s rom-com parody—wouldn’t hesitate to tell you. There’s something rapturous and defiantly idealistic about sharing your true feelings with the one person you love just before they vow their eternal affection to somebody else. As Swift explains herself, in the liner notes to “Speak Now,” “It’s the last chance for protest, a moment that makes everyone’s heart race… So many fantasize about bursting into a church, saying what they’d kept inside for years like in the movies. In real life, it rarely happens.” Well, consider that last sentence an understatement.

“There’s a line you gotta wait for!”

The only thing rarer than a modern-day wedding objection is a modern-day wedding ceremony that provides the opportunity for one. Truly, whereas the phrase “Speak now or forever hold your peace” makes quite a regular appearance at wedding ceremonies in pop-song lyrics and rom-com scripts, modern weddings hardly ever require the line. There are several reasons for this.

To begin with, the line comes from the 1662 edition of the Book of Common Prayer (BCP), which is the official prayer book of the Church of England. As such, it was widely used for hundreds of years in Anglican weddings, until the BCP was supplanted by more modern liturgy in the late 20th century. Nowadays, even royal weddings use a less famous variant of the line, introduced in 1980 in the Alternative Service Book: “But first I am required to ask anyone present who knows a reason why these persons may not lawfully marry, to declare it now.”

Contrary to popular belief, most non-Anglican weddings don’t require the line at all. In Catholicism, for example, the marriage banns are put up three weeks before the wedding, giving everyone who knows a reason why the couple should not marry an ample opportunity to contact the priest before the actual ceremony. Put otherwise, there’s no such thing as a dramatic “I object” scene at a Catholic wedding. Ironically enough, it is actually a Catholic decree that inspired the modern wedding trope of last-minute objections, more than a full millennium ago.

The origin of wedding objections

The Catholic Church institutionalized the practice of speaking out against nuptial unions in 1215. The goal was to ensure a marriage’s legality before it’s officialized and blessed by a priest. “When marriages are to be contracted,” Canon 51 of the Lateran IV Council proclaimed, “they must be publicly announced in the churches by the priests, so that if legitimate impediments exist, they may be made known.”

At a time when people relied on folk knowledge for almost everything, the Church had to solicit objections as a way to ensure there was no legal reason preventing a couple from marrying. Notwithstanding that these impediments could vary between different jurisdictions, the dealbreaker was almost always one of the following four: a preexisting marriage, a wedding party being forced to wed against their will (or without parental consent), close blood relations, or a broken vow of celibacy.

Unlike in medieval times (or in reimagined pagan weddings), the legalities of most modern marriages are regulated by robust bureaucracies and vast digital databases. This makes the “Speak now or forever hold your peace” tradition quite obsolete, even when it is a legal requirement, such as in an Anglican or an Episcopalian wedding ceremony.

For one thing, since modern couples are required to secure a marriage license weeks before their wedding day, any legal reason that might make their union impermissible is bound to turn up long before the marriage ceremony itself. Put simply, even if you don’t know whether your divorce has been technically finalized, the county clerk will inevitably find out in time to spare everyone’s blushes come wedding day.

Hence, the “Speak now” part is often omitted from modern weddings altogether. However, when this isn’t possible or desired, wedding objections can occasionally occur for one reason or another. But what happens then? Does the officiant pause the wedding ceremony? Is the person’s objection taken into consideration? Is everything as ecstatic as in The Graduate or as awkward as in Wayne’s World? Indeed, what happens if someone objects at a wedding?

…or forever hold your peace

Unless there’s a legal reason, a wedding ceremony would just continue as originally planned, disregarding all objections as mere hiccups. It wouldn’t matter even if one of the wedding guests valiantly declares to have been hopelessly in love with the bride or the groom for years; no wedding officiant would ever consider an emotional outburst a valid objection to a marriage.

Moreover, it’d likely make no practical difference, since the legal union of two people is established by their marriage license, not by their priest. Even so, there are differing legal practices, and mistakes occasionally do occur. In such cases, it’s all in the hands of the officiant: they decide what should follow next.

Customarily, as wedding officiant Pamela Henry has told Reader’s Digest, the proceedings may be briefly halted, and the matter discussed with the objector, in private. If there’s indeed a hitherto undetected legal issue, the wedding may be rescheduled until that issue is resolved. If not—that’s about it! Whereas in fiction, unprovoked wedding confessions make for a happy ending, in real life, they make for nothing more than, well, a mere nuisance.

Pagan Wedding Rituals: Reclaiming Tradition in the Name of Love

The Origins, History, and Evolution of the Handfasting Ceremony