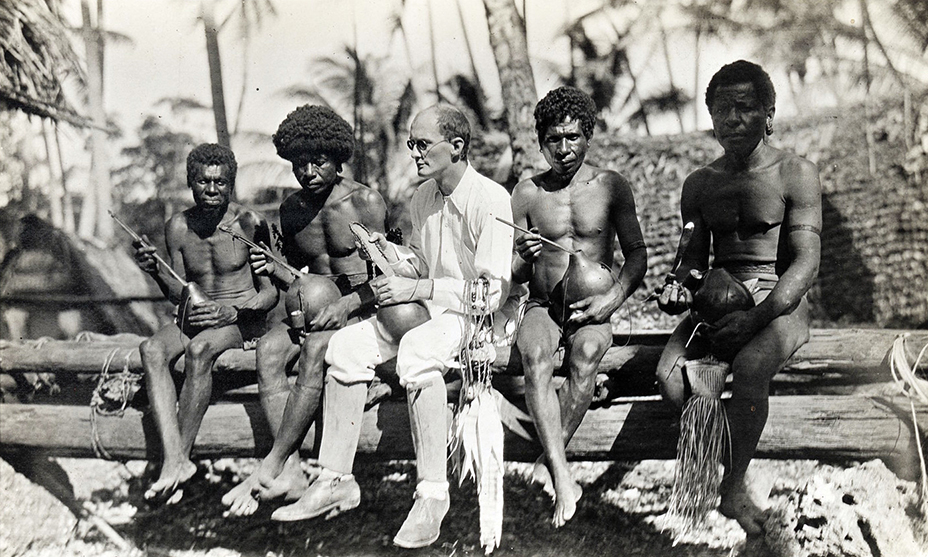 The Trobriand Islanders of Melanesia are believed to be one of the communities least affected by globalized Western capitalism and cultures. Made up of four islands—Kiriwina, Kaileuna, Vakuta, and Kitava—the Trobriand Islands were “discovered” in 1793, and named after their French discoverer, Denis de Trobriand. Over a century later, the islanders’ culture was immortalized in the works of Bronisław Malinowski, a Polish anthropologist who lived on the islands for several years. His three books about the Trobriands, published between 1922 and 1935, include one famously titled The Sexual Lives of Savages in North-Western Melanesia.

For many years, the value of the Trobriand Islanders’ culture lay in its uncorrupted nature—so far away from other cultures, the islands’ inhabitants appeared to live entirely differently to the modern world, with some fascinating rules and practices. Many of these practices have survived into modernity and continue to be studied by Western anthropologists.

The “Islands of Love”

The islands are notorious for their inhabitants’ attitude to teenage sexuality, giving the Trobriand Islands’ the moniker “Islands of Love.” Trobriand teenagers are allowed unfettered sexual access to each other from the age of 13 or 14. There is even a village hut called a bukumatula designed for unmarried teenage sexual liaisons. While the sexual habits of the islanders have drawn the most international attention, this aspect is far from the most exciting part of Trobriand culture.

Read more: La Casa Del Arbol and the Swing at the End of the World

The very foundations of Trobriand culture are different from anywhere else. Trobriand culture is matrilineal, so only women may own land, which is passed down through female lineage. The main currency of the island is a humble root vegetable, the yam, which signifies wealth and power, for both men and women. Yams are present at all significant life events, and after a funeral, the women of a tribe must pay all those who knew the dead person in yams.

Interestingly, there is some indication that the predominance of yams in the culture is linked to its sexual traditions. Among the Trobrianders, the link between sexual intercourse and pregnancy is not as clear as in Western cultures. Trobrianders believe that for a woman to become pregnant, an ancestral spirit, known as a baloma, must enter the woman’s body. It is not the man who is responsible for a pregnancy; he merely facilitates the process (sexual intercourse) through which a baloma gains access. Recently researchers have hypothesized that yams eaten on the islands have contraceptive properties, meaning the likelihood of pregnancy is much reduced.

Trobrianders and the Kula Gift Ritual

While women hold land and are responsible for clan decisions, males are far from excluded from wealth acquisition. However, male earning potential is grounded in the unusual kula gift ritual, rather than in a traditional goods and services exchange system. For the Trobrianders, gift-giving is essential for the formation and maintenance of social relationships, so males who choose to can engage in the kula gifting ritual. Trobriand men create and maintain relationships by gifting kula gifts—beautifully decorated shells—to other men around the 18 islands of the Trobriands. Participants in the system travel widely by canoe across the islands to exchange kula valuables, enhancing their social standing and prestige. Giving a kula gift creates a lifelong bond between the giver and receiver, and experienced kula-givers can generate increasing fame and honor for themselves through the quality of their gifts and their dedication to the ritual.

Read more: Whang-Od and the Art of the Filipino Tribal Tattoo

Kula giving is not just a symbolic ritual: those who engage in kula relationships are beholden to each other, with certain social obligations such as providing hospitality, protection, and assistance to each other in times of need. Sometimes a kula gift will return to its original owner, having circled the Trobriand Islands.

Gift-giving and teenage sex are not the only compelling aspects of Trobriand culture. The originality of Trobriand cultures has also seeped into more modern traditions. The game of cricket was introduced to the islands in 1903 by a Christian missionary. The missionary intended to reduce fighting between different Trobriand tribes, by giving them a relatively peaceful space to air their frustrations. Cricket did end up replacing kayasa, the local form of ritualized warfare, but has been significantly adapted to incorporate warfare traditions, resulting in a form of the sport that would make most Marylebone Cricket Club members faint.

Trobriand cricket involves the liberal use of dances, chanting, music, and colors. There are ritual entrance and exit dances for the batting team, and to score a 6, the batsman must either lose the ball or hit it over a tree. Unlike its more formal cousin, Trobriand cricket has no restrictions on the number of team members. The home team always wins, in what was presumably a historical attempt to avoid full-scale warfare if players were unhappy with the match result. Unlike the ritualized tea breaks of colonial cricket, Trobriand matches conclude with a lavish feast.

The Trobriand Islands continue to fascinate researchers, offering a snapshot into a disappearing world of fundamentally different cultures. Sociologists have uncovered differences in how Trobriand peoples interpret facial expressions, which was previously thought to be universal across cultures, thus undermining a fundamental assumption of sociological research. In a globalized world, where cultures and traditions become increasingly homogenized, the Trobriand Islanders stand out as a bastion of uncorrupted and isolated traditions. Not even cricket could change them.

Upside Down Tree Is the Perfect Backdrop to a Sundowner