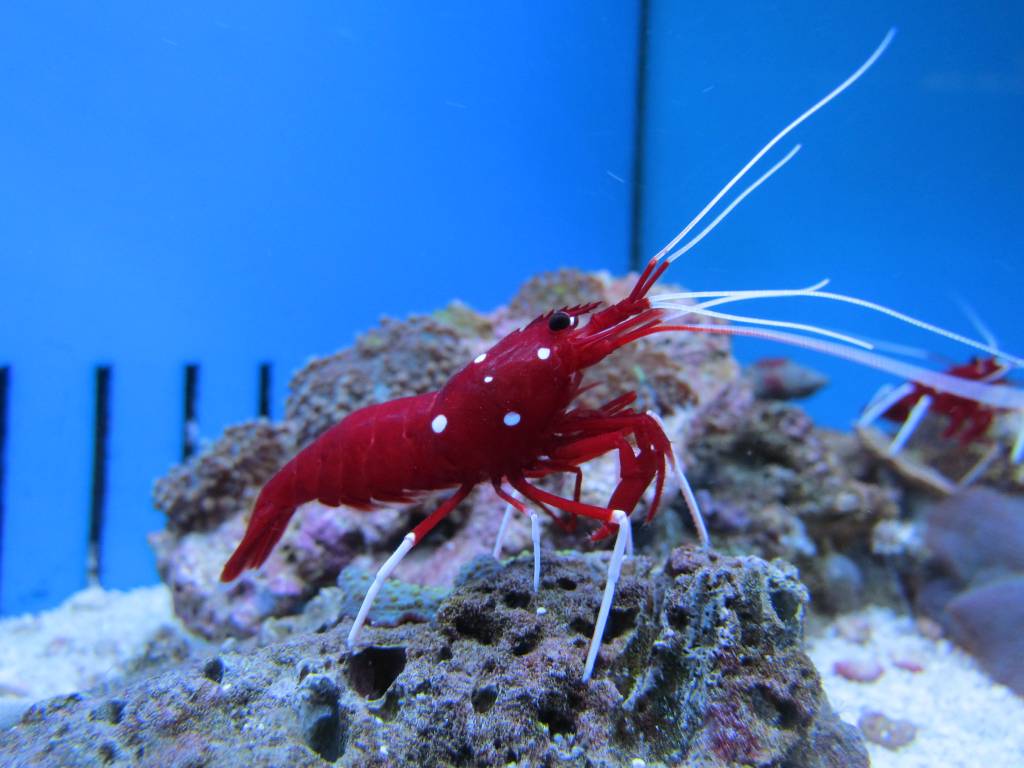 Jamie Foxx’s character “Art” had everybody curious about the Pistol shrimp in the Netflix original Project Power. Watching Art kill his enemies with shock wave bubbles in the finale had us in awe of the crustacean.

The burning question is, “can the Pistol shrimp hurt a human?”

The simple answer is No.

What is the Pistol shrimp?

Before Project Power, no one ever gave much thought to the species of pistol crustaceans. Just like that distant cousin who only shows up for family functions. You never notice them unless something significant happens.

Read more: How lobsters communicate: You think you’ve got problems?

The Pistol shrimp or Snapping shrimp belongs to the crustacean family Alpheidae. You’ll find them in the sea beds and coral reefs of temperate and tropical regions. It has a small body with large claws stretched out like a gunslinger in the Wild West.

People think of these species as food, not weapons so, where did this idea of a gunslinging animal originate? You’d be surprised to learn the name didn’t come from its pistol-like feature. Instead, it’s from the loud snapping sound it makes with its large snapper claws.

The Snapping shrimp is capable of forming symbiotic relationships.

The name Synalpheus pinkfloydi is a tribute to the Rock & Roll legend Pink Floyd. In 1971, the band played so loud they killed all the fish in a nearby lake. Also, the Snapping shrimp’s large claws are neon pink!

The third loudest animal in the water – Snapping shrimp

Another mind-blowing fact is that the noise doesn’t come from the snapping claw. The magic happens in the opening! It has to do with water velocity – basic science.

Water fills the air to create bubbles, and when air pressure goes up, it pops. It’s like popping chewing gum bubbles but ten times louder.

Snapping shrimp opening its claw causes a high-pressure pulse in the water.

When the Pistol shrimp opens its long claw, it forms cavitation – Static pressure drops below vapor pressure in the water. As it snaps, there’s collapsing cavitation which creates a bubble bullet. The 210 decibels snapping sound is louder than an actual gunshot – 140-175 decibels.

Although its snap is loud, that’s not enough power to “rip flesh from bone,” according to Art. The Pistol shrimp can only stun, but that wouldn’t make for good cinema now, would it?

This cavitation bubble has a higher temperature at 7,700°C than the surface temperature of the Sun at 5,500°C.

What makes a Snapping shrimp snap?

Everyone has to eat at some point, even tiny snapping shrimps.

It burrows behind rocks in reefs then uses its antennae when hunting for food. The Pistol shrimp snaps its claw, causing a loud noise to stun its prey. The bubbles hit faster than a speeding bullet. Then it drags the food back to its shrimp’s burrow and feasts.

Read more: What Is The Black Swallower Fish & Should You Be Scared?

When faced with danger, the snapping shrimp ditches the large snapper claws for the smaller ones. The Pink Floyd can still deter predators with a missing limb! This species has a smaller claw as a backup.

They also snap for communication. A fun fact is that the Pistol shrimp flexes its large snapper claw as a mating call. The half-sized body and giant front limb may be weird to humans but not the female of the species.

A giant claw makes males more attractive to the female Snapping shrimp! Beauty is indeed in the eye of the beholder.

To answer your question, they can’t hurt a human. There’s no pincer at the end of this crustacean’s claw. They can only annoy you with their loud snapping.

Relationship with other small fish

The Pistol shrimp is not always predatory. It has a symbiotic relationship with the Goby. Gobies stand as a lookout for other sea creatures while Pistol shrimps dig their burrow.

The goby and pistol shrimp share a home. Upon seeing a prey, the Goby alerts the Snapping shrimp, and they both retreat to their burrow. In turn, they share their food with Gobies. They eat small invertebrate animals and waste.

The Snapping shrimp uses its large claw as protection not only to kill prey. It hides in its burrow away from the naked eye. If the Pistol shrimp senses a threat, it extends the claw to deter predators with a snap.

The Pistol shrimp lives in a colony – the largest amongst the species. They defend a breeding female member of the colony. Their collective snap is so loud it disturbs other fish communication.

You’d have to deep dive to a coral reef to see a snapping shrimp. They like to live in obscured spots, only coming out to catch food.

The science of the Snapping shrimp’s snap

Pistol shrimps interfere with their surrounding water sound, as one of the loudest creatures. During World War II, their cavitating flows damaged many submarine propellers. In addition, their noise messed with underwater communication.

As annoying as the sound is, it’s a sign of underwater life. As long as there are animals in the reef with this species, it would sound the alarm.

The rapid collapsing cavitation bubbles create a shock wave producing light. The temperatures from the process are higher than the surface Sun’s. Scientists still study the possibility of solving Global Warming with the flashing bubbles from the snap.

The heat doesn’t last long, however. Within minutes, it cools down, so; it’s not a reliable power source.

Scientists say this species has better vision than humans. They see through multi-colored cones while we have just three cones.

The fascinating nature of the Pistol shrimp led scientists to explore its benefits to humanity. They pondered the possibility of using the light from the shock wave as a power source. The idea fell through because they couldn’t find a way to control the bubble size it’d form.

The Snapping shrimp is the definition of small but mighty. They aren’t part of the big animals’ club in the ocean, but they pack a mean punch! A mere glance at the small creature gives you no idea that it has such force in its claw.

A movie star, a Rock & Roll legend, and a Scientist, is there anything this Alpheidae can’t do? Nothing, except hurt a human. Keep an eye out for this species – there may be more surprises to come!