How Lobsters Communicate: You Think You’ve Got Problems?

Written By Alastair Crombie
in Nature 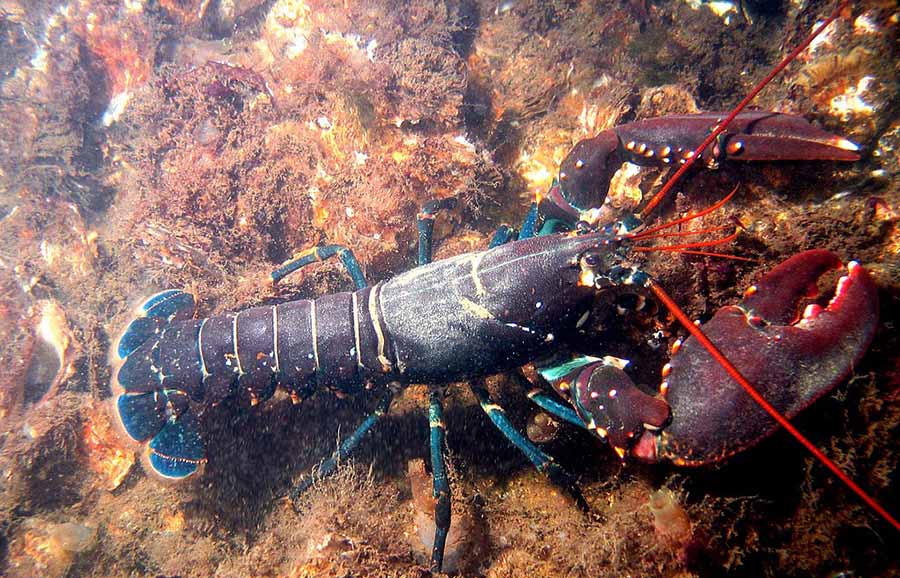 You may have heard that lobsters have no vocal cords, and you heard right (the noise that some people report hearing when they drop them in boiling water is air being expelled from the stomach). So, with no vocal cords to communicate via noise, how do our delicious crustaceans ‘talk’ to each other?

Let’s find out how lobsters communicate.

When urine is not just urine

Lobster bladders are found in their heads (lobsters have two, one on either side of their heads). They are located directly below their brains, and a lobster urinates from tracts just below their antennae. Special glands called nephropore rosette glands are connected to the urinary tract. These nephropores produce pheromones that can be injected into the urine stream and used to signal intent.

This urine release jet has been measured at up to seven lobster body lengths away. Powerful peeing!

The animal kingdom loves its urine

Of course, lobsters are not the only animals that communicate via urine. Indeed, a lot of animals use pee as a signal, including our best friends, dogs. They use their urine as a way of marking territory. But not many creatures have the audacity to pee in each other’s faces.

Scientists believe that most of this lobster ‘communication’ is about mating behaviors. Lobsters are solitary animals and quite grumpy. They don’t like mixing with other lobsters. Often, and particularly with males, two lobsters in the same territory ends in fights. They might have a ‘who’s got the biggest claw’ competition first, but if that doesn’t sort it out, they’ll be a few rounds of clawicuffs to establish crustacean dominance.

What are they communicating?

The winner receives first dibs on the premium real estate and attracts the first females. But how? It’s not like there is an audience to the lobster equivalent of fight night. And that’s where the pheromones come in. Researchers believe that somehow the winning lobster’s urine smells differently, which is used as a message. It is possibly to do with the level of pheromones and how much serotonin the triumphant lobster produces. These chemical changes ‘smell’ differently to a female, making it more likely they will come to that particular male.

But what about the females?

Don’t the female lobsters get a chance to pee-talk as well? Oh yes, not to be left out; the females use their seductive urine to soothe a potential mate.

If a female approaches a male burrow and likes the smell of his urine, she will cautiously move closer until she can urinate in his face. This sexy move seems to reduce the male’s aggression and signify it’s time to shack up together.

Female lobsters will move in for approximately two weeks, during which time they will mate, and she’ll take the opportunity to shed her shell. A lobster is vulnerable without its protective shell, so the female reduces the risk by doing this while having the additional safety of the male burrow.

But once the two weeks are up, the female will move out, and the male can start peeing for the next lucky lady.

Why would you pee from your face?

A lobster’s primary protection comes from its large front claws. When burrowing, a lobster goes in backward so that its claws are available for defense. If the lobster were to pee from the rear, they would very soon be sitting in a pool of their pee. A bit like that old adage about peeing in a wetsuit to keep warm, the lobster would quickly be pretty smelly.

But more importantly, the all-important pheromone messages would not be distributed towards any oncoming lobster. Our crafty crustaceans solve this tricky issue by urinating from their faces.

Read more: What Is The Black Swallower Fish & Should You Be Scared?

How do lobsters communicate? Through their pee. It’s the kind of information you didn’t know you needed. And now you know the answer to that burning question; maybe it’s time for some lovely lobster meat. Boiled lobster, melted butter, and something cold in your glass. Mhmmm.

We’ve also shattered the myth that lobsters mate for life. It is, in fact, only two weeks. But for those two lovely weeks, urine is the language (or at least substance) of love.

When Was Toothpaste Invented?