When Was Toothpaste Invented? 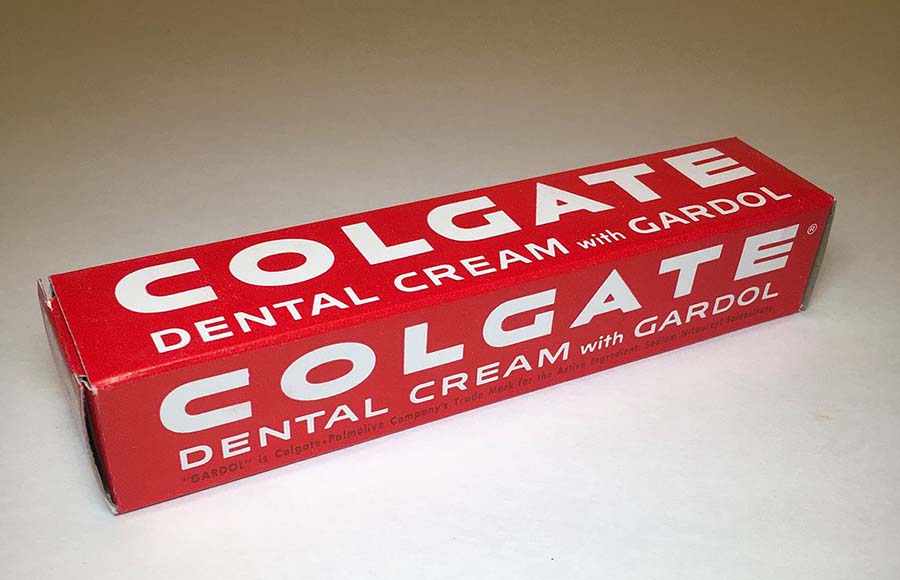 Just like that of the deodorant, the history of toothpaste is an interesting and educational story. In many ways, humans have been brushing their teeth in a similar fashion for 7000 years. For all our technological progress, oral hygiene hasn’t come that far from its humble beginnings. We may have moved away from ground charcoal, horsehairs for bristles, and mint or betel nut as a flavoring, but the basic idea has been the same since antiquity.

Historians believe the first form of toothpaste to be a powder used by the ancient Egyptians. Sometime between 3000 – 5000 BC, wealthy Egyptians looked after their teeth using a concoction of ashes of ox hooves, eggshells, pumice, and possibly myrrh. The ingredients were stored as a powder and mixed with water at the time of application, using a finger. It seems the abrasion of teeth was the name of the game in those days.

The Romans & The Chinese

Pushing on to around 500BC, the Greeks and Romans added a few more toothpaste ingredients to the mix. With abrasives like crushed oyster shells, bone, and rock salt, they increased the cleaning power of their toothpaste. And being the advanced civilization they were, the Romans sought to add flavorings. Although how good powdered charcoal and bark could taste, who knows.

Independently, China and India were also using toothpaste of a similar design. Except, they had come much further with flavorings, and their toothpaste recipe included Ginseng, herbal mints, and salt.

Both the Romans and Chinese were still chewing sticks as their primary source of toothbrushes.

From around 0AD, there was a 1500 year pause in development. Toothpaste formulas spread from the Far East and the Mediterranean to the rest of the world. And while individual ingredients may have changed depending on availability in certain countries, the basic concept stayed the same.

Toothpaste may have taken a pause, but the toothbrush had a significant breakthrough. Somewhere in the 1400s, the Chinese are credited with developing toothbrushes from bamboo or bone. With the first natural bristles made from pigs’ hair. Animal hair was used consistently for bristles until the invention of nylon bristles in the late 1930s.

The 1800s and toothpaste tubes

It wasn’t until the 1800s that toothpaste development began to accelerate. In the first half of the century, soap was added by a dentist called Peabody. This was the first real change in toothpaste for hundreds of years. Almost immediately afterward, chalk was then included by John Harris in the 1850s. Soap and chalk would continue to be essential ingredients well into the 1900s. Toothpaste was still a powder at this point and would remain so for some time yet.

Colgate is credited with being the first mass producer of toothpaste (or tooth powders, technically). They began manufacturing toothpaste in glass jars during the 1870s. With the advent of mass production, toothpaste spread to rich and poor alike.

But soon a Dr. Washington Sheffield believed the dipping of toothbrushes in a communal jar was unhealthy. To combat this, Sheffield made the first toothpaste tube in the 1890s. These tubes were similar to those we still use today, except the first ones were made of lead. An unfortunate side effect was that the lead tended to leach into the paste. Most of these still contained heavy-duty abrasive agents and soap and would do so until two significant breakthroughs for oral hygiene.

The first of these was fluoride. 1914 ushered in the era of fluoride toothpaste after scientific studies showed its benefits. It rapidly became a standard component and was common in almost all pastes by World War II.

World War II also saw the change from lead to plastic tubes due to a metals shortage.

The second significant toothpaste discovery came about in the 1940s with the development of sodium lauryl sulfate. This is an ingredient still found in toothpaste today. It is an emulsifier (a kind of foaming agent) that allowed soap removal and hastened the change from powders to the type of pastes we know today. Manufacturers added other chemicals and detergents during the 50s and 60s.

From the 1980s, dentistry research has developed all sorts of ingredients to be included in modern toothpaste formulas. Improvements include whitener, zinc, flavoring, and chemicals for healthier gums, better enamel, and to help with bad breath. They have even made a version for astronauts, so they don’t have to spit in space.

What’s in store for toothpastes?

The history of toothpaste is a tale of two halves. With the Egyptians and Babylonians at one end and the 1800 to-1900s at the other.

But now, with the massive advances in science being made, who’s to say what the next significant ingredient will be. Whatever it is, it’s got to be better than the cattle bone, oxen hooves, and burnt eggshells of Greek and Roman concoctions.

One thing for sure, if you want to avoid tooth decay and cavities, plaque buildup, and the dentist, you’ll need to keep up your toothbrushing practice for a while yet.

What Is A Deafening Silence?

How Lobsters Communicate: You Think You’ve Got Problems?