Written By Steven Cruse
in Sport 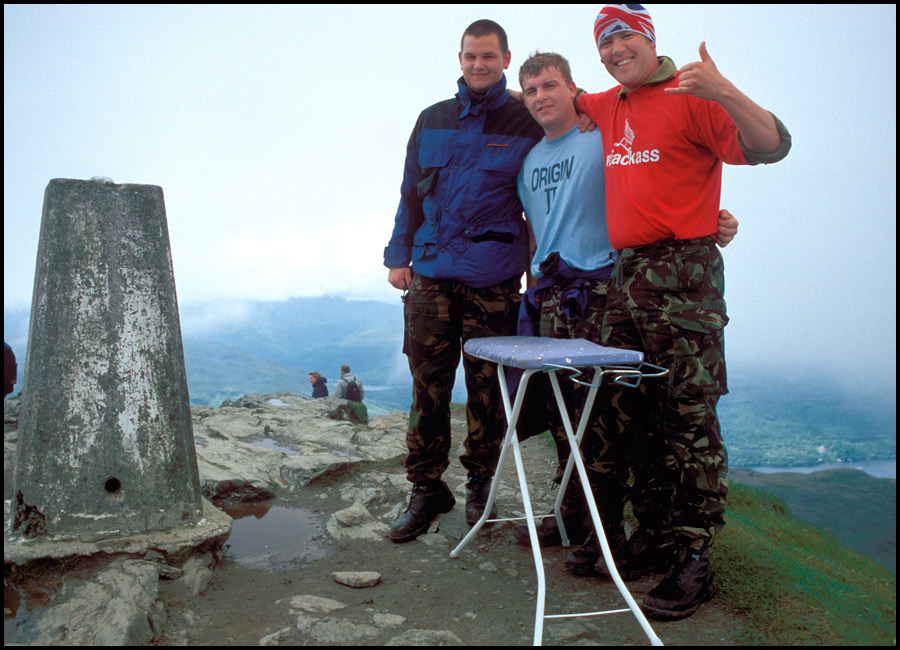 We all know the satisfaction brought about by a well-pressed shirt. But sometimes, it’s just not enough. That’s where Extreme Ironing steps in. But how do you make ironing extreme?

What is Extreme Ironing?

Extreme Ironing is an intense pursuit where athletes (can we call them athletes?) lug ironing boards and an iron to remote locations to do their chores. What started as a silly notion now has a world championship and a governing body in the form of Extreme Ironing International.

How did Extreme Ironing start?

In England, in the 1980s, Tony Hiam’s brother-in-law’s love for well-pressed clothing led him to carry an iron and an ironing board to the strangest of places. He even brought it camping with him on occasion. Inspired, Tony began ironing his clothes in random places as an absurd challenge to make fun of his brother-in-law.

But it wasn’t until Phil Shaw took his ironing board rock climbing in 1997 that the sport took off. He decided to take extreme Ironing abroad and visited the US, Fiji, New Zealand, Australia, and South Africa.

While on his tour, he met a group of tourists from Germany and formed Extreme Ironing International.

Within a few years of its foundation, this new extreme outdoor activity had its world championship. Around this time, the sport began to get a lot of media attention and even produced a documentary focusing on the British team’s efforts at the Extreme Ironing World Championships. The British team won a gold and bronze medal at the event.

The event was held in Germany and featured teams from six countries. Teams were challenged to find the most creative extreme ironing spots in designated locations such as an urban landscape, a river, and a forest.

In the documentary mentioned in the previous section, a rivalry is noted between the Extreme Ironing Bureau and Urban Housework. Urban Housework is a breakaway movement, which uses vacuum cleaners in similar environments to those who iron.

Extreme Ironing doesn’t appear to have any limits, and those involved have used their irons in some truly extreme places across the world.
Here are some of the most extreme ironing moments.

Ironing at Everest Base Camp

In what is believed to be the Extreme Ironing world record for the highest altitude ironing. Two men ironed a British flag on Mount Everest, at 5,440m (17,850ft).

Bungee Jump Ironing is even a breakaway sport in its own right, with many considering it the most extreme iteration of an already crazy sport.

Imagine doing the most extreme sport of them all. Then imagine doing it holding an ironing board and iron. That’s what three men enjoyed together, holding the ironing board between them and pressing their clothing as they fell through the air.

173 divers took their irons to the ocean’s depths, giving the sport an excellent boost in the media.

Another diver took an Extreme Ironing world record when he dove to 42m (138ft) in Italy.

Shaw came out of retirement, for a marathon, after 11 years away from Extreme Ironing. He ran the Hastings Half-Marathon with an ironing board tied around his neck, ironing garments as he ran.

Is it an official sport?

Extreme Ironing is very much a tongue-in-cheek activity. Most of its appearances in the media have garnered attention because of its ambiguity. Is it a sport? Is it a joke? Who knows! Maybe it will eventually become an Olympic sport.