Written By Natalia Cooke
in Life 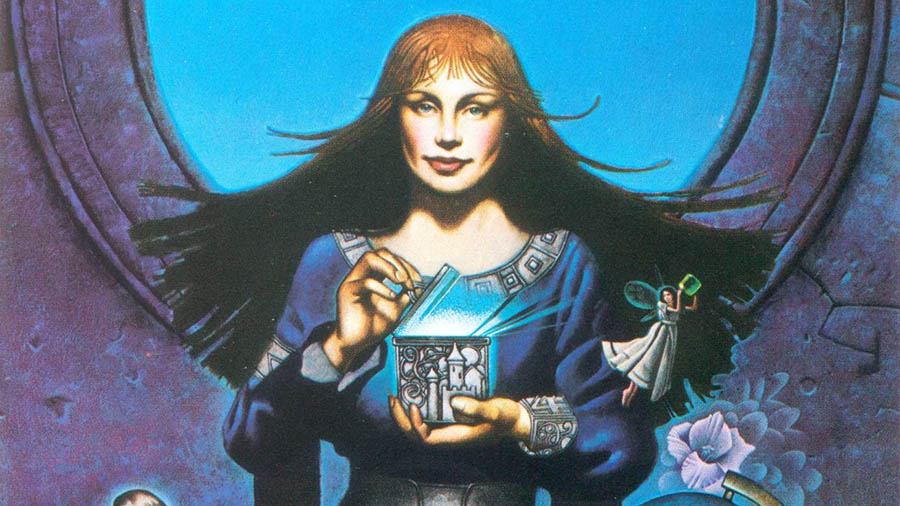 The Secret is 1982 book that serves a the basis of a treasure hunt started by Byron Preiss. Twelve treasure boxes were buried at secret locations in the United States and Canada. As of November 2019, only three of the 12 boxes have been found. (Photo: Boing Boing)

Byron Preiss’s novel The Secret set in motion a 30-year treasure hunt that has yet to be solved. Dotted throughout the story, there are 12 clues describing hidden keys around North America. Until this day, only three have been found. Treasure hunters still desperately try to solve the clues in the hope of uncovering the next treasure in the secret treasure hunt.

Published in 1982, The Secret is a fantasy story about nature versus human civilization. Byron Priess describes a race of mythical creatures known as the Fair People. As humans spread across the planet, these creatures find themselves in danger. When humans cross the Atlantic Ocean, leaving the Old World for the New World, the Fair People go into hiding. With them, they take their most precious treasures, known as “wonderstones.” If humans can decipher the maps and solve the riddles, they will be rewarded with finding these precious stones. In return for these gems, humans will allow the Fair People to come out of hiding and live in peace.

Inspired by a British artist

The Secret is part of a tradition of “armchair treasure hunts” popular in the late 1970s and early 80s. The genre was created and defined by Kit Williams’s novel Masquerade. Considered the most famous and successful of the genre, the story acts as a guide to find an 18-carat rabbit pendant hidden in Bedfordshire, England. This story provided the stimulus for Preiss, who also used riddles and maps to reveal his secret locations. While it didn’t receive as much critical recognition, Preiss’s novel is still hugely popular today.

Read more: Hoba, the Meteorite that Skipped Through Space

Preiss gives the reader clues to find these secret locations in the form of riddles and maps. Each hiding place is described by a verse which hints at the location using riddles. Adjacent is a picture, which often contains a map. For example, many believe the Golden Gate Park is hidden in the lady’s dress on the San Francisco clue. Buried at these locations is a clear box containing a casque, a small ceramic container. Inside the casque is a key. These keys were then to be exchanged with Preiss for the “wonderstones” or precious gems, worth a combined total of $10,000.

Sadly, this fantastical dream of humans liberating the Fair People was never realized. As of writing this article, only three of the 12 casques have been found. Preiss travelled around North America burying his 12 treasures, revealing the locations to no one. In 2005, Preiss died unexpectedly in a car accident. With him, he took the secret of the remaining casques.

The first casque was discovered only a year after the book was released. Three teenagers successfully deciphered Preiss’s riddle map to uncover the secret treasure hidden in Chicago’s Grant Park.

It took a staggering 20 years for the second location to be revealed. Sadly, this was the last clue Preiss would see solved in his lifetime. Brian Zinn, an attorney from Cleveland found the casque in the Greek Cultural Garden.

Read more: La Casa Del Arbol and the Swing at the End of the World

In 2019, a French treasure hunter claimed he had deciphered one of the clues and had located the third treasure in San Francisco’s Golden Gate Park. In order to protect the park and the natural features, treasure hunters have to be accompanied by a Treasure Ranger. The hunter, accompanied by the treasure ranger, discovered what was believed to be the third casque. With Preiss no longer able to authenticate the casques, Joellen Trilling was called in. As the artist who made the original casques for Priess, she is the last person able to confirm the authenticity of the casques. Upon seeing this discovery, she confirmed it as a fake. Many believe that the French man buried it himself as part of a hoax.

Later that year, another casque was found at a construction site in Langone Park, Boston. John Krupat and his family thought they had solved the riddle but were unsure how to access it. They believed it was hidden under the home plate on the softball pitch, something they couldn’t just dig up on a whim! When John saw construction at the site he believed contained the casque, he approached the workers to let him look. The construction team later unearthed the treasure and emailed John. The third casque was confirmed by Joellen as genuine, leaving nine casques still to find.

Perhaps the remaining hidden treasures will never be found. However, for many treasure hunters, the joy is in the hunting. The Secret still has a strong following of passionate treasure hunters who use forums to share tips and ideas. For them, the lure of the treasure is less important that the hunt. And there’s something beautiful about that in today’s world.