Written By Steven Cruse
in Science 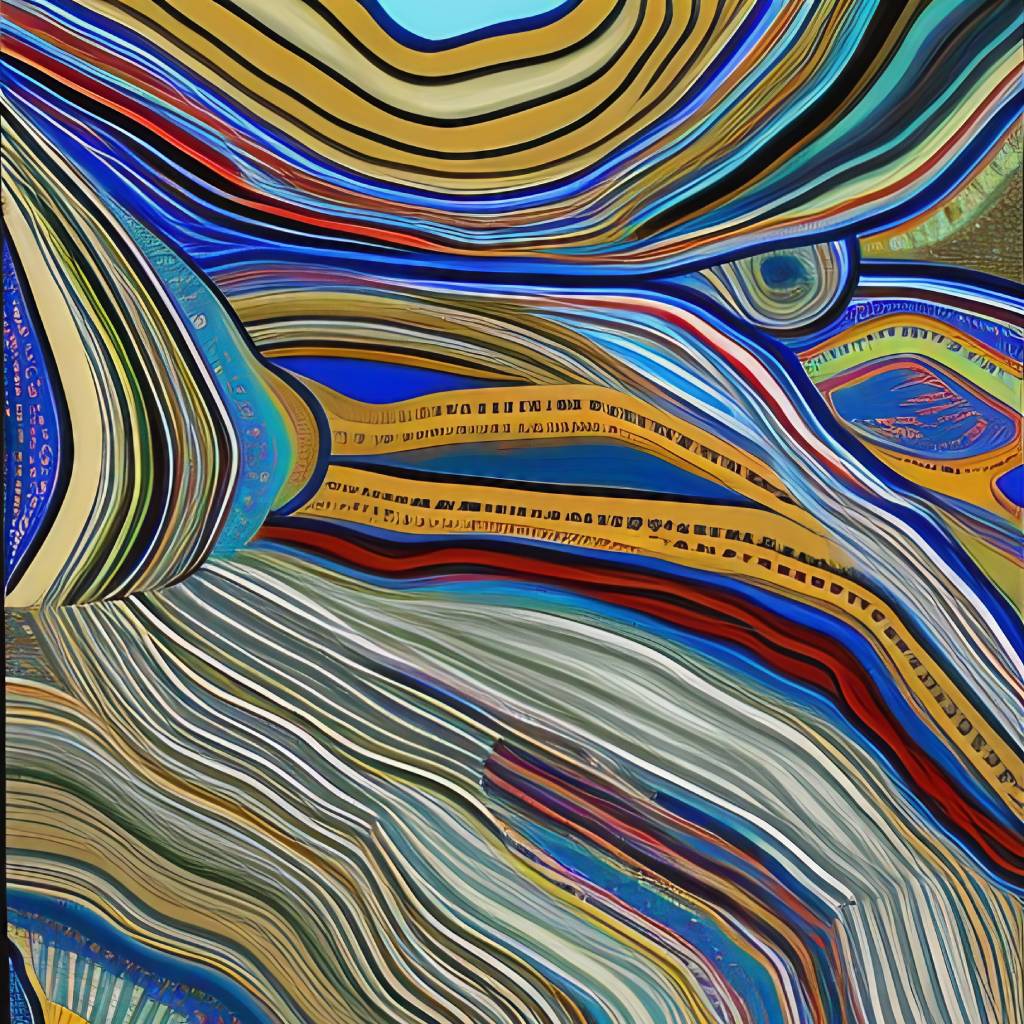 A painting of Fordite. (© Odd Feed)

It may sound like the name of a precious gemstone, but fordite is actually a by-product of automotive paint application. However, that hasn’t stopped designers from recycling it and selling it as jewelry!

Sometimes referred to as “Detroit agate” or “motor agate,” fordite is actually little more than a fancy name for hardened automotive paint slag. That said, it’s so vividly splendid that it looks like a precious mineral, one which formed in the Earth’s crust over the span of millions of years.

But fordite is actually man-made. And its fascinating story is no older than a few decades.

What’s agate to fordite, or fordite to agate? (Hint: nothing!)

Despite being often sold under the swanky names Detroit agate or motor agate, fordite has no relation to agate whatsoever.

Agates—like most other gemstones excluding diamonds and peridots—form naturally in the Earth’s crust, in their case inside volcanic or metamorphic rocks. When the rocks are split open, the agates are revealed as beautiful layers, formed from bands of contrasting colors. Ever since the time of Ancient Greece, they have been consistently valued as a semiprecious stone and regularly used to make expensive jewelry.

Fordite looks very similar to real agate, with breathtaking swirling patterns of vivid and attractive colors. However, despite its gecko-like abilities to mimic a real gemstone, fordite is actually a man-made product. Whereas a piece of agate is made from fine, fibrous crystals of quartz, a piece of fordite is unglamorously made from—enamel slag!

What’s in a name: fordite, Detroit agate or motor agate?

Fordite got its name from the Ford Motor Company.

From the 1920s to the 1980s, Ford and several other car companies used acrylic car paint and a specific type of paint process which resulted in the formation of fordite as a by-product. Although neither the process nor the paints were specifically owned by Ford, the name quickly caught on.

Moreover, as Ford was headquartered in Detroit—as were the other two of the “Big Three” auto manufacturers, General Motors, and Chrysler—the city swiftly became the Mecca of fordite production. Hence, the other two names, Detroit agate and motor agate, the former one honoring the faux jewelry’s place of birth, and the latter one a nod to Ford’s biggest rival, General Motors.

The unthought-on accident is guilty: the origin story of fordite

The origin of fordite is quite an interesting story and as all great stories, it begins long before its protagonist even existed.

Cars were invented in 1886, but they didn’t become widely available until 1908, when the Ford Model T was launched, kickstarting the rapid adoption of cars in the US.

Now, Ford Model T was black—as were pretty much all cars at the time. During the infancy of the American automobile industry, color was not an issue for either producers or owners.

The by-products of spray painting

This is how hand-spraying was done.

Each car would be taken to a painting bay and mounted on special skids or tracks. The car bodies would then be sprayed with enamel paints. As each paint color was applied, excess paint spilled over onto the skids of the painting bays, getting stuck in the grooves. Each new color added another layer to these buildups of paint slag, eventually creating the agate-like pattern of fordite.

To finish the paint job, each vehicle frame was wheeled into an oven on its skids and baked to cure the enamel paint. This meant that the car paint overspray on the skids would also be baked and hardened. Over time, the overspray would gradually accumulate and eventually become so thick that it would impede the process. The skids would then be thrown away and replaced, still covered in residual baked enamels—that is, fordite.

From rags to riches

It didn’t take long for automotive plant workers to figure out the sheer beauty of the residual backed enamels. When hardened, car paint can be cut and polished—just like a true gemstone. It sure helped that it looked like one too.

It was this that attracted the attention of post-World War II jewelry makers, and drove up the demand for fordite. Pretty soon, American lapidarists—i.e., people who collect gems and precious stones—started collecting raw fordite deposits from car factories.

Those thrown-out tracks and skids suddenly became something quite valuable—”fordite ore mines”!

Beauty, truth and rarity: or, why is fordite so expensive?

Although water-based enamel paint is still widely used in the car industry today, the way in which the paint is applied has evolved a lot.

Rather than hand-spraying the cars, most carmakers now use a more efficient electrostatic process. This new method is not only faster and cheaper, but also much cleaner—which has been an requirement for car manufactures ever since the Volatile Organic Compound (VOC) regulations were introduced in the 1980s.

Unfortunately, as the electrostatic process pretty much magnetizes the enamels to the car bodies, far less enamel paint builds up on the skids today, if at all. As a result, those “fordite mines” have been pretty much a thing of the past for decades, making fordite a prized commodity for jewelry designers and lapidarists alike. Especially in the US.

Each fordite plays many parts

One of the most incredible things about fordite is that each piece helps chart the history of the American automotive industry. The layers on every piece of fordite tell the story of different car marques, models, and special editions that are no longer in production. The most sought-after pieces even contain paints from special color runs of limited-edition cars that are as highly coveted by gemstone enthusiasts as the cars themselves are by car collectors!

All hail fordite, the industrial gemstone of our times!

Almost as soon as factory workers first began taking raw fordite pieces home, artists and jewelers realized how suitable the material was for making jewelry. With the techniques that produced it becoming obsolete—and fordite thus becoming as rare as a fire rainbow—it has only gained in popularity since. In fact, it is currently considered a booming industry.

Like any natural gemstone, fordite can be polished to make it smoother. As an added bonus, polishing it brings out the dramatic hues of each color, making fordite jewelry pieces even more appealing. There’s a reason why Cindy Dempsey—the founder of one of the world’s first fordite jewelry companies, Urban Relic Design—desribes the material as an “industrial gemstone;” in many ways, it is nothing less.

Taking Care of Your Own: the GI Bill History