The Grotesque Answer to How Do Starfish Eat? 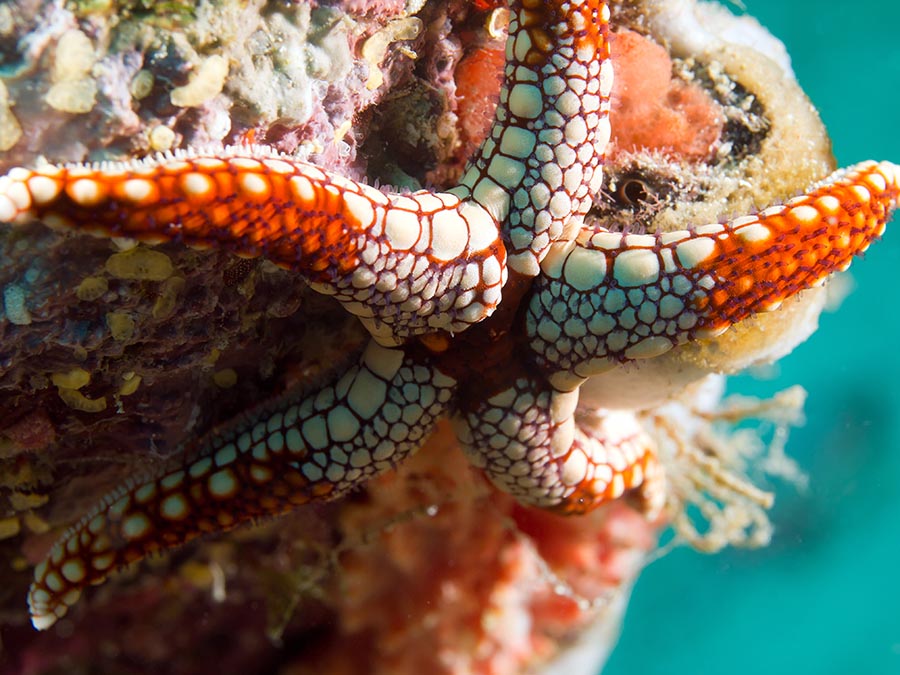 You can find starfish decorating the hair of mermaids in cartoons or dwelling harmoniously alongside some mussels and clams in a rock pool on the shore. So, these pretty, five-armed creatures are harmless, right?

Well, no. This is one of those times that looks are deceiving. Starfish (also known as sea stars) are carnivorous animals, preying on other smaller marine animals like crustaceans, corals, clams, oysters, and mussels. How do starfish eat and digest prey with a shell? If you’ve ever tried to pull the shell of an oyster or mussel open, you would appreciate the strength a starfish needs to open one and eat it. Starfish have found a unique way of solving this problem.

When most starfish get hold of a clam, oyster, or mussel, they wrap themselves around the shell. A starfish has hundreds of little tube feet with suction disks on the ends that attach to the unfortunate creature’s shell. The tube feet start pulling, and if they get tired, the starfish change tube feet to give the others a break. Once the shell has opened with a tiny, nearly invisible crack about 0.004 inches wide (0.1 mm), the starfish’s stomach comes out of its body and starts secreting digestive enzymes into the shell. Since the poor little animal inside is being eaten alive, its muscles eventually weaken, and the shell opens completely. Now the starfish slurps up the partially digested prey into its stomach. After digesting a satisfying meal, the starfish’s stomach retracts back to where it belongs.

Behind the starfish’s protruding stomach trick is a neuropeptide (a short protein that carries signals between neurons) with a nifty name: NGFFYamide. The neuropeptide signals for the stomach to contract and retract back into the starfish. Knowledge like this could assist with controlling starfish predation.

Professor Maurice Elphick at Queen Mary’s School of Biological and Chemical Sciences told Science Daily more about this: “Starfish predation has an economic impact as they feed on important shellfish, such as mussels and clams. Periodic increases in starfish populations can also cause major destruction to Pacific reef tracts, such as the Great Barrier Reef, as certain species feed on reef-building corals.” The idea is that chemicals could control the feeding of starfish and predation from getting out of hand.

Professor Elphick added as a point of interest that NGFFYamide is highly similar to a human neuropeptide responsible for regulating anxiety and arousal. Let’s hope they’re only planning mind control for the starfish.