Written By Jessica Suess
in History 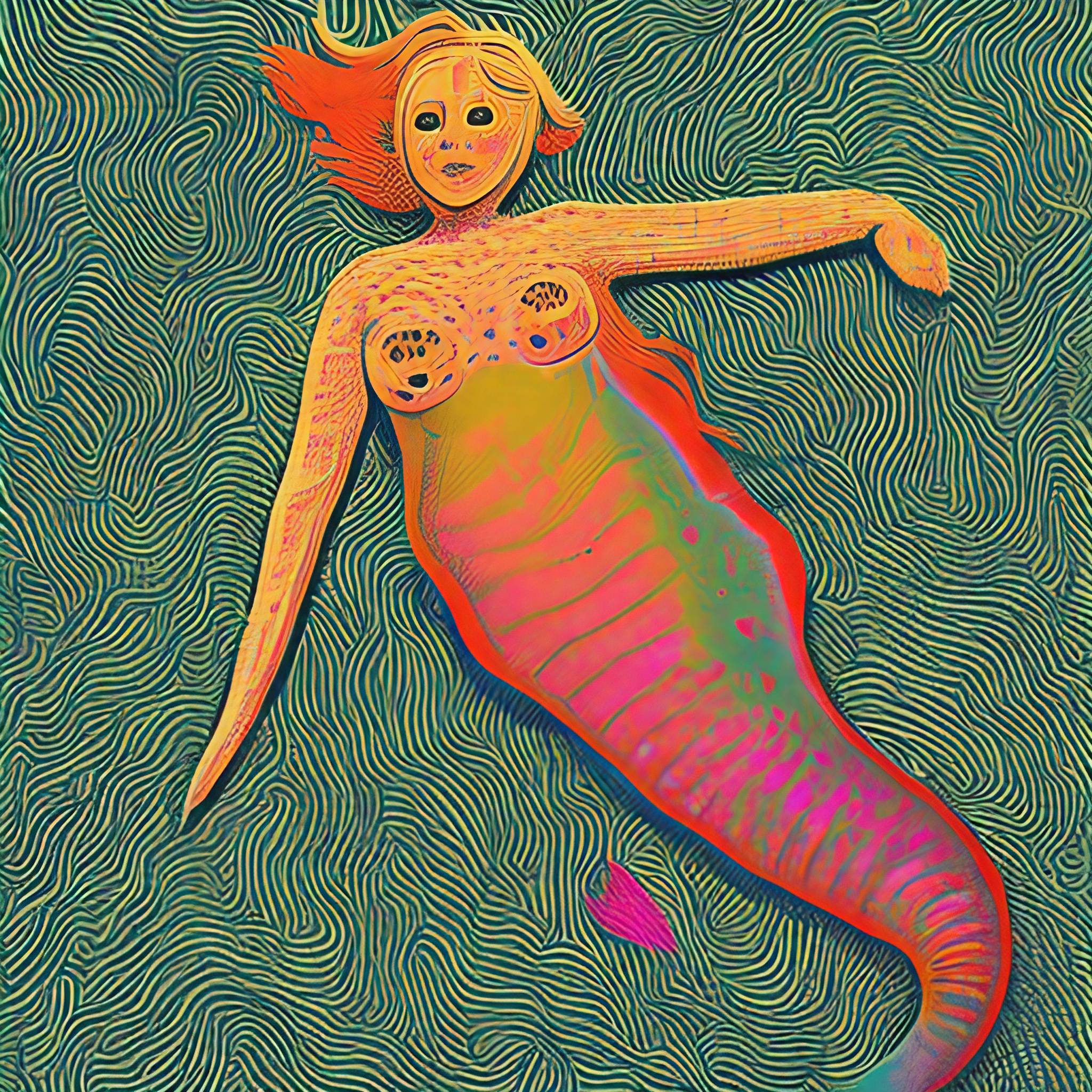 Until just recently, there lay, inside the Enjuin Temple in Asakuchi, Japan, one of the most mysterious and intriguing mummies in the world. Make no mistake, though: this was no ancient emperor of immense wealth and splendor, buried beneath layers of ceremonial gold and jewels; nor was it a medieval samurai of great renown, interred with his sword and armor. Rather, it was the preserved remains of a creature that many people believe only exists in folklore—a mermaid!

The haunting “mermaid mummy” had long been a subject of fascination and speculation for the people in the small town of Asakuchi. Many believed that the mermaid was some kind of a goddess that had come to protect them from harm, and so they treated the mummy with great reverence. Others, however, were convinced that it was nothing more than a hoax, cooked up in bygone times to fool gullible Western tourists from their money.

It wasn’t until 2022, when a team of researchers from Okayama University decided to take a closer look at the mummy, that the truth was finally revealed.

Mermaids have been a prominent figure in folklore for centuries. One of the earliest recorded mermaid myths comes from Assyria, where the goddess Atargatis (also known as Derceto in ancient Greek) transformed herself into a fish-woman out of shame, after having an illicit affair with a mortal.

In medieval Europe, mermaids were often confused with the human-headed birds of ancient Greek mythology, known as sirens. It was then that artists first began depicting mermaids as seductive creatures, luring sailors to their watery graves with their enchanting singing voices.

In Japanese folklore, mermaids are known as ningyo and are portrayed similarly to their Western counterparts, with long, flowing hair and a fish tail; nonetheless, they can also be depicted as scary and demonic. Although sometimes associated with bad luck, Japanese mermaids are usually a good omen: ningyo sightings are said to foretell good weather and a bountiful fishing season.

There is also a famous story told all over Japan that a woman accidentally ate the flesh of a mermaid once and, as a result, gained the ability to live on for centuries. She’s known as Yao Bikuni, which is a descriptive cognomen, meaning “the 800-year-old Buddhist priestess.”

Measuring 12 inches (30.5 centimeters), the 300-year-old mummified mermaid of the Enjuin Temple has the tail of a fish and what looks like the head of a monkey. It has pointed teeth and its hands are raised to its grimacing face, making it appear as if it died in a moment of great distress.

According to the 1903 letter that accompanies the mermaid mummy, the creature was purportedly caught in a fishing net in the Pacific Ocean off the coast of the Japanese island Shikoku in the early 18th century. The fisherman did not know what it was and sold it at the fish market in Osaka. Someone recognized its value and it was kept by an affluent family for many generations.

The mermaid’s remains eventually found their way to the temple, where they were originally displayed in a glass case to be worshipped by the community. Some years ago, the remains were taken off display for preservation reasons. Throughout it all, both the priests and the locals have honored them as if they once belonged to a real mermaid.

In a telling example, Kozen Kuida, the head priest at the Enjuin temple, has recently admitted to have regularly offered prayers to the mummy over the past few years, in an attempt “to alleviate the coronavirus pandemic, even if only slightly.” It didn’t even matter that he has always been skeptical of its origins.

Mummified mermaids are not only found in Japan. On the contrary, if you visited a cabinet of curiosities in England in the 18th century you may have found many similar objects, now known as Jenny Hanivers.

These were already exposed as fakes by the Swiss naturalist Conrad Gessner in the 16th century. Made by sailors from fish such as rays and skates—which already have very human-looking faces—they were sold to tourists as real mermaids from the deep. Even after being exposed as hoaxes, the Jenny Hanivers continued to be popular with collectors for centuries.

Similar fakes have appeared in other parts of the world. The most famous among them, the Fiji mermaid, was made in the 19th century by grafting the torso of a monkey onto the bottom half of a fish. Acquired by none other than P. T. Barnum, the specimen was first exhibited at Barnum’s American Museum in New York in 1842. It has since been lost, likely destroyed in a fire.

Suspecting that a similar story lies behind the Japanese mummy mermaid, Hiroshi Kinoshita of the Okayama Folklore Society initiated a full-scale investigation into the matter at the beginning of 2022.

At his instigation, the mermaid mummy has already been CT scanned by a team of Japanese scientists at the Kurashiki University of Science and the Arts, where it is currently awaiting DNA testing.

The initial results reveal what it was long believed to be the case—namely, that the Enjuin mummy is a hoax, combining the upper half of a small primate with the lower body of a fish just like the Fiji mermaid which is now also believed to have been made in Japan. Both were probably manufactured during the Edo period (1603-1867) and sold to European visitors as a Japanese oddity.

It’s fascinating to see that even centuries later, the mummy mermaid has lost none of its power to amaze and fascinate, as it continues to hold a religious significance for some. It’s very likely that future generations will continue to be intrigued by this enigmatic figure, whatever the truth about its origins may be.