Written By Steven Cruse
in Featured 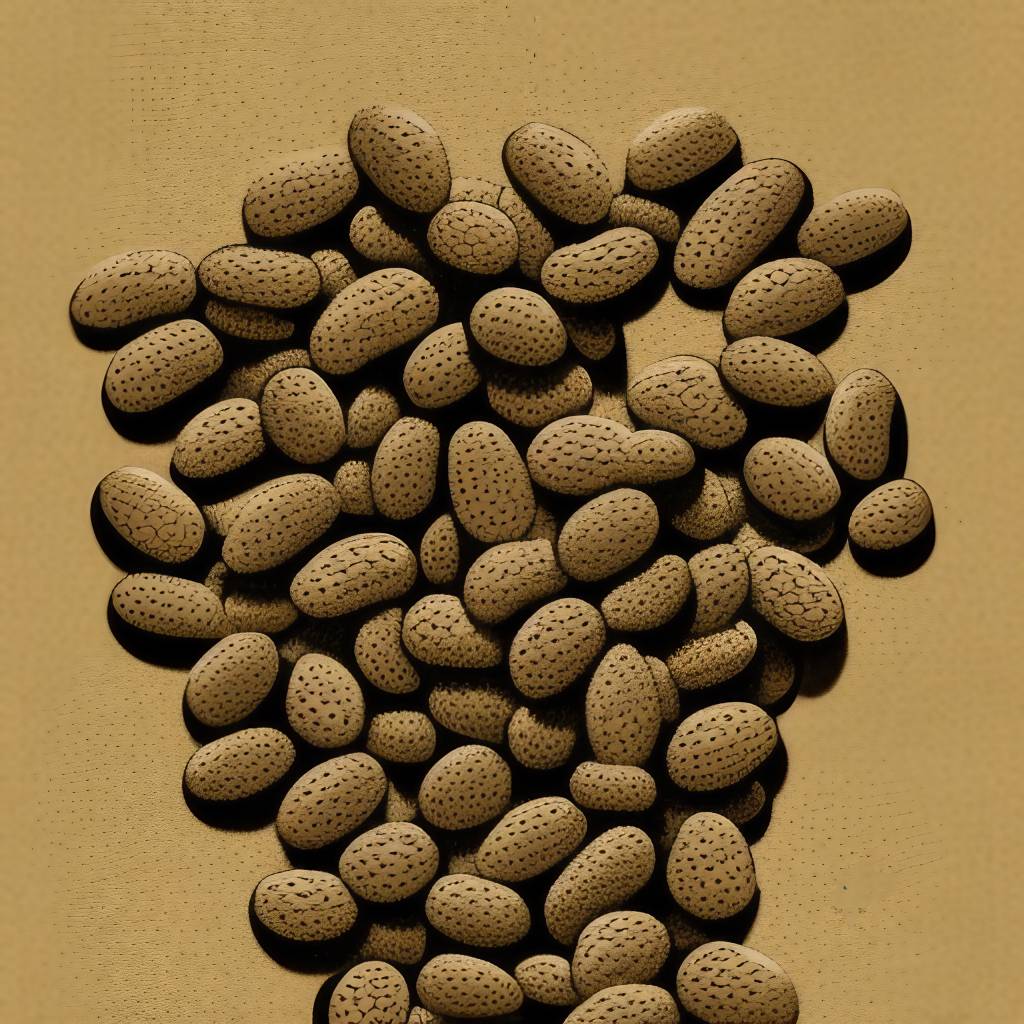 A painting of Mexican beans. You’d think that, given their name, Mexican jumping beans would be beans, but they are not; they are actually hollow seeds. Strictly speaking, they do not jump either. But they do roll, and they do twist and turn—and all due to a fascinating little creature which lives inside them! (© Odd Feed)

If you’ve ever straddled the US-Mexico border, you’ll most likely have been chased by a few local vendors plugging their tourist wares. Maybe they’re sticking sombreros on your head, or wrapping a cheap poncho around your shoulders. But one of the most popular items touted are the so-called Mexican jumping beans, or frijoles saltarines as they are usually known in Spanish.

These little beans are famed for their remarkable tendencies to jump around, seemingly of their own free will, amusing children and adults alike for generations. But what are they, really? And what exactly makes them jump?

Mexican jumping beans are not beans—but they do jump!

The Mexican jumping beans stem from a deciduous shrub called Sebastiana pavoniana (catchy right?) Rather than a legume, this shrub is actually a member of the spurge family (Euphorbiaceae) and is found growing on the rocky desert slopes of Sonora, Sinaloa and Chihuahua, states in the northwest of Mexico. The town of Álamos in Sonora is especially famous for it. There’s a reason why it’s widely known as “the jumping bean capital of the world.”

S. pavoniana is a large shrub, and can grow up to 33-39 feet (10–12 m) in height. The plant bears small, greenish yellow flowers in the spring, which give way to dark brown fruits over the summer months, most commonly in June and August. These fruits have three sections, each containing a single seed.

In springtime, as the S. pavoniana shrub flowers, a C. salitans moth will lay its eggs on a developing seedpod. An egg will eventually hatch, producing tiny moth larva inside the pod. Subsequently, the larva eats away the green seeds inside the pod, making a hollow for itself and sustaining its growth. After a few months, an adult moth emerges. This amazing life cycle repeats itself with the next generation of moths.

The most interesting part of the cycle happens after the pods have ripened, and they have fallen off the shrub. As the eggs hatch inside the pod, the larva goes on living there, attaching itself to the pod with a silklike thread, while using its outer casing pretty much as a turtle would its shell. However, turtles have an exit door; moth larvae do not. So, they eventually create one. But we’ll get to that in a bit.

First of all, it’s important to note that the larvae need just the right temperature and humidity to achieve their full growth cycle into moths. However, in the desert, the ground can sometimes get alarmingly hot. When a tiny moth larva feels the warmth rising, it throws itself against each wall of the seedpod, which in turn, causes the seed to bounce along the ground. Hence, the phenomenon, hence the name: Mexican jumping beans.

What happens when the jumping bean hatches?

After spending months inside the pod (although varying periods of time have been reported), some of the larvae make it to the end of their growth cycle. However, adult moths are jawless, so unless the moth prepares “a trap door” in time, they might die of warmth in the seedpod—which, in that case, becomes their grave, just as it had been once their cradle!

So, just before the larva reaches the pupal stage, it eats a small hole—a sort of a circular exit door—through the outer casing of the seedpod. Around this time, the jumping usually intensifies, as the larva spends some time moving around and closing the hole with a silken plug, through which the adult moth can easily fly away when the time comes.

Afterward, the larva weaves a cocoon within the seed, and enters the pupal stage, during which the jumping stops completely. In the spring, the moth forces itself through the cocoon and out the circular door, finally emerging from its months-long isolation, and flying off to pastures green to start the process again. For better or for worse, this doesn’t last long: this small, gray-colored moth lives for no more than a few days after emerging from its cocoon.

A quick glance at the internet suggests that many people wonder if Mexican jumping beans are illegal in the USA. In short, they are not, as they are neither toxic nor do they pose any serious danger to the environment. Even so, some people claim that they should be, suggesting cruelty as a reason, and the possible environmental impact the moths could have on other eco systems when imported.

The cruelty claims stem from the moths being subjected to strong heat for the purpose of human amusement, which might harm or kill many of the growing larvae. However, only a tiny percentage of the moth larvaе actually grow into adult moths in the desert. Moreover, the heat is a necessary part of that process.

The environmental concerns surround the introduction of what could be classified as a pest into another country. However, due to the moth’s reproductive habits, it cannot spawn unless it has access to the shrub it typically uses, namely S. pavoniana. Since the shrub is endemic to the northern parts of Mexico, C. saltitans can only be found there and nowhere else.

Back in 2012, a team of scientists at Georgia Tech spent some time studying the movement of Mexican jumping beans. Their goal wasn’t to discern the internal mechanisms which help the beans jump, but rather to understand if the motion was random or not—and whether it can be useful in robotics!

To this end, they built a 12-lane racetrack and placed an electric heating blanket under it, using different heat settings to motivate the jumping beans to move at different speeds, and possibly in different ways. And then—they observed them race! Science is, indeed, fun!

Through experiments such as these, the scientists eventually confirmed their hypothesis that the movement of the jumping bean larva is both activated and controlled by temperature, as it constantly moves away from such that might kill it. Also, they discovered that different larvae have their own preferred temperatures, which is what makes some of them move faster than the others.

The goal is to implement some of these findings into building tiny robots “with low intelligence and power needs.” Indeed, the jumping bean moth is quite exceptional not only in that it employs basic rolling as a mode of locomotion, but also in that it is able to constantly sense its surroundings despite using an armored shell!

So, the next time you see a Mexican jumping bean, remember that this little creature is not only fascinating in its own right, but also potentially useful in the development of new robotic and sensing technologies.