Written By Anne Halton
in Want 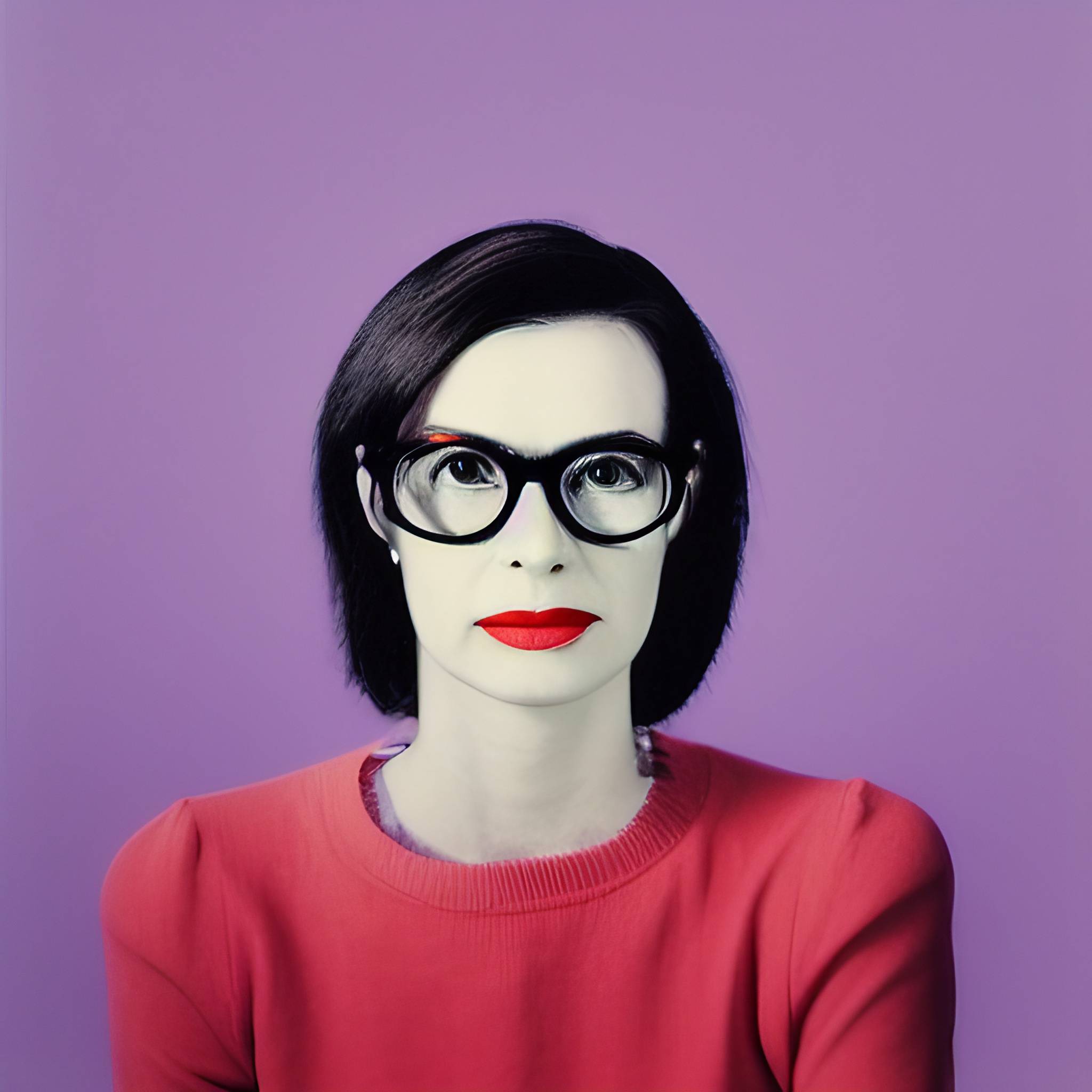 Personally, I am very thankful that I seem to be one of the 5% of people who do not suffer in any way from the affliction of travel sickness. I am, however, afflicted with a family who cannot go near a plane, car, train, or bus without all the rigmarole of finding seats facing the front, sitting above a wheel, taking anti-sickness medication, or wearing special wrist bands, none of which it has to be said, seems to make any difference to their problem with motion sickness. As for boats and ferries, even I am forced to admit, that there have been some occasions when I have stepped off a ferry after a rough crossing and have felt as if the world around me is still moving. Motion sickness glasses could have been a godsend in all of these situations.

Read More: Taipei forest bus has everyone lining up for the daily commute

Since man’s ability to travel began with the invention of the wheel and the first boarding of a boat, the problem of motion sickness has caused problems for millions of people. It was first mentioned by Homer in his epic works about the Trojan wars, The Iliad, and The Odyssey, and was clearly a phenomenon that was well known to the Ancient Greeks, causing symptoms of pallor, cold sweats, and giddiness, followed by extreme nausea. Records show an illustrious array of sufferers followed, with evidence showing that Darwin, Nelson, and Churchill are all included among those who have had problems. There are reports of passengers in the past, perishing on long-distance sea voyages, as a result of dehydration caused by the onset of travel sickness, and some believe it could even have contributed to the defeat of the Spanish Armada in 1588. More recently, space travel has caused further issues, with 60% of space shuttle astronauts experiencing symptoms of motion sickness during their first flight. If they have problems after months of intensive training, there seems to be little hope for those who may dream of being a passenger on flights such as the Virgin Galactic space trips. Who would want to buy a $250,000 ticket to feel ill?

The strangest of remedies

Not surprisingly, with what has been a huge problem for so many people, there have been many attempts to find a solution. These range from suggestions that seem to lack any real medical or scientific basis, such as sitting on brown paper, and dabbing water behind your ears, to what seems more sensible options, such as eating little and often. The fact that there are so many different cures may be an indication that they each have limited success and that different people respond to them in different ways. Some are downright bizarre, such as taping a penny or an aspirin tablet to your tummy. Oddly some people swear by these techniques. This is probably because motion sickness is essentially a trick played on us by our senses, not a sickness that can be cured. The best we can hope for is prevention.

It is thought to be caused by the inability of our inner ear to match the visual signals we receive when we travel at a pace that is more rapid than that of the two legs we have been given. We have outstripped evolution when we travel at speed, and it can make us feel very ill. It seems that men generally suffer less than women and the very young and very old seem to have no problem with motion sickness. It may be that the very young do not have well enough developed balance perception to be affected and that in the old, these senses are not as sharp as they once were. 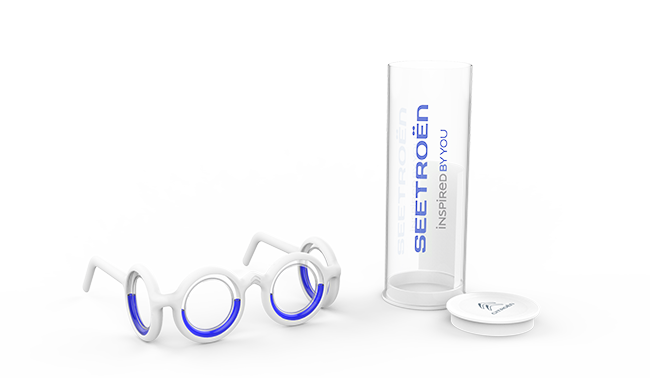 Now, however, there does seem to be a ‘cure’ that may help most sufferers. Motion sickness glasses have been designed to tackle the root cause of the problem. French firm Citroen announced their innovative glasses’ design in July 2018. They are worn like any normal pair of glasses but, in fact, contain no glass in their apertures and use what is known as trademarked, Boarding Ring Technology. The hollow frames of the spectacles are half-filled with a blue liquid which moves inside the frame when the wearer experiences movement or acceleration. The liquid creates a false horizon in the wearer’s peripheral vision without affecting the central vision area, compensating for any mixed messages between their sight and sense of balance. These mixed messages are what normally cause the symptoms of motion sickness, so by canceling them out, the manufacturers claim that they can cancel out the unpleasant symptoms too.

How do motion sickness glasses work?

So far, their claims seem, like their glasses, to hold some water. The traveler starts to wear the glasses as soon as they experience any sign of motion sickness and are told to focus on a steady, unmoving object. This could be a book or a tablet that they are reading or any stable reference point. This stability then counteracts the other mixed messages that the brain receives from other senses. After just ten minutes, the wearer can remove the glasses and continue with the rest of their journey, free from any feelings of sickness. As there is no glass in the ‘lenses,’ spectacle wearers can use the device as they can be worn over the top of a pair of normal glasses.

So, could these motion sickness glasses put an end to the misery endured by many on their travels? Encouragingly, the answer does seem to be a yes. In trials, 95% of wearers found them effective in helping them overcome their symptoms. There is one small drawback. Unlike conventional spectacles, motion sickness glasses have an extra pair of apertures on their sides, giving the wearer a rather peculiar four-eyed look. Citroen has tried to overcome this by appointing a Parisian design studio called 5.5 to give the glasses a trendier look. I’m not sure it worked, but to be fair, ten minutes of looking like a four-eyed bug is a small price to pay for anyone who has had to endure hours of travel sickness.