Written By Anne Halton
in Culture 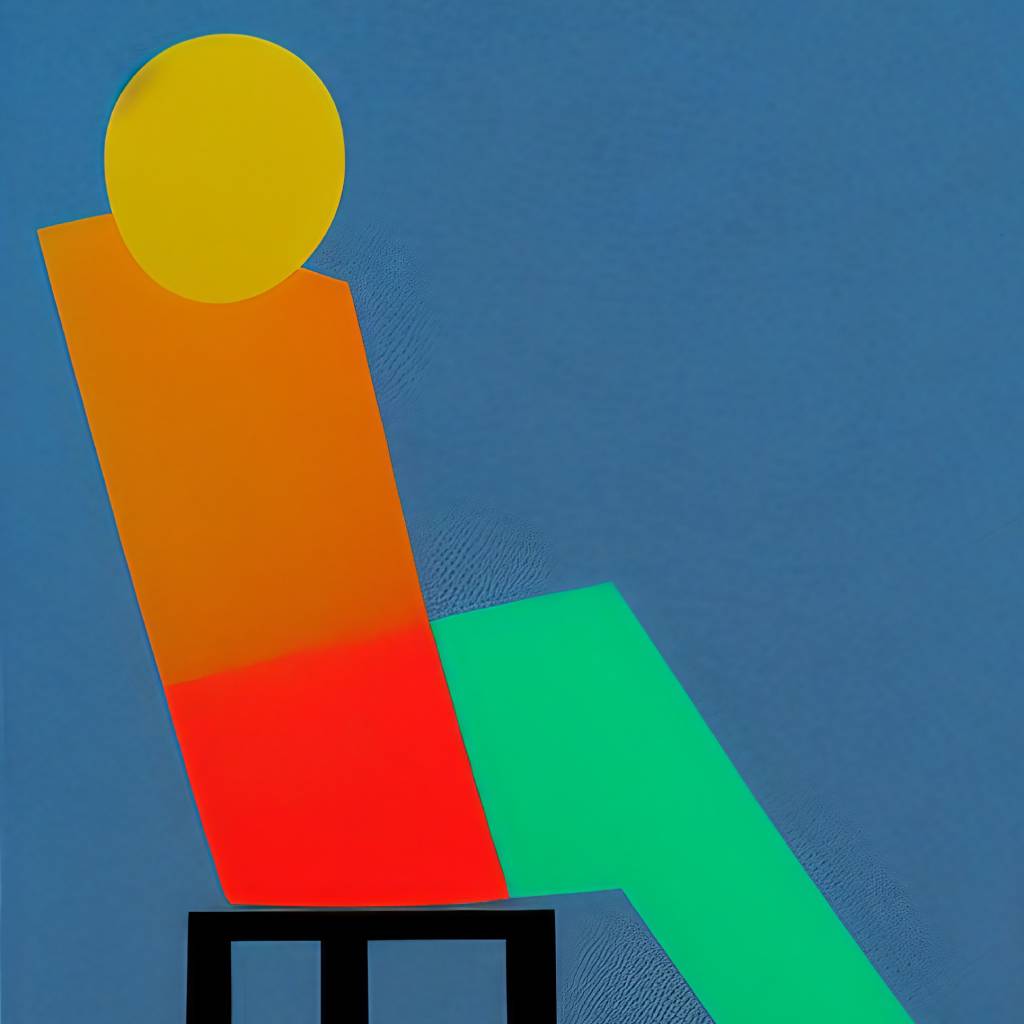 Abstract painting of man in chair

As a woman of above average height,( 5’10’’), I have to confess to a vested interest in the innovative anti manspreading chair created by a young Norfolk design student. Being tall means that I often need a little extra leg room than most public seating spaces allow for. To make things even more uncomfortable, the situation can become a whole lot worse when you encounter a man spreader.

Man spreading is the thoughtless behaviour of some people, typically men, to sprawl in such a way, when they are seated, that they encroach on their neighbour’s space. Literally spreading their legs wide apart means they not only use up all their own room, but that of their neighbours, forcing them to squeeze into a much tighter space. In my experience no amount of nudging or passive aggressive sighs and glares ever seems to dislodge a man -spreader.

Laila Laurel began researching the phenomenon as she travelled on trains to and from work . Her research became the basis for a year long project as part of her studies at Brighton University, entitled,‘Feminism in The Third Dimension’ in which Laurel hoped to address some of the sexist issues faced by women through design solutions .

The result was her award winning anti manspreading chair which channels the occupant’s legs together, confining them to their own space. While this is intended for a male occupant, Laurel also produced a matching chair which forces the sitter to spread their legs apart, which is her way of encouraging women to take up more space.

“I think men have a tendency to command space and require women to move for them far more than vice versa,” she claims. “In order to achieve gender equality it is imperative to consider many different aspects of sexism.” The matching triangular chairs have an appealing appearance and are made of sycamore and cherry wood. The pair of chairs scooped the prestigious Belmond award at the New Designers in London exhibition which showcases the work of University students.

While many appreciated this neat solution to the man spreading issue , Laurel received something of a negative backlash in comments about her design in on-line forums including being a ‘man hater’.  Her critics seem to have missed the point, like all good design, Laurel ’s is designed to make us think, she admits the chairs are “more of a concept and not necessarily a functional design”. She continues, “I think humour is a really interesting tool in order to tackle social issues.”

No matter what you may think of her design, she has certainly had the last laugh as her award included a £1000 prize and the chance to work on designing a product for a leading hotel and leisure industry chain.