Written By Corben Grant
in Featured 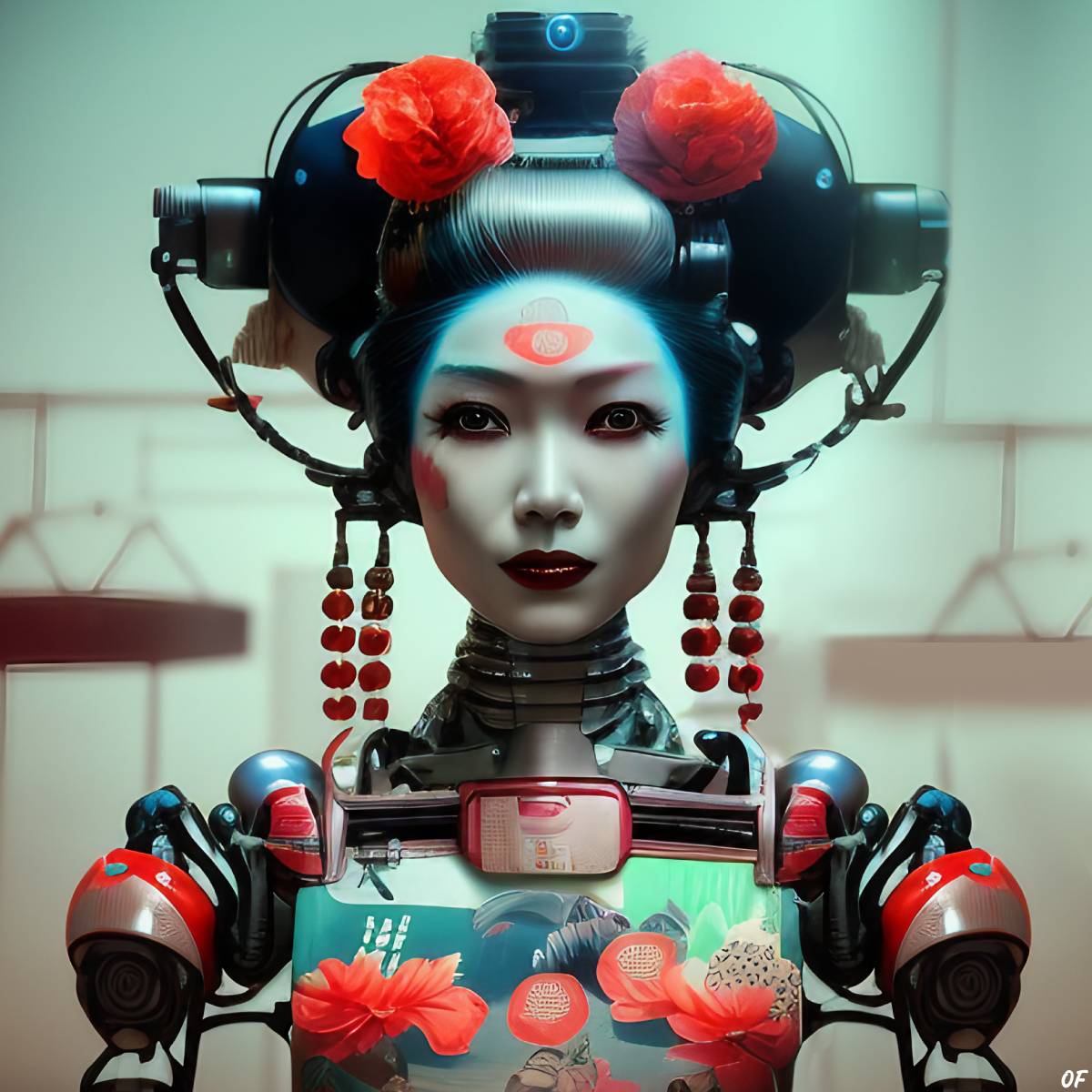 Those who imagine art as simple paintings or sculptures may be shocked to see Can’t Help Myself, a work of evocative and disturbing conceptual art first revealed to the world in 2016. Created as a joint effort between artists Sun Yuan and Peng Yu, the piece quickly became famous in the art world and online following its reveal.

The primary feature of Can’t Help Myself is a large robotic arm that would look more at home in a factory than in an art gallery. Surrounding the arm is an ever-expanding pool of a dark crimson liquid. Equipped with a squeegee, the robotic arm spends its days trapped within cage-like acrylic partitions, forever attempting to contain the puddle. The futile job never ends, while the surrounding walls and the robot itself become stained with bright red paint splatters, resembling a grisly crime scene.

This article will explore Can’t Help Myself and the artists behind its conception, as well as how they created the piece and what some possible answers might be to the pressing question of its meaning.

About the artists: Sun Yuan and Peng Yu

Can’t Help Myself is a collaboration between Chinese artists Sun Yuan and Peng Yu. The two have been working together since the 1990s to produce countless works of provocative conceptual art.

Sun Yuan and Peng Yu are controversial artists known for creating works rich with symbolic meaning that feature shocking or disturbing imagery, sounds, and smells. They often use unconventional materials, such as live animals, human tissue, and of course, robots, to amplify the impact of their work.

Can’t Help Myself was conceptualized as an attempt to explore how a robot can take on the role of an artist in the creation of art. The piece was commissioned by the Guggenheim Museum in Manhattan, and it was the museum’s first piece of robotic art: a growing trend that combines art and science, often as a commentary on industrialization and humanity.

Construction of Can’t Help Myself

Though Yuan and Yu are highly skilled artists, they aren’t robotics technicians. When it came time to construct Can’t Help Myself, the pair enlisted the help of two robotics experts. The arm is a KUKA robotic arm, an industrial robot used in auto manufacturing. The robot’s shovel-like appendage was a custom design by the artists.

Bringing Can’t Help Myself to life was no easy task. Sun Yuan and Peng Yu worked hard to inject life into the machine, and they succeeded in giving it a personality that viewers could connect with. They created over 32 custom animations to determine how the industrial robot would act and react to its visitors, and they equipped it with many visual recognition sensors to monitor its work. It is unclear what the deep red liquid used in the piece is, though it is often compared to machine oil, paint, or even blood.

A final feature of the piece, though it may seem easy to overlook, are the large acrylic walls surrounding the machine. While they may simply be a measure to prevent visitor interference or to stop the red fluid from escaping, they may also augment the overall meaning of the piece, creating a sense that the robot is trapped.

Can’t Help Myself was first displayed in 2016 as a part of the Guggenheim Museum Tales of Our Time exhibit, which brought together works from numerous contemporary Chinese artists. Each piece in the exhibit, like Can’t Help Myself, was meant to examine parts of our social and political world.

Immediately after its debut, the piece gained much attention from casual visitors and art critics. Viewers found the piece projected a heavy emotional weight, though everyone tended to have their own interpretation of its meaning. Due to its striking yet perplexing visage, the piece became highly popular online, being shared across thousands of social media posts, especially on Tik Tok.

Tales of Our Time was presented at the Guggenheim until early in 2017, when it was cycled out of the museum’s exhibits. Sun Yuan and Peng Yu’s piece was displayed at a few other galleries following its initial showing, while online its notoriety continued to grow.

Unfortunately, the story of Can’t Help Myself was not simply that of a famous piece of art, but also of a pitiful end that reflected its depressing existence. In 2019, the artists reported that the robot’s endless work had led to its demise. Supposedly, years of constant use paired with drippings from the red liquid had worked together to gradually wear the machine down to the point of no longer functioning. Though this was likely not an intended element of the piece, it nevertheless added much to its overall fame and mystique.

The many interpretations of Can’t Help Myself

Can’t Help Myself quickly proved itself as a truly great piece of art, both for its visual appeal and the seeming depth of its meaning. While it may have just seemed like an industrial robot scooping red paint on the surface, it was, in fact, rich with symbolism that lead viewers to read a range of interpretations into the piece. This spurred much of the online discussion that made the piece famous and far more impactful—each viewer interacted with the piece on a personal level.

The most obvious interpretation of the use of a robot arm piece would be to symbolize a laborer working a thankless and endless job. Like the robot, countless people have been trapped in an endless loop of seemingly pointless labor, and thus many can see a bit of themselves within the work. The mechanical aspects of the piece also remind viewers of being a simple cog in the machine themselves, within the larger mechanism of society. And, much like the robot, many of these depressing jobs ultimately spell their end, or at least shorten their lives.

Another interpretation focuses on the robot scooping up blood as if cleaning up a crime scene. This, on one hand, could reflect how modern advances in industrial robotics have replaced or “killed” modern workers, or how industrial work conditions have killed innumerable people. It may also be seen as a condemnation of the behemoth manufacturing industry, especially in technology, and how it has an adverse effect on the humans who grease its wheels. It’s important to remember that the artists hail from China, a nation known as much for its technology manufacturing capability as for its detestable work conditions, often in the same factories.

A final interpretation, one hinted at from the Guggenheim’s own statement on the piece, is that the ever-expanding puddle and hardworking robot symbolically represent the policing of political borders and the bloodshed that ensues. In particular, the use of technology as a form of authoritarian control is one area for which China has faced criticism in recent years, such as using facial recognition in the most recent Hong Kong protests. The country is also no stranger to bloody territorial disputes and strict border control.

Across the many interpretations, some common feelings emerge: sadness, dread, futility, and pain. The work asks us to confront some very complex feelings.

A masterful work of modern art

Can’t Help Myself has found no difficulty in causing viewers to stop and stare, both in art galleries and online. It is, in some ways, ironic that a piece which clearly gives commentary on modern technology became so famous due to the very technology it sought to criticize.

By juxtaposing the most profound of human symbols—blood—with the uncanny yet familiar actions of the lively robot, Sun Yuan and Peng Yu created a masterful work of modern art that stands among the greats of the past while being an indisputable product of modern society. As for the future of the piece, it is unknown if the artists plan to refurbish Can’t Help Myself to continue its endless task once again, or to let it rest in peace—It is hard to say which would be the better choice.