Written By Shane Lewis
in Featured 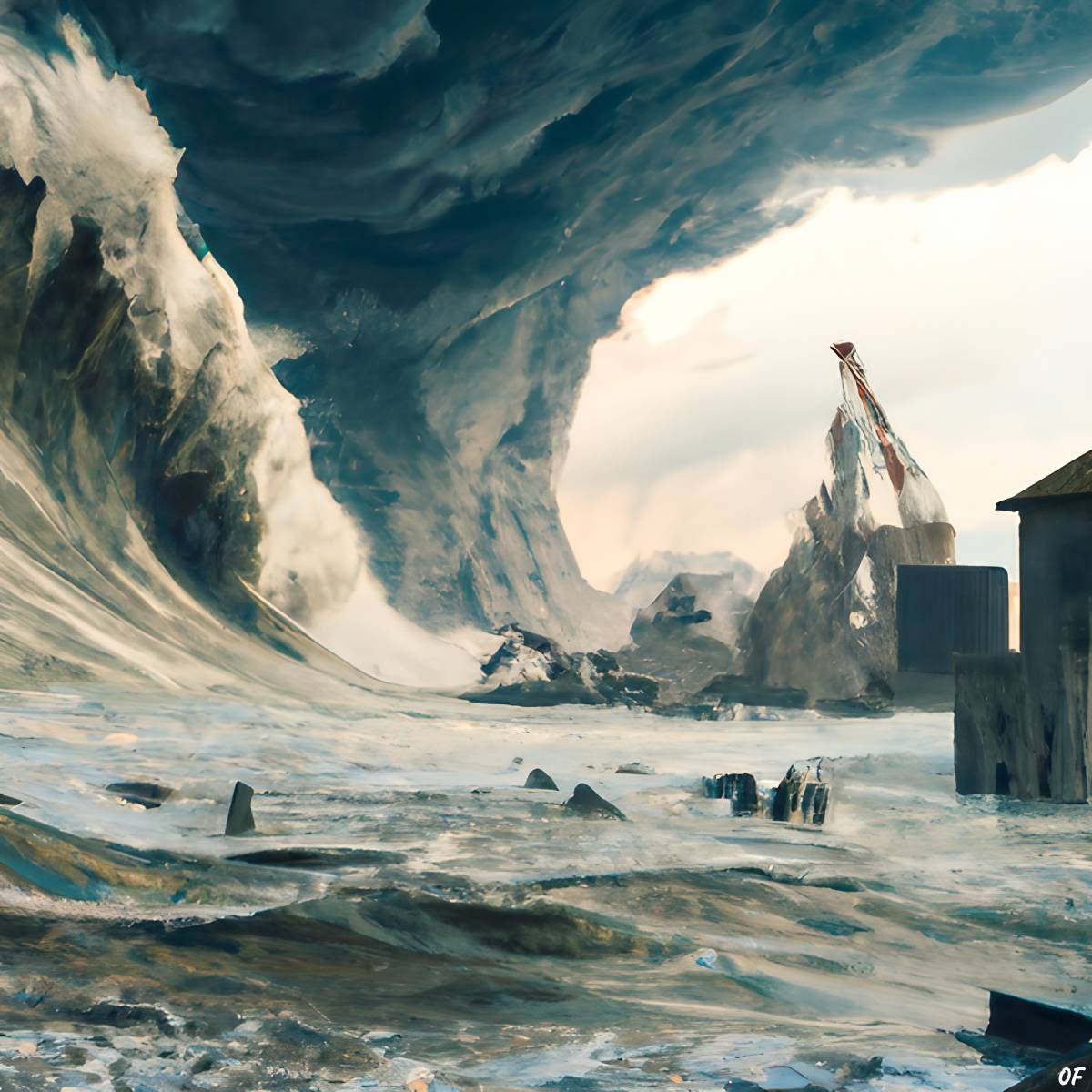 In the midst of the tidal waters of the River Nervión in the Spanish city of Bilbao, there is an unsettling presence: a life-sized statue of a young girl drowning. This sculptural installation has attracted waves of local and international attention since it began rising and submerging in the Nervión in September 2021.

The sculpture is the work of Mexican hyperrealist artist Ruben Orozco Loza and was installed in the northern Spanish city with a solemn purpose: to save the world, or at least to start a conversation on how this can be done.

A glimpse of tomorrow

The statue is entitled Bihar, meaning “tomorrow” in Basque. The dispassionate face of the young drowning girl being repeatedly revealed and concealed by the waters of Bilbao’s River Nervión is both a warning and an incitement to action. Orozco’s purpose was to create a sculpture as commissioned by the BBK foundation, the charity affiliated with the Spanish lender Kutxabank, as part of its campaign against unsustainable models of economic activity.

Despite the impassive expression of Orozco’s drowning girl statue, it communicates sadness, especially when the viewer is made aware of the artist’s intended meaning. The rising and sinking of the 264lb (120kg) fiberglass figure as the tides rise and fall point to the fragility of life in the micro and the macro senses. In an email, Orozco spoke of the piece as a meditation on the impact of decisions made in the present on future generations, specifically of the environmental consequences of unsustainable economic extraction and production methods.

The facts behind the drowning girl statue

From the start of the 20th century to 2018, sea levels have risen by an average of half a foot (15 cm), and the annual rate of the rise in sea levels has tripled. This is due to an accelerated climate change that has wreaked havoc and is intensifying due to human-caused factors like pollution and the burning of fossil fuels.

Over-reliance on fossil fuels and other unsustainable practices in industry and agriculture are among the prime propellants of our ecological degeneration. From intensified droughts and floodings, increased wildfires and storms and crop failures, the stakes for our future are high. Children born in 2020 are up to 7 times more likely than generations past to experience extreme weather events as a result of climate change. Bihar, “Tomorrow,” says time is of the essence in the mitigation of global disaster.

Ruben Orozco’s drowning girl statue is rendered in a highly realistic style. This approach of hyperrealism both immediately arrests the viewers’ attention and alerts them to the real-world consequences of our daily choices when viewed in the context of the artist’s warning about unsustainable models.

The neutral expression of the young girl drowning asks a question of viewers as well: how are we to shape our future today? The statue could also be seen as a mirror reflecting our historical insouciance about such questions.

Still again, the impassivity of the figure’s face, together with the ebb and flow of the river’s tidal waters, reflects a stasis in the political realm of policy, with promises being made, broken and rescinded regarding action on the climate crisis.

One observer was heard to remark, “She doesn’t even look worried, it’s as if she’s letting herself drown.”1 After the clandestine lowering of the statue from a boat into the River Nervión under the cover of darkness in late September 2021, there was initial shock on the part of passersby.

When apprised of the import of the work, shock converted to concern and perhaps even an optimism that the issue is soluble. The young girl drowning, after all, is not wholly submerged. The fact that Ruben Orozco chose iron and concrete as its materials points to a human resilience in perilous waters.

Cheer or Fear, Belsnickel is here!