Written By Corben Grant
in Culture 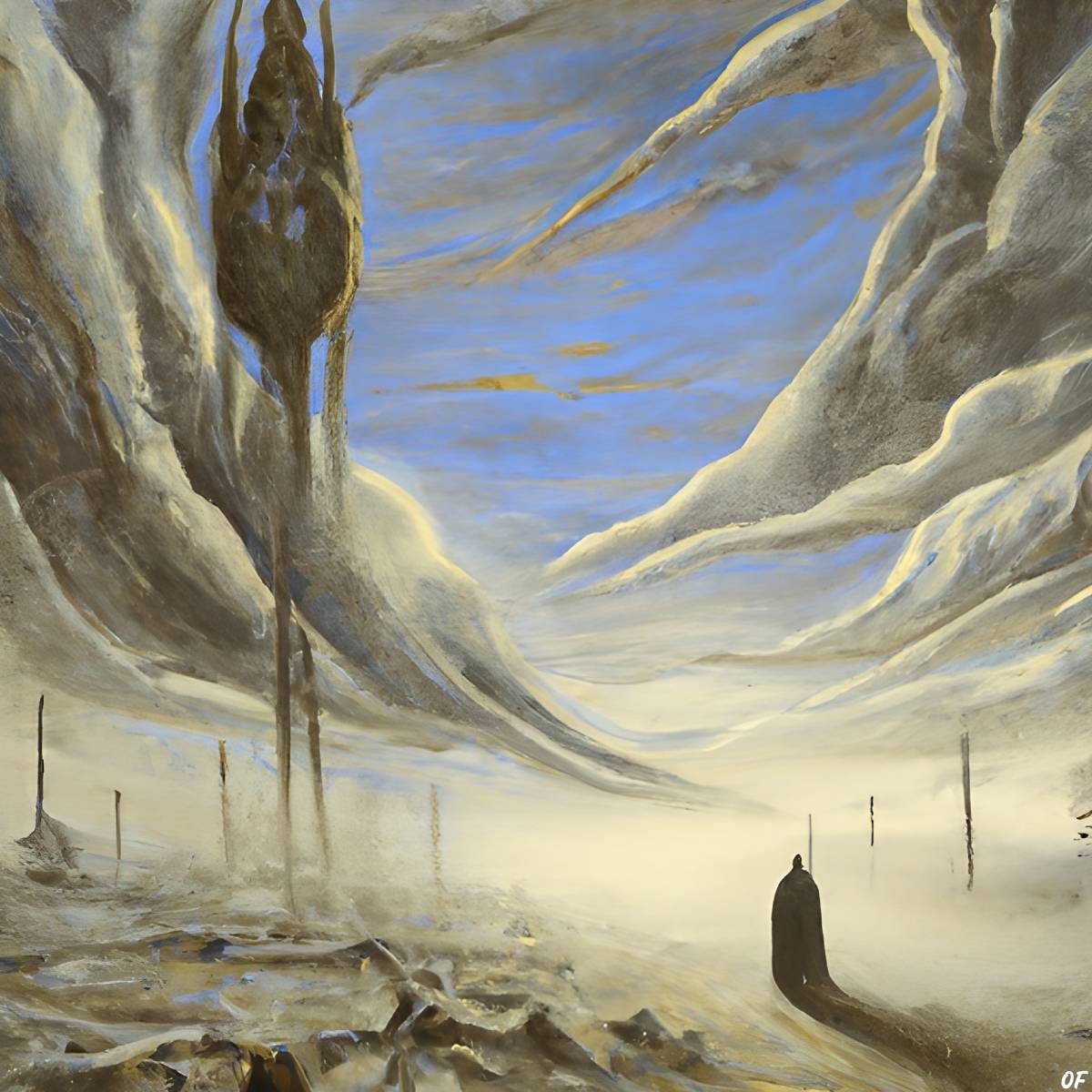 Deformed figures, desolate landscapes, and a permeating sense of dread are all common characteristics that one may find in the works of Polish painter Zdzisław Beksiński. His works have become famous in the art world and online for their striking and grotesque imagery—too horrific to feel comfortable looking at, yet too masterful and evocative to look away.

Viewers of Beksiński’s work may be struck with intense curiosity at just what sort of mind was capable of producing such fantastic art. As it turns out, the story of Beksiński’s life is almost as interesting as the works he created. In this article we’ll follow the journey of Zdzisław Beksiński from his early photographic experiments to the forefront of contemporary Polish art and finally to his untimely end. Along the way we’ll hope to catch a glimpse into the mind of the artist who created such peculiar works, though we may never truly understand the deepest depths of that mind.

The early years of Zdzisław Beksiński

Zdzisław Beksiński was born in Sanok, southern Poland in 1929. The early years of Beksiński’s life were no doubt deeply affected by the brutal years of the Second World War, during which Poland experienced untold atrocities at the hands of the Nazis. Coming of age in the post-war period, Zdzisław Beksiński first studied architecture at Krakow Polytechnic, graduating in 1952. Though he had an early affinity for art he took more mundane day jobs, serving as a construction site supervisor and bus designer in the following years.

In his early art practice, Beksiński’s work was more varied as he worked to hone his distinctive style. His primary artistic focus in this period was actually photography, along with some sculpture and abstract painting. In his early photography, Beksiński’s affinity for the surreal can already be seen, and his avant-garde experiments put him on the cutting edge of the burgeoning post-war art movement in Europe.

Though he had some success with his photography, Zdzisław Beksiński quickly found the medium limiting to his creativity and began to focus more on painting, the medium that would prove to be his mainstay for many years to come. At the same time, his career as a designer came to an end, and he chose to pursue a career as a full-time artist.

Painting proved to be the perfect medium for Beksiński’s unique vision and would ultimately propel him to fame. Beksiński undertook painting with full force in 1964 after he had his first major success selling his paintings in an exhibition. Despite having no formal training in the medium, Zdzisław Beksiński excelled at painting on a technical level. He most often painted with oils, though also experimented with acrylic, pencil, and mixed media. His paintings reveal a keen sense for rendering light, atmosphere, architecture, and the human form in a style known as fantastic realism. However, beyond his technical skill, it was his subject matter in this period that made Beksiński’s work most compelling.

Due to the surreal imagery his painting in this period contained, it came to be known as Beksiński’s “fantastic phase.” Beksiński claimed that he approached his paintings in such a manner as if he were “photographing dreams”—though many have instead likened Beksiński’s paintings to nightmares. His works were often set in impossible barren landscapes, choked with dust or fog, surreal architecture rising from vast planes. Works often featured central figures that, while human-like and detailed, were often deformed and grotesque. Amid the gloomy tones of red and brown, the odd swatch of rich Prussian blue cut through, notably derived from the same chemical source as the gas used in Nazi gas chambers in Poland.

Despite the starkness of his disturbing images, it wasn’t all doom and gloom for Zdzisław Beksiński. Many art critics have tried to read into the symbolism of Beksiński’s work. Often they’ve pointed to common figures like the grim reaper, destroyed cities, corpse like bodies, and crosses in an attempt to connect them to the artist’s youth in the Second World War. Beksiński insisted however that his work had no deeper meanings or hidden symbolism. Instead, he preferred viewers to interpret meaning for themselves, and left most of his works untitled.

Zdzisław Beksiński himself was known for being a pleasant and cheerful man, despite what his work would lead you to believe. He most often drew inspiration from both rock music and classical music. Despite his growing fame Beksiński remained a reserved person, choosing instead to focus on his paintings over people.

After years of committed painting, Beksiński’s art began to gain greater fame in Europe and beyond. From around the 1980s onward, Beksiński entered a new phase of painting, becoming more muted in color and taking on an even more abstract style. His later paintings often featured monolithic architecture and were highly sculptural in nature.

In the late 90s, with the advent of digital photography and photo manipulation, Zdzisław Beksiński returned once again to his photographic practice. His digital works called back to the surreal landscapes of his earlier years, using montage techniques to create otherworldly scenes.

Beksiński’s late years were unfortunately filled with tragedy. In 1998 his wife Zofia passed away, and the following year his son Tomasz committed suicide on Christmas Eve. Zdzisław Beksiński never fully recovered from this grief, and just a few years later in 2005 tragedy would befall him once again.

On February 25th, 2005, Zdzisław Beksiński was found dead in his apartment with 17 stab wounds. The assailant, Robert Kupiec, was the son of Beksiński’s caretaker and had feuded with him over a refused loan.

The enduring legacy of Zdzisław Beksiński

Zdzisław Beksiński is well remembered as one of the most visionary figures in Polish art history, if not the world. The Historical Museum in Sanok where he was born now houses a gallery and museum dedicated to his life and works, featuring hundreds of his pieces. Beksiński’s unique vision has also gone on to influence numerous works of art, film, video games, and more. His artwork has appeared on the cover of numerous books and musical albums. He has served as an inspiration to Guillermo Del Toro, the Mexican film director responsible for works like Pan’s Labyrinth (2006) and The Shape of Water (2017). Finally, his art has also been brought to life in video games such as The Medium and Scorn.