Written By Hannah Basson
in History 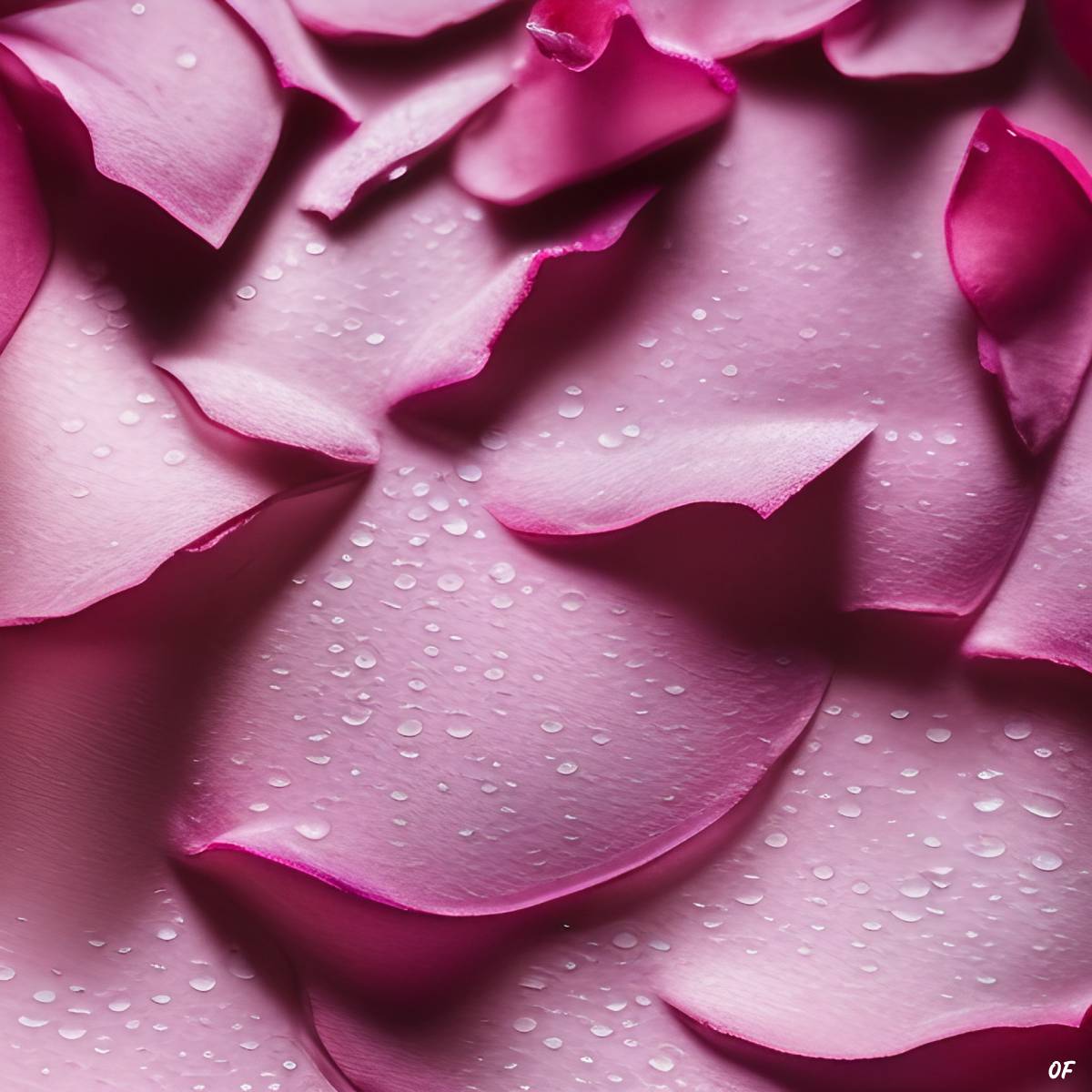 The petals of Heliogabalus by Odd Feed. (© Odd Feed)

Most of us don’t think twice before putting on deodorant. We tend to see it as a social courtesy to avoid stinking up shared spaces with our body odor. But have you ever stopped to think about when was deodorant invented? After all, body odor is entirely natural and causes no harm. So, how did it become such a social taboo?

The history of the deodorant is quite interesting and somewhat similar to that of toothpaste. It is, once again, a story of two halves, and a story of evolution and innovation. But this time it is also a story of capitalism and branding, and of how ambition and advertising worked together to create a need.

Because, you see, people didn’t always worry about body odor. And they got along just fine.

Contrary to popular belief, human perspiration is actually odorless. What body odor is caused by is not actually sweat—but bacteria.

Sweat is produced by the sweat glands, which are small tubular structures scattered all over the skin. The sweat glands produce a fluid that contains water, salt, and other substances. When the sweat evaporates, it leaves behind a residue that contains these substances. Bacteria that are found on the skin break down the sweat into other substances, including fatty acids. It is these acids that are responsible for the unpleasant odor of your body.

Other bacteria that can cause body odor include members of the Corynebacterium, Propionibacterium, and Cutibacterium genera. These bacteria are most commonly found in the feet and the underarm area, two of the sweatiest places in the human body.

The mechanics: how deodorants and antiperspirants work

In essence, antiperspirants temporarily block your sweat glands to reduce perspiration. The active ingredient—typically an aluminum salt, “the natural deodorant”—interacts with your sweat to form a gel plug within the sweat gland. This plug then temporarily stops the gland from releasing sweat. Deodorants, on the other hand, contain either fragrances which cover up the body odor or some other ingredients which kill the bacteria that cause it.

Now, according to the FDA, cosmetics are articles used “to cleanse, beautify, promote attractiveness, or alter the appearance without affecting the body’s structure or functions.” Obviously, only deodorants fit this definition. Since antiperspirants actually change the body’s natural processes, they aren’t classified as cosmetics, but as drugs.

Both deodorants and perspirants are a relatively new invention, but people used all kinds of tricks to keep themselves smelling fresh ever since the dawn of history.

In ancient Egypt, good hygiene was a priority. Ancient Egyptians were the first to use scented soaps while bathing to stay fresh in the hot sun. While they certainly didn’t use the type of deodorant we’re accustomed to today, they did use all sorts of methods to mask body odor—some of which were outright weird!

Most commonly, the ancient Egyptians applied scented oils onto their underarms, which they also shaved as a rule, believing the removal of underarm hair would lessen the malodor—while helping with lice too. As part of their hygiene ritual, they often used carob and incense, and sometimes even porridge!

Recently, archaeologists confirmed that ancient Egyptians used something called “perfume cones” too—”a sort of ancient, fragranced hair gel.” Placed on top of the head and held in place by a headband, the cones were solid lumps of resin, oils, fat, and myrrh. The heat from the head would slowly melt the mixture, releasing the perfume and filling the air around with a pleasant smell.

The ancient Greeks were also serious about smelling good, taking after the ancient Egyptians to use baths and aromatic oils. Ancient Greek perfume was oil-based, usually made out of olive oil due to its abundance in the region. It also contained several other ingredients, including flowers, leaves, and musk.

We know this for a fact because in the 4th century BC, Theophrastus—who was Aristotle’s successor and is considered the father of botany—wrote an entire book on the subject titled Concerning Odors! In it, he documented all the oils, spices, and plants used in making perfumes, while examining many of their properties and peculiarities.

Perfume was even more widely used in ancient Rome. People bathed in perfume, soaked their clothes in it, and even used it on their horses and pets. Emperor Nero had silver pipes installed at his palace which spritzed his guests with rose water between courses. Teenage-ruler Elagabalus was less subtle.

Not only did he “flavor his swimming-pools and bathtubs with essence of spices or of roses or wormwood,” but once—quite infamously—he is said to have smothered several of his guests to death when he released a mass of “violets and other flowers” from the reversible ceiling in his banqueting-room!​

From the Middle Ages to modernity

Even for Pliny the Elder, writing in 1st century AD, in the XIII book of his Natural History, perfumes were an unnecessary part of life. “They serve the purpose of the most superfluous of all forms of luxury,” he wrote, “as ingredients lose their scent at once, and die in the very hour when they are used.”

Christianity turned this into a dictum. In the Middle Ages, the church convinced people that sexuality and beauty were shameful and should be suppressed at all costs. As a result, people bathed as infrequently as possible, and soap production declined. As you can imagine, most people were pretty stinky.

This went on for centuries. Since it was long believed that water spread disease, people were terrified of bathing even after the Enlightenment. However, the European elite had the privilege of using perfumes and eau de cologne to mask their stench, and this practice became especially prevalent in 17th and 18th-century France.

Famously, the influential marquise de Pompadour—the official chief mistress of King Louis XV—was especially kind to perfumers: she had a yearly budget for scent of 500 livres, or approximately $63,500 in today’s currency!

Modern history: from product to marketing to sales

The practice of using eau de cologne continued well into the 19th century, when finally science and technology paved the way for the invention of the first commercial deodorant.

Mum’s the word: the first deodorant

The first modern-day deodorant was a thick, paste-like cream, and was invented in 1888. Its name, Mum—as in the phrase “mum’s the word”—hinted at its purpose: to furtively mask the natural odor of a woman’s body.

In 1931, Mum was bought by the Bristol-Myers Corporation, whose employee Helen Barnett Diserens developed the first underarm deodorant, based on the technology used in the newly invented ball-point pen.

The product hit the shelves in 1952 under the descriptive name Ban Roll-On; seven decades later, it’s still available, though as sold by other companies: in 1998, Chattem acquired Ban deodorant brand, and then in 2000, they sold it to the Kao Corporation for $160 million!

Fifteen years after Mum, in 1903, the first commercial antiperspirant came onto the market in the form of Everdry.

Everdry was an aluminum chloride solution that you applied by dabbing it on with a cotton swab. Users complained that it was cold, sticky, and slow to dry. Additionally, because it was so acidic, it stung severely and ate through clothing.

Cosmetic chemist Jules Montenier worked out a solution in 1941. He added soluble nitrile to the aluminum chloride solution, and this solved all the acidity and irritation problems. The result was “Stopette,” the first antiperspirant to become a nation-wide sensation.

A long-time sponsor of the CBS game show “What’s My Line?,” “Stopette” is widely considered “the best-selling deodorant of the early 1950s.”

The marketing campaign that changed it all

It took some time for deodorant to catch on among the masses, partially due to how uncomfortable it was to use.

Another reason for its unpopularity was that people didn’t feel like they needed it—most people thought that deodorant was unnecessary and unhealthy. Instead, they bathed as often as possible and used perfume only if they didn’t have time, to cover any remaining stench.

It wasn’t until the Odorono antiperspirant company launched an aggressive marketing campaign in 1919 that deodorant use started to take off in the US. The creator of Odorono, Philadelphia-based inventor Edna Murphy, realized that people weren’t going to buy her deodorant if they didn’t think they needed it. So, she set out to convince people to be ashamed of their body odor.

She took a hefty bank loan and hired former Bible salesman James Webb Young to create a national advertising campaign for her product. Just after the end of World War I, Odorono started running a series of advertisements warning women that their BO was an embarrassing social faux pas. Before too long, the ads convinced women that they might be smelly without even realizing it, and that everybody is gossiping them about it behind their backs.

The Odorono ad campaign was so successful that it inspired the same-titled Who 1967 song which famously ends with the following verses:

She ripped her glittering gown,
Couldn’t face another show, no!
Her deodorant had let her down:
She should have used Odorono.

Overnight, Odorono sales rose by 112%, and the deodorant market was profoundly transformed—and was now worth millions of dollars!

Deodorant was originally marketed primarily to women. However, advertisers quickly realized that they were missing out on half the population and steered their marketing campaigns to male users in the early 1930s.

The first deodorant for men was probably Top-Flite, launched in 1935. Its ads exploited men’s insecurities about losing their jobs during the Great Depression, and warned men that being stinky in the office could harm their career prospects.

It’s clear from our modern deodorant use that these advertising campaigns were game changers. Indeed, already by the 1950s, body odor became such a massive social taboo that nobody even remembered the pre-deodorant days. It has remained so—to this day.

As time went on, manufacturers developed and refined deodorant. Spray deodorants entered the scene in the 1940s. Aerosol deodorants came last—in the 1960s—but their popularity waned amidst concerns about the impact of chlorofluorocarbons (CFCs) on the ozone layer.

It’s still nice to bathe, though.