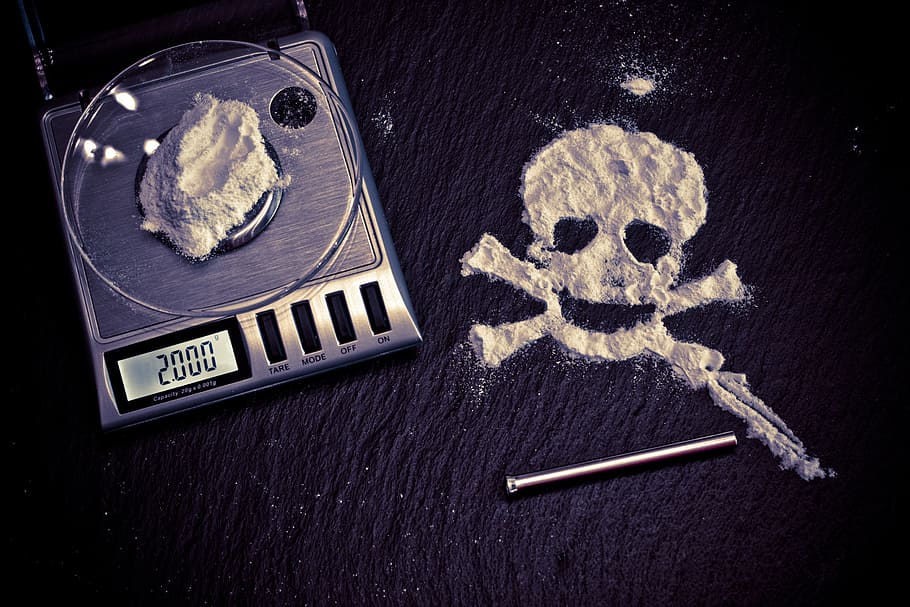 The Georgia Bureau of Investigation confirmed that Pablo’s “stomach was literally packed to the brim with cocaine. There isn’t a mammal on the planet that could survive that." (Photo: Wallpaper Flare)

Animals don’t usually do drugs. After all, they don’t have the cash to buy them and most loan sharks are reluctant to offer credit, especially if you’re a bear with no fixed address. But that didn’t stop Pablo EskoBear, as the cocaine bear of Kentucky has become known. He went on a drug binge that lasted one evening and left him dead.

On the evening of September 11, 1985, Pablo EskoBear was probably doing normal bear activity. He may have enjoyed a snooze, done a little hunting, or perhaps enjoyed a pot of honey with his friend Winnie the Pooh.

Then, he stumbled on 40 large plastic bags of cocaine. Not knowing what they were, he simply ripped them all open and ate the contents. That’s when the evening took a turn for the worse. He ingested about 40 kg (88 lbs) of cocaine—it turns out not even a 80-kg (175 lbs) black bear can survive that.

It’s probably just as well considering it was approximately $15 million of cocaine. His dealer would have killed him when he realized that bears don’t have that kind of pocket change!

How do we know his death was drug-related? That’s an even more interesting story.

Andrew Thornton was born into wealth, joined the army as a paratrooper, became a narcotics officer, and eventually became one of the heads of the drug smuggling ring in Kentucky known as “The Company.”

As a drug trafficker, he made regular flights over Kentucky. One fateful night his plane crashed. Whether it was an accident or not is unknown. Though he jumped out of the plane before it crashed, unfortunately, his parachute never opened.

He was found in the morning on an elderly man’s driveway. Along with guns, knives, and cash, Thornton had approximately $15 million’s worth of cocaine.

Of course, that was only part of the load, the rest had been pushed off the plane before he jumped. It landed in the forest where Pablo EskoBear managed to eat the entire lot.

Considering the bear would have suffered massive internal organ failure, simply consuming all the cocaine was an impressive feat.

What happened to Pablo EskoBear

The “cocaine bear” was actually discovered several months after Andrew Thornton hit the floor dead. The clue as to what happened was in the 40 plastic containers that surrounded him. All had traces of cocaine but there was none of the drug left.

An autopsy by the Georgia Bureau of Investigation confirmed that Pablo’s “stomach was literally packed to the brim with cocaine. There isn’t a mammal on the planet that could survive that. Cerebral hemorrhaging, respiratory failure, hyperthermia, renal failure, heart failure, stroke”—all of these would have incurred shortly after ingesting the cocaine.

It was certainly a sad demise for a large black bear.

In 2015, an individual, known as Kentucky for Kentucky, decided to track down Pablo EskoBear and make sure he had his place in state history. Surprisingly, Pablo’s death was only the start of his adventure.

The medical examiner for the Georgia Bureau of Investigation gifted the body to a taxidermist friend. The friend stuffed Pablo and gave it to the Chattahoochee River National Recreation Area.

During the 1990s, a forest fire threatened to ravage the building. Pablo was moved to storage in Dalton. During his stay in storage, Pablo was kidnapped by an opportunist thief. He was then sold to the owner of a pawnshop.

It was then sold to Waylon Jennings, a country musician who eventually gave it to his friend Ron Thompson.

Thompson was known to help rich people have a good time in Las Vegas. Pablo stayed at Thompson’s mansion until Thompson passed away in 2009. The funniest thing is that Thompson was actually an acquaintance of Andrew Thornton, potentially helping him with his drug runs!

After a decade of partying with Thompson, the cocaine bear moved onto new pastures. It’s believed he was auctioned to an elderly Chinese man who displayed him in his traditional Chinese medicine shop. (His wife wouldn’t let Pablo EskoBear in their house).

After Zhu T’ang died, his wife held onto the bear. After hearing about Pablo’s troubled past, she gifted the cocaine bear to the founders of Kentucky for Kentucky Fun Mall. Pablo now resides in the mall recapping his story to anyone who’ll listen.

If you visit, you’ll have to chuckle at the simple warning displayed beneath him: “Don’t do drugs or you’ll end up dead (and maybe stuffed) like poor cocaine bear.”

What Is a Weeb or Weeaboo?