Written By Chris Gonzalez
in Life 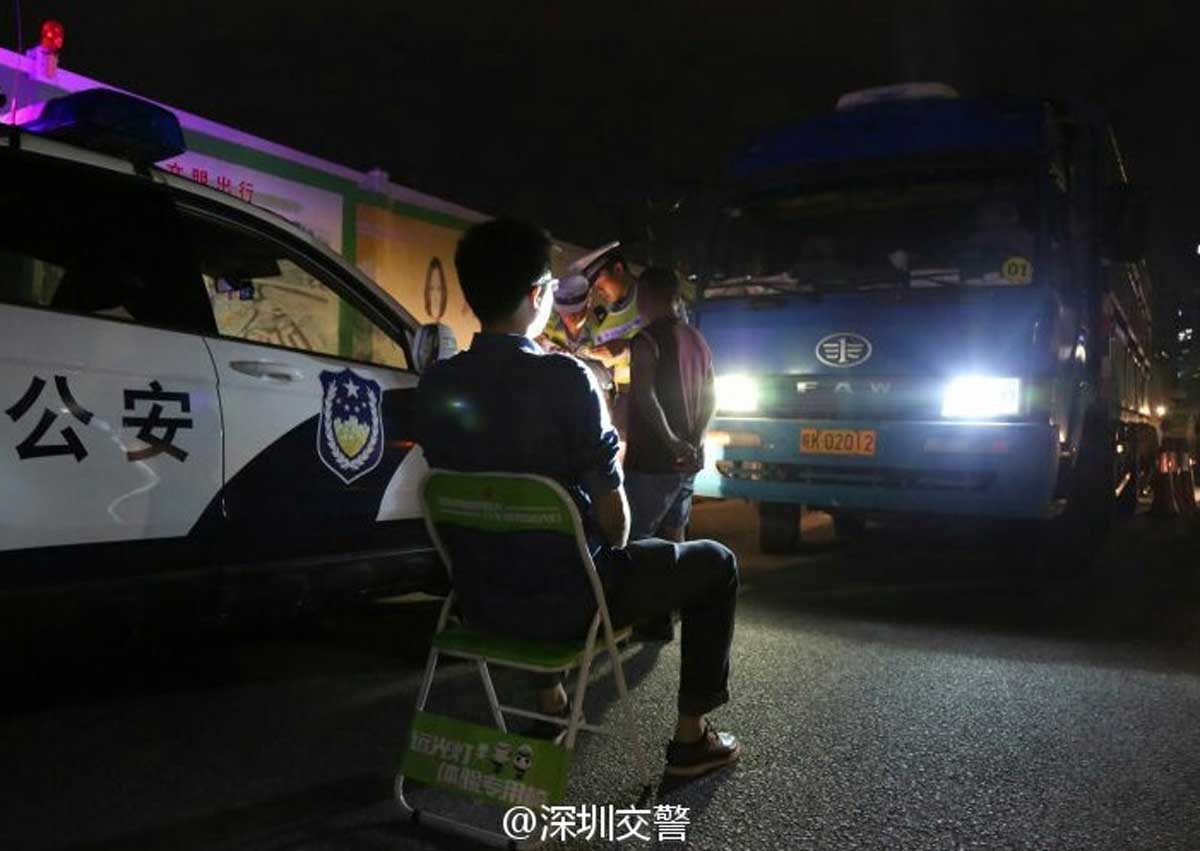 Shenzen Police capture and punish a driver guilty of dazzling other road users. He'll have to endure 1 minute of penance which is considerably less than the 5 minute stint enforced in 2014 (shanghaiist.com).

Shenzen Police have come up with a novel approach when trying to prevent bad drivers illegally dazzling other road users with full beam headlights.

In China, whimsical roadside punishments enforced by the local police seem to be accepted as part of the deal when driving on the local highways and byways.

This is especially true when you live in Shenzen where the local police have a history of devising innovative punishments for offenders.

Previous schemes by the Shenzen Police have seen them trying to deter jaywalkers by forcing offenders to wear a green hat. The colour of the hat has extra significance. In China a green hat is a sign for men that their wife or girlfriend has cheated on them.

The latest scheme from Shenzen Police has seen drivers who are caught dazzling other road users with full beam headlights subjected to an unorthodox punishment. Drivers will be forced to sit and stare at a set of full beam headlights for 1 minute, receive a 300 ($44) yuan fine and points on their driver’s license. In addition to this they will be forced to recite the law on headlight use out loud.

Shenzen Police actually tried this tactic before in 2014. However, controversy followed and accusations of human rights abuse were levelled at the police. The tactic has been re-thought and the exercise is now more lenient as the previous punishment was a more lengthy 5 minutes.

This sin bin for badly behaved drivers has also had an upgrade in terms of seating. Whereas previously the culprit had to sit on a stool more suited to a toddler they now have a specially branded folding seat to accommodate them.

The latest campaign was publicised on the Shenzen Police Weibo page (think Chinese Twitter) and was extremely well received by local Shenzens.

Shenzen Police are no strangers to generating media exposure. In July the force recovered over $3.5 million in the Bossini heiress kidnapping.