Written By Pieter Zilonis
in Life 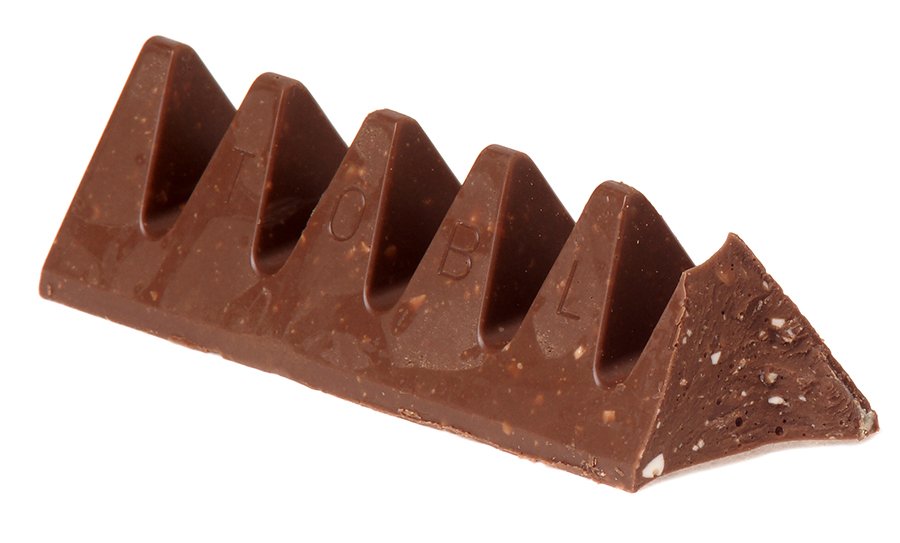 Pesky chocolate executives have struck again and tinkered with another iconic symbol from the world of confectionery. Toblerone’s new shape has been met with cries of derision (somewhere) as the company tries to cope with the rising cost of ingredients.

When have you bought or received a Toblerone? Typically it’s a last gasp airport purchase for someone who’s dental health you couldn’t care less about. Of course, historically, it was all in the method of consumption. Patiently breaking the triangular segments off the bar and savoring the nougat treat is not a practice that was observed by most children. No, it was more a case of cramming the whole bar in your mouth and worrying about the gum damage later.

So, what if you increased the gaps between those triangles of chocolatey goodness?  Well, you’d reduce the costs of producing a Toblerone. However, the danger of consuming one would lessen considerably. Gums around the world would be protected for decades to come.

The Toblerone bar was invented in 1908 by Theodor Tobler. We’re fairly certain that tinkering with the Matterhorn inspired treat would have left Herr Tobler distinctly unimpressed with the new Toblerone design.

Whilst you could accuse Theodor Tobler of a certain dental masochism the same accusation could certainly never be leveled at Mondelèz International. In a single, bold stroke Mondelèz has now made the new Toblerone one of the safest chocolate bars in the world to eat.

So do Mondelèz have a history of making confectionery safer to eat? Not really, but they’ve certainly been busy in recent years.

Cadbury had been making the classic, well-loved Dairy Milk chocolate bar since 1905. Then in 2013, now owned by Mondelèz International, they decided to change the shape. The
Dairy Milk bar was given rounder edges in a bid to “help improve the melt in the mouth experience”.

In 2015 the iconic Cadburys Cream Egg was targeted in a savage recipe change. Fans were shell-shocked when Mondelèz stopped using the Cadbury’s milk chocolate for the shell of the egg and instead opted for a less tasty “standard cocoa mix chocolate”.

Read more: Antilia: The Biggest House in the World

The Terry’s chocolate orange was next on the hit list, dropping in size from 175g to 157g.

Clearly, these changes have helped increase safety levels among chocolate eaters everywhere. What was once an activity that lurked on the fringes of society has now been gentrified and brought into the mainstream.

Mondelèz International we salute you.