Written By Nathan Chilcott
in History 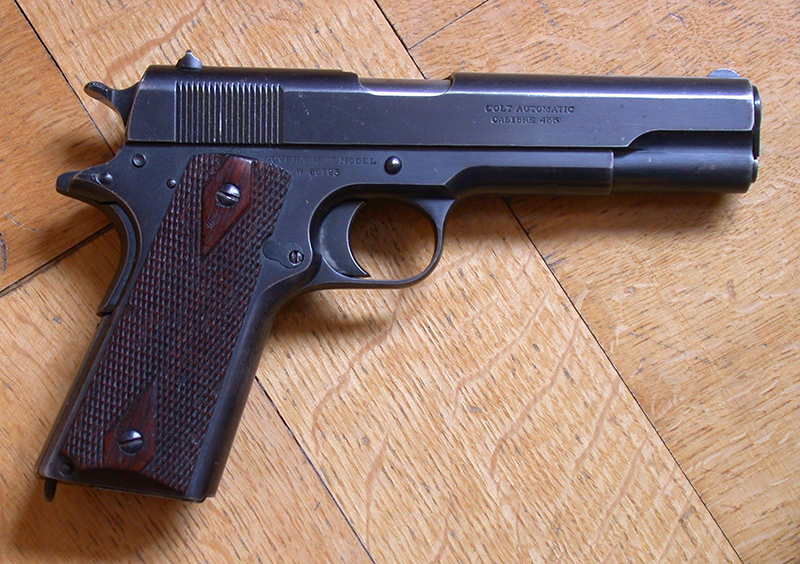 A modified Colt 1911 like this one was used to make the CIA's "heart attack gun." (Photo: Wikimedia Commons/Hmaag)

There is no doubt the CIA has some of the best gadgets in the world. Eventually, these gadgets appear in the public domain, or they become the stuff of legends. The CIA heart attack gun is one such legend and appears to be real.

The history of the heart attack gun

In the 1970s, the US Congress became worried that then-president Richard Nixon was abusing his power through the CIA. This worry was spurred by the 1974 Watergate scandal that caused Nixon to resign rather than be impeached.

Consequently, in 1975, the CIA was investigated. Of course, many of the facts of the investigations weren’t released until years later. But a former CIA employee, Mary Embree, has declared that the CIA asked her to help find or develop a poison that would be undetectable and would make it look like the person had suffered a heart attack.

The poison was found and frozen into a small dart. This dart could be fired from what looked to be a normal gun. When the bullet hit the person it would dissolve inside their body. The poison would mimic a heart attack, killing the victim.

The only evidence of the assassination would be a small red dot where the dart entered. Unless you were specifically looking for it, you were unlikely to find it, even when doing an autopsy. Behold the heart attack gun.

The 1975 probe into the CIA lasted nine months, and the heart attack gun, a modified Colt 1911, the weapon used to fire the dart, was mentioned.

It’s not just legends that are born this way, this is the stuff of dreams for conspiracy theorists!

Video footage unearthed in recent years shows that then CIA director William Colby was asked, “Does this pistol fire the dart?” His response confirmed it did and that it was a special dart designed to enter a person without being detected. He also confirmed that the toxin wouldn’t appear on an autopsy.

While it doesn’t expressly mention symptoms of a heart attack, it certainly sounds like the heart attack gun.

It’s worth noting that the 1970s were a fantastic period for weapons designers. The Cold War meant that the CIA was interested in any type of weapon. There are even rumors they attempted to build an actual flying saucer.

Certainly, a James Bond–inspired heart attack gun would have been of interest to them. Especially as the same 1975 investigation discovered nearly every world leader was on the CIA’s sanctioned assassination list.

It’s highly likely that this gun is real. The question is who has it been used against and where is it now?

The KGB’s own heart attack gun

As early as 1957, the KGB was training agents to use a spray gun. The spray was cyanide gas. The gun crushed the capsule, spraying the gas at the victim and causing death. It would look like the victim had a heart attack.

One particular KGB agent, Bohdan Stashynsky, is known to have used this spray gun to kill Ukrainian nationalist leaders Lev Rebet and Stepan Bandera in 1957 and 1959, respectively. Although the CIA didn’t believe at the time that the spray gun had caused these deaths, there is little doubt that the seed had been sown for their own heart attack gun.