Written By Becka Keeley
in Tech 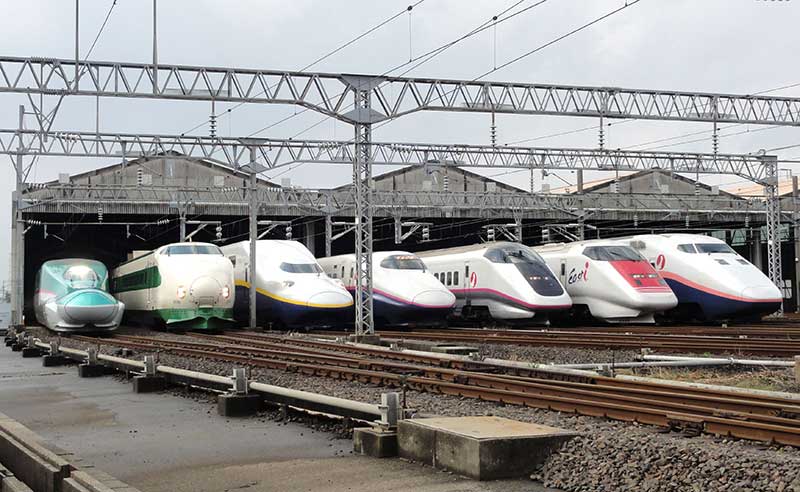 No, it's not the Japanese version of Thomas the Tank Engine. Trains like these struck Sika deer and other wild animals 613 times in 2016. The introduction of barking trains has reduced deer sightings by 45% alongside railway tracks. (Photo: Wikimedia)

Mention Japanese trains and most people will conjour up an image of the Japanese Bullet train or Shinkansen hurtling through the Land of the Rising Sun at break neck speeds. Some of you might even wistfully recall the fabulously opulent Shiki-Shima train. None of you you, we repeat, none of you, will be crafting imagery featuring barking trains. However, creative engineers at the Railway Technical Research Institute (RTRI) have been making barking trains with a speaker set-up that blasts out the sounds of a snorting deer and a barking dog.

Let’s set the scene then. It’s Friday night, you’re a hot-to-trot Sika deer with the whole night ahead of you. What’s on the agenda? Track licking baby! Now, as weird and improbable as that all sounds, there is a very good reason for this death defying track licking tom foolery. Iron.

Sika deer crave iron in their diets and are willing to go to extraordinary lengths to get their fix. In a move straight out of the book of  ‘too clever for their own good’ these canny deer have discovered that trains leave iron filings on the railway tracks. The iron filings are a result of the grinding action between the train wheels and the metal tracks. The resulting carnage is predictable.

The Japanese government have reported that there were 613 train strikes involving deer and other wild animals in 2016. That is a worrying 43% increase from the previous year. With each collision causing significant network delays, rail companies are desperate for a solution. Which is why we’re talking about barking trains. Don’t believe they’ll try anything? They previously trialed rubbing lion faeces on the rail tracks. A job we can imagine there weren’t too many volunteers for. The trial was short lived when the lion faeces washed off in the rain. So, barking trains look positively normal in comparison.

So why the barking dog sounds? Japanese boffins at the Railway Technical Research Institute have discovered the perfect mix-tape, 3 seconds of deer snorting to gain the attention of the endangered deer, quickly followed by 30 seconds of a barking dog. This combination ensures the deer take flight and run for the hills. Trials have already shown that the new speaker system has resulted in a 45% reduction in deer sightings along railway tracks. However the engineers aren’t stopping at barking trains. They’ve grabbed the deer by the antlers and plans are also being made to introduce stationary speakers at known deer gathering points alongside the rail tracks.

Fancy a sandwich? Hop into a flying bathtub drone with The Real Life Guys