Written By Erin Hamilton
in Culture 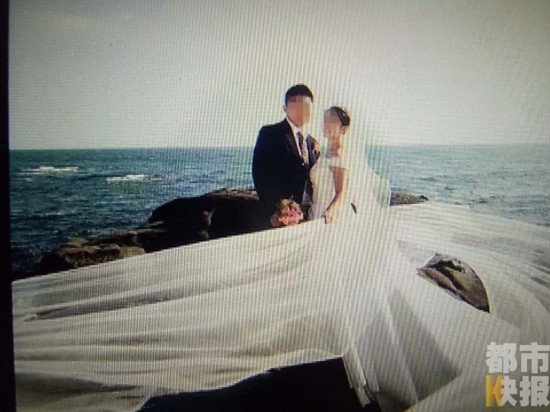 Still unaware of the fake wedding guests. Ms. Liu would soon have more to worry about than an uncontrollable bridal train.

We’ve heard all about fake news but fake wedding guests? C’mon, is nothing sacred anymore. As ridiculous as it sounds this story is not unique, but there is a twist.

In 2005 the BBC reported of an agency called Best Guests Centre that had been set up in the city of Jodhpur for couples who wanted to boost their wedding numbers.

In 2015 NPR covered the rise of the fake wedding guest service industry in South Korea.

However, in both of the cases mentioned both the bride and groom were engaging fake wedding guests services to save face.

The latest example being reported takes us to Shaanxi Province in Northern China and happened during the recent Chinese Labour Day holidays. The happy couple, a Mr. Wang and a Ms. Liu.

Mr. Wang, for reasons only he knows,  decided to hire two hundred fake wedding guests to represent his family and friends for his big day. The pretend friends were mostly poor students and migrant workers being paid 80 yuan ($12) each and the promise of free food. The bride, Ms. Liu? She had absolutely no idea.

More unbelievable perhaps is the fact that Mr. Wang and Ms. Liu had actually been a couple for three whole years before this fiasco unfolded.

Ms. Liu, 29, became suspicious as she mingled with guests at the wedding reception. In every case of chatting to her grooms wedding invites she was greeted with the line – we’re just friends. Ms. Liu raised the alarm when she discovered none of Mr. Wang’s family were present and even his parents had failed to show up for their son’s biggest day.

So what happens when you invite fake guests to a wedding in China? You’re arrested of course. An extreme reaction, maybe, but in hindsight there may be a case to answer.

To add insult to injury it now appears that Mr. Wang lied about his age as well. Reports suggest he is only 20 years old and therefore below the legal marrying age for men in China.

In a kinder twist of fate it would appear that Mr. Wang’s real parents have come forward and have said they’ll compensate Ms. Liu’s family for the money that was taken.

Have some Troll Cakes: Baker transforms Trump sound bites into bake off heaven