Written By Brittany Muldoon
in Sport 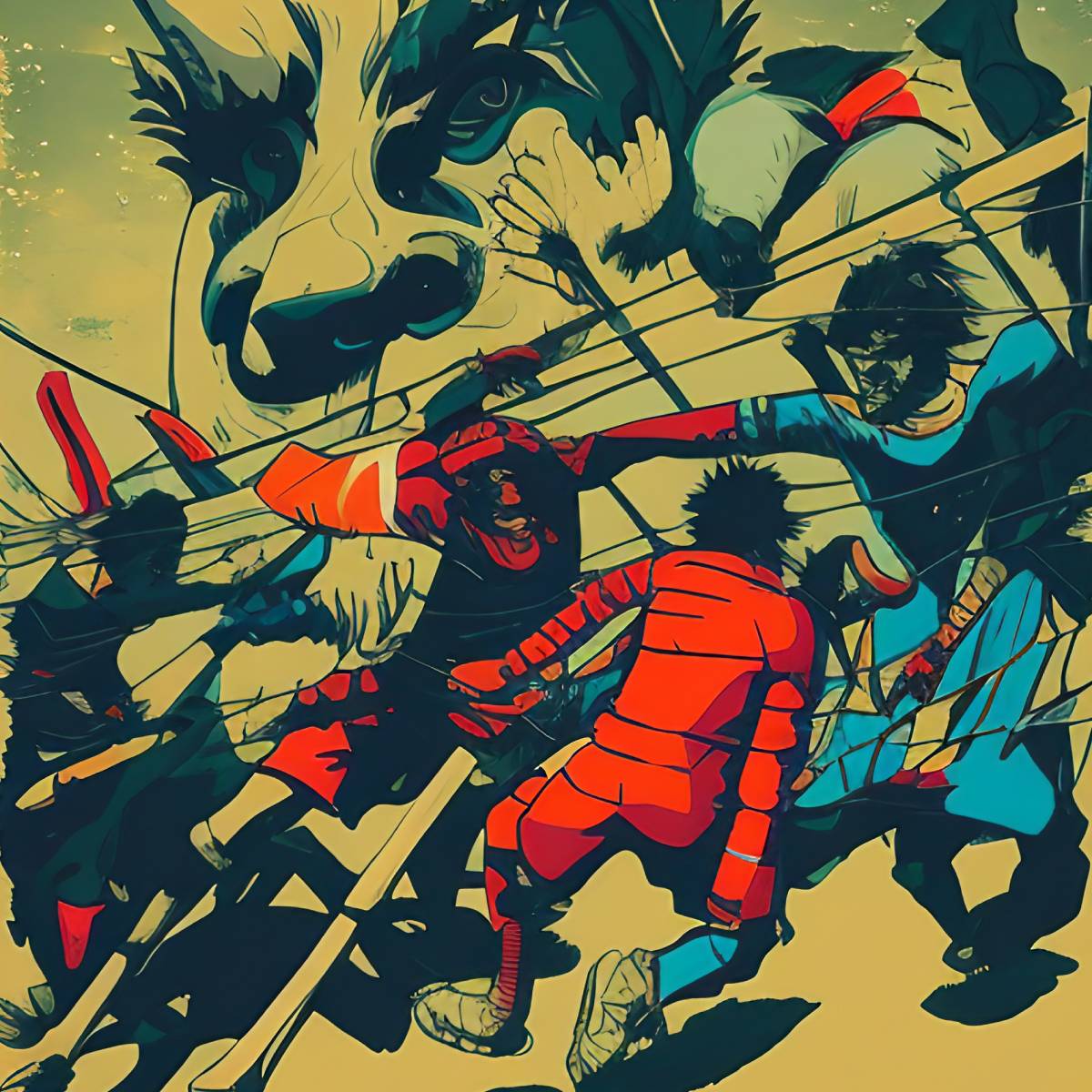 Romans’ chariot racing or the Greek Olympics probably come to mind when you think of ancient sports. But what were sports like in the Middle Ages? Meet calcio storico fiorentino. In English, the Italian words “Calcio Storico” literally translate to “historical football.” But this is much more than a simple game of football.

This is an adrenaline-fueled, action-packed brawl where rules are discarded in favor of scoring the most goals. Today, this high-energy sport is often described as a combination of rugby, soccer, and wrestling. Even with modern regulations, it gets violent quickly, so you can imagine what it was like back in the Middle Ages. So how did such an intense sport come about?

Calcio Storico was invented in 16th-century Florence and is thought to have originated in Piazza Santa Croce. It’s widely speculated that it was a modern revival of the Roman sport harpastum, but with a twist. Originally played only by wealthy aristocrats, including some popes, the first set of rules was published in 1580 by count Giovanni de Bardi. Throughout history, it’s clear that the aristocracy could get down and dirty with the best of them. Perhaps it’s no surprise that they invented something so savage and sometimes bloody.

But they couldn’t keep it to themselves for long. Calcio Storico quickly gained popularity and was widely played throughout Florence for the next century. Matches popped up regularly between ordinary civilians who also enjoyed the fast-paced game.

So now you know what it is and where it came from, but how do you play? The game’s objective is to score the most points by getting the ball into the opponent’s goal. The teams, each consisting of 27 players, have 50 minutes to accomplish this without substitutions for injured or expelled players. But there’s a catch: every time a player shoots and misses, the opposing team gets half a point.

The field is twice as long as it is wide, with goals at each end, divided in half by a white line. It’s also covered in sand, making fast movements difficult. Each team has four goalies, five midfielders, three fullbacks, and 15 forwards. There’s also a referee and six linesmen running the field to preserve the integrity of the game. Outside of these parameters, the rules are virtually nonexistent.

The game begins at the starting whistle when the ball first settles after being thrown onto the field. At this point, chaos ensues. The players use any method they please to get the ball into the opposing team’s goal, including both hands and feet.

At the whistle, the forwards grapple with each other to disable the opposing team’s defense. Once one team has successfully accomplished this, they can use any means necessary to gain possession of the ball and score a goal. After each goal is scored, the teams switch sides. At the end of the match, the team with the most points wins.

Considering how dangerous and violent this ancient game can be, is it still played today? The answer is a resounding yes. It’s one of Florence’s proudest traditions, drawing thousands of spectators each year.

Interest in Calcio Fiorentino waned during the latter half of the 17th century, almost disappearing altogether. Its revival would come from an unlikely player in history: Benito Mussolini.

During Mussolini’s reign, Giuoco del Calcio Fiorentino, or Florentine kicking game, became famous throughout the Kingdom of Italy. The city’s love for this unique version of football played in Piazza Santa Croce flourished. Eventually, it evolved into the cultural celebration it is today.

Calcio Storico now takes place as an annual tournament. The historic football games occur in early June, with two semi-finals during the weekends and the final on June 24. The final match is always a celebration, as June 24 is the feast day of San Giovanni, Florence’s patron saint. To add to the experience, Piazza Santa Croce is covered in dirt. While it may not be fancy, it matches what the field would have looked like in the 16th century. Bleachers are set up around the square to accommodate eager hordes of spectators.

The fanfare of the games is nothing like you’ve ever seen before. The players dress in historical costumes, bare-chested and sporting brightly-colored pantaloons. Instead of the typical numbers, symbols also identify them, such as a star or a dragon.

Four teams participate in the Calcio Fiorentino tournament, each representing one of the historic neighborhoods. These are the Azzurri of Santa Croce, the Bianchi of Santo Spirito, the Rossi of Santa Maria Novella, and the Verdi of San Giovanni.

But who plays on these four teams? Are they professionals? Not exactly. The players are Florentine volunteers of all ages and backgrounds looking to represent their respective historic districts. They don’t even get compensated; the honor of serving their neighborhood during this beloved cultural tradition is enough.

But… isn’t it dangerous?

If it’s the most violent game in the world, why do we still play? Has anyone ever, gulp, died playing Calcio Storico?

In ancient times, some players died during games of Calcio Storico, although we don’t know precisely how many. In modern times, though, no one has acquired fatal injuries during the game. But multiple players have indeed ended up in the hospital following injuries sustained during play. One player even had his spleen removed after a Calcio Storico Fiorentino game.

New rules of the game

Measures have indeed been taken to ensure the safety of players today.

The league has implemented a no-choking rule. Multiple people cannot gang up on a single player. Specific martial arts are also forbidden, and convicted criminals are not allowed to participate in the game.

Even though these are now in place, they don’t always prevent dangerous situations from cropping up. In 2007, 50 players ended up in court after a massive brawl, and the game got banned for a year.

After the teams face off during the semi-finals, the two winning teams compete in the final match on June 24. This comes with a huge celebration in downtown Florence.

The historical parade kicks off at four o’clock, with each historic district represented in the fanfare. The game follows at five o’clock and is 50 minutes of tooth-and-nail grappling for the title. After the victor is crowned, fireworks are set off from Piazzale Michelangelo.

Now that you know all about it, you’re dying to see a game. We don’t blame you!

Due to the pandemic, no fans were in the stands at the Calcio Storico games in 2020 and 2021. This year, though, the tournament is back in full force, much to the city’s delight.

Organizers have tried to keep the event local; tickets are sold in person exclusively at the box office. If you’re looking for a taste of this age-old tradition, head to the bleachers and get in on the excitement.

Can’t get a ticket? Not to worry: the games are always broadcast on local television. Head to the pub to experience the second-best atmosphere for watching these legendary matches.

Calcio Storico is quickly gaining fame worldwide, and it’s easy to understand why. This unique and intense sport is one of the most exciting cultural traditions on the planet. It was even the subject of a recent Netflix documentary. If your curiosity is piqued, visit Florence during the tournament to experience it for yourself.