Written By Lianda Martin
in History 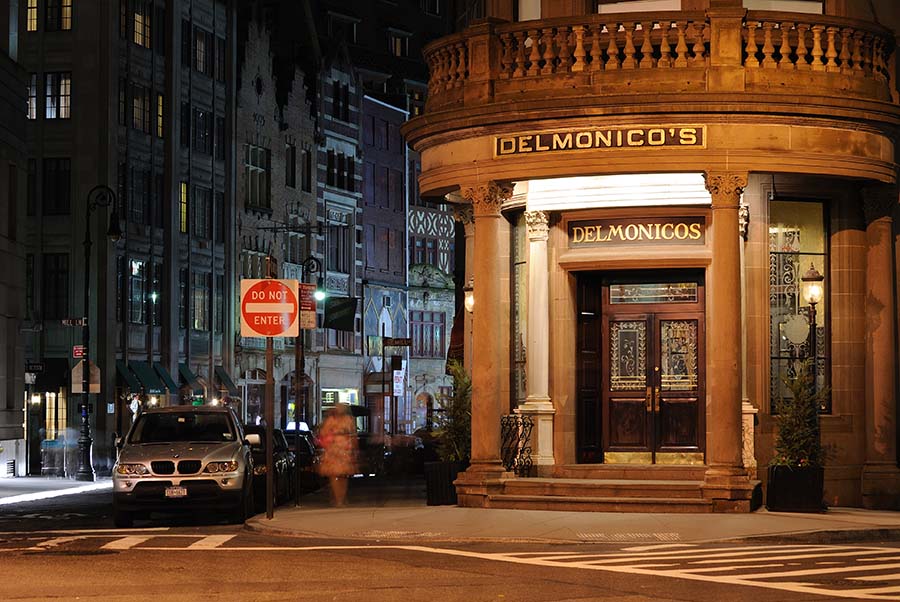 It was an incident of pique that led to a significant step forward in female emancipation and the formation of Sorosis, the first women’s club. The catalyst was Charles Dickens, of all people! In November 1867, Dickens undertook a second and much more successful tour of the United States. He gave 76 public readings in six months. The New York City Press Club decided to provide him with a sumptuous banquet at the famous Delmonico’s restaurant after the final reading. Several well established female journalists ordered tickets for the event. But, the women were refused entry; the New York Press Club only catered for male members, not women.

The incident was too much for Jane Cunningham Croly. She invited a few friends to tea to discuss this affront; perhaps she recalled the intrepid group of women who had crossed the ocean to attend the first international conference for the Abolition of the Slave Trade in Britain. Despite having tickets, they faced the same hurdle. When issuing tickets, the organizers had not realized that they were women and lamely offered to place them behind an iron bar and a curtain to attend.

Jane Croly revealed to Charlotte Wilbour, Mrs Henry Field and her daughter Kate, Anne Botta, and Josephine Pollard her intention to start the first-ever society for professional women. They all declared their interest. Kate Field, who worked for The Tribune, was going to Boston to cover the Dickens’s reading there. But the others agreed to an interim meeting to flesh out a constitution and find a suitable name for the new woman’s club. A list of people to receive invitations to a more important discussion on the following Monday was agreed.

The interim meeting was curtailed as Mrs Botta’s husband had objected to her participation. Mrs Field and Kate were in Boston, which left Charlotte, Josephine and Jane to get on with it. First was the task of finding a suitable name. To this end, they piled up every dictionary they could find. The first one Jane opened was a Botanical dictionary, and her eye fell on “Sorosis; fleshy fruit formed by a consolidation of many flowers with receptacle ovaries.” She fell in love with the word. “I liked it for its full, appropriate signification, its unhackneyed character and sweet sound, which seemed to me full of all gracious meaning.” (Croly 1898) They both compiled the rough Sorosis constitution.

The etymology of the Sorosis women’s club

They proposed the name Sorosis, etymologically supported by the fact that “soror” in Latin was “sisterhood”, and in Greek, “sōros” meant “heap” to the 14 ladies who attended the Monday meeting. The short constitution described the Sorosis woman’s club as a place where a member could:

More than 24 women enthusiastically endorsed the first-ever club where “womanhood” and suffrage was the prime basis of unity. Sorosis member meetings were on the first and third Monday of the month. The first “pay” lecture entitled “Houses and Homes” was presented by Mrs Cecelia Burleigh in November 1968. Sorosis activities emphasized educating women on their rights, community involvement, citizenship and civic duties.

Who was Jenny June?

Jane Cunnigham Croly had been born in England, and she immigrated with her family to America when she was twelve. Her Victorian upbringing led her to write under several pseudonyms like other writers of the time; Sara Parton was Fanny Fern and Anna Johnson Miller, Minnie Myrtle. Jane made a name for herself as Jenny June. She was the first female journalist to have a story syndicated, and she wrote on the single issue of the role of women in 19th century America. Jane married a fellow journalist, David Croly, in 1856, and they had five children. For 27 years, she wrote for and later edited the prestigious Demorest’s Illustrated bi-monthly. In 1882 Jane Cunnigham Croly became Professor of Journalism at Rutgers’s University. She chaired Sorosis from 1875 to 1886, and she remained a driving force behind its development until she died in 1901.

At the first annual meeting, Sorosis had 83 members despite the initiation fee of $5 (just under $100 today,) the requirement of being invited, passing an inspection and taking an oath of loyalty. Members included one historian, two physicians, four science writers, six artists, six editors, eight philanthropists, nine teachers and lecturers, 11 poets, 22 authors and 14 other ladies.

While Charlotte Wilbour was President, an Association for the Advancement of Women was organized, and they sent out invitations to the first three-day women’s congress. The congress was held at the Union Square Theater on October 15 -17, 1873. Four hundred people attended, 35 papers presented, and 18 states represented.

Perhaps its best work was undertaken when Sorosis turned twenty-one. It set out to launch a General Federation of Women’s Clubs (GFWC). In 1889, a meeting in New York brought together members from 61 women’s clubs. In 1890 the GWFC became a permanent organization, and Charlotte Emerson served as the first elected President.

The turn of the century was marked by an explosive debate on the admission of African American groups to the GWFC.

Many members defended the “Southern position”, expressing a “belief in white superiority rather than racial prejudice”, hastening to add that Ruffin herself was welcome to join as a representative of one of the other (white) clubs to which she belonged. A temporary agreement, which left the issue to individual states, was passed at the 1902 Biennial and the GFWC flourishes to this day.

Jane Cunningham Croly was inducted into the National Women’s Hall of Fame in Seneca Falls, New York, in 1994.

What is The Black Swallower Fish and Should You be Scared?