Written By John McKenzie
in Life 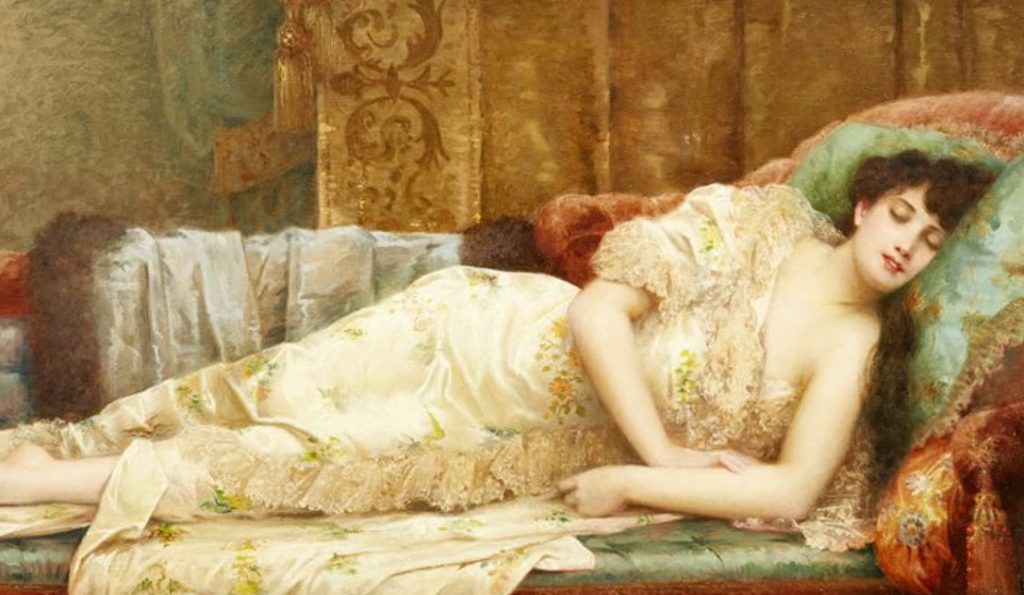 Her gym membership lapsed, Miriam resorted to napping at home.

A UK gym chain is offering ‘Napercise’ classes where you can sleep for 45 minutes. The David Lloyd group has come up with the novel solution for knackered parents who struggle to get enough rest by more conventional means.

So how did David Lloyd get the idea? Is this a genuine addition to it’s range of class offerings or just shrewd marketing? According to their website David Lloyd commissioned survey specialists OnePoll to question gym members on a variety of lifestyle topics. The research uncovered some useful but not completely unsurprising stats:

The reasons for fatigue and lack of sleep were perhaps more revealing:

If these facts weren’t enough to send you scampering for the goose down duvet and Egyptian cotton sheets then more startling facts were also revealed:

Ok, so we have to say, that last bunch of facts, who were they interviewing? The sleepiest people in Britain? Sufferers of narcolepsy?

Class-goers will join the ranks of some famous nappers throughout history: Winston Churchill, John F. Kennedy, Ronald Reagan, Napoleon, Albert Einstein, Thomas Edison and George W. Bush all liked to get the head down in the afternoon.

In fact napping is positively encouraged at some of the more progressively minded employers in the US. Ben & Jerry’s, Zappos, Uber and Google have installed napping facilities in their headquarters.

Napercise is scheduled for a trial in Sidcup and the concept will be rolled out across more locations if deemed successful. David Llloyd didn’t mention if Sidcup had an especially sleepy membership. However, the trial places have all been filled, presumably by a lethargic gaggle of Mums and Dads.