A Sleepy Guide to Why do People Yawn?

Written By Cal Harding
in Science 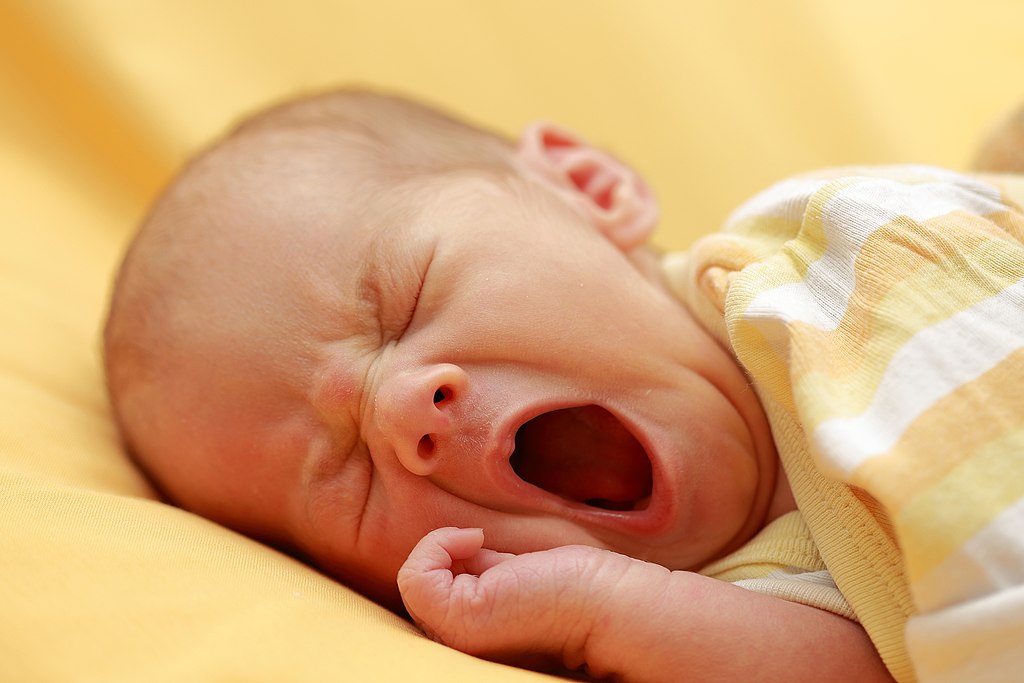 The paradox of yawning

Yawning is simultaneously one of the most recognizable and least understood human reflexes. It indicates fatigue, yet we also do it when we wake from a great night’s rest. It’s also inexplicably infectious, causing even mistrust of those who don’t yawn when we do. And if you don’t think it carries an element of communication, try to yawn while your boss is giving an important presentation and see how well that goes.

Nonetheless, experts from fields as diverse as medicine and linguistics have made great strides in understanding the specifics of yawning.

Yawning is an evolved involuntary reflex that isn’t exclusive to humans. Birds, reptiles, and even fish are known to yawn. Yawning isn’t even exclusive to the post-natal; humans generally begin to yawn in the womb about 11 weeks into gestation.

However, contagious yawning—the urge to yawn when we see others do it—only develops at around five years old.

Yawning as both a reflexive response to a physiological state and a contagious behavior has given rise to two broad schools of thought: yawning as a biological phenomenon and yawning as a social one.

Yawning as a biological mechanism

The popular perception of a yawn is an expression of being tired or bored. This has given rise to the hypothesis that it encourages blood flow to the brain, thereby delivering more oxygen, which helps to increase alertness.

The reality, however, disagrees with this perception. Psychologist Robert Provine from the University of Maryland determined that people were no more or less prone to yawning if they were in a high or low-oxygen environment.

It would thus seem that yawning is unrelated to any need the brain may have for more oxygen.

A theory promulgated by Princeton University’s Andrew Gallup is that yawning helps regulate brain temperature as a type of brain cooling mechanism.

The idea is that, as you yawn, the involuntary straining of the facial muscles dilates blood vessels and aids in increasing blood flow to the head.

This blood is then cooled by the sharp inward gust of cool air into the lungs resulting from the yawn’s inhalation. The cooled blood then enters the brain and keeps the vital organ optimal.

However, this brain cooling theory is not without its detractors—despite a study showing that more than 20% more yawning occurred in cold air than in warm.

Adrian Guggisberg from the University of Geneva believes this indicates that the mechanism would fail when we need it most. Warm air means warm weather, which is when you would expect more brain-cooling—thus, more yawning—to occur.

However, this is not the case. Guggisberg further contends that the presence of other physiological means of temperature regulation, like sweating, indicates that yawning offers little potential benefit as a physiological function.

The social theory of yawning

Guggisberg believes contagious yawning serves as a clue to its social function, which is more likely the reason for its evolution.

This theory doesn’t downplay the potential physiological significance of yawning; it simply offers the concept of a yawn contagion as an alternative explanation for its origin.

It’s a well-known fact that being susceptible to contagious yawning indicates emotional intelligence and is a means of showing empathy. A common test for psychopathy involves observing someone’s reaction to being exposed to another person yawning, whether in person or via other media like pictures or video.

The association of spontaneous yawning with boredom or sleepiness crosses all known cultures and perhaps subconsciously indicates an individual’s openness to social engagement or activity.

Besides humans, the only animals known to be affected by contagious yawning are dogs, chimps, rats, lions, and the humble budgie.

Considering that most known vertebrate animals yawn, it thus seems unlikely that the behavior has a purely social origin.

Is it possible to yawn too much?

Excessive yawning in humans is yawning that occurs more than about once per minute. It’s not dangerous in and of itself, but it can present as a symptom of an underlying medical problem.

Vasovagal syncope occurs when the vagus nerve becomes excited, usually due to acute stress such as sighting one’s blood. The reaction involves a sudden and potentially dangerous drop in heart rate and blood pressure, as well as a change in the pressure of the spinal fluid, which can be accompanied by excessive yawning.

Other medical conditions which can present excess yawning as a symptom include chronic fatigue, sleep apnea, narcolepsy, or medication side effects. More sinister—but rarer—triggers of excessive yawning can include epilepsy, multiple sclerosis, liver failure, a heart attack, or even a brain tumor.

The body’s inability to regulate its temperature is also known as a trigger for too much yawning, which seems to fit well with Andrew Gallup’s theory that yawning helps to cool the brain.

In any event, if you notice a dramatic increase in yawning for no apparent reason, please consult with a medical professional to determine whether or not there’s a pathological basis to it. You may be tired, but only a professional can be trusted to provide medical advice.

There are many theories about why yawning occurs, originating in folklore and academic research institutions.

It could be related to unconscious social cues, a supplementary cooling mechanism, a means of increasing alertness, or it may even be a vestigial holdover from a time in the distant past when our biological ancestors benefited from it in ways in which we no longer do.

Like so many elements of human behavior, we don’t know for sure. However, several factors likely encouraged its evolution, not just one or two.

The only thing that can be said about it with certainty is that it’s best to avoid it when talking to your boss or your significant other.

Star Power: The Potential of the Dyson Sphere