Written By Alberto Raines
in Life 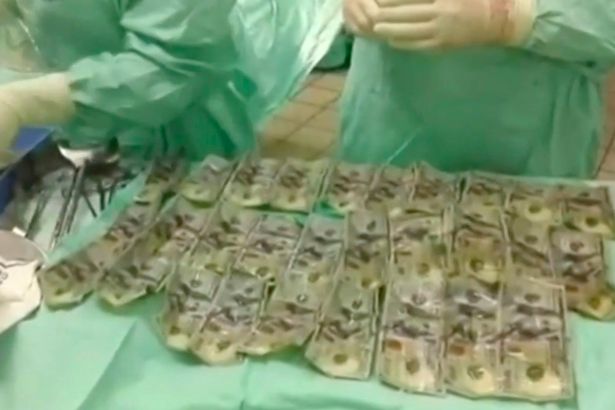 Media outlets are awash with the story of a 30-year-old Colombian woman who gobbled up $7,000. The woman from the Colombian city of Bucaramanga resorted to the extreme action during a fight with her husband.

So yeah, we can all instantly imagine a feisty Sofia Vergara type chowing down on a fistful of Benjamins. How on earth did she manage it though? We mean, physically, how did she manage it and all the time arguing with her husband. That is some serious multi-tasking.

We feel a bit like Roy from the IT Crowd puzzling over how you die in a fire at a Sea Life Centre.

$7,000 is not an insignificant sum in the South American nation and would comfortably pay for a years apartment rent in a decent area of Bogota.

If the reports are to be believed the woman in question sold a number of household electrical items so that the couple could go on holiday. That’s a lot of household goods to reach $7,000. Gold Ipad anyone? Maybe it was the reason for the argument.

The woman received medical treatment at University Hospital of Santander, in the city of Bucaramanga. Director of Surgery Juan Paulo Serrano, said:

“Fifty-seven 100-dollar bills were found and extracted by the orifice opened in the stomach in the gastronomy, through which some extra rolls (of money) were found in the intestine, which advanced to the colon, the lower part of the intestine, in order to be evacuated by normal means through the patient’s intestinal movements.”

“She ate rolls of bills, they were not wrapped up for any form of illicit transport. It seems it was an act of desperation by this woman, due to the problem she was facing, to ingest these elements, and this of course affects the patient’s normal intestinal functioning and life.”

Thankfully there’s at least $5,700 left for a seriously good holiday. Whether or not she goes with her husband remains to be seen.