Written By Cal Harding
in Science 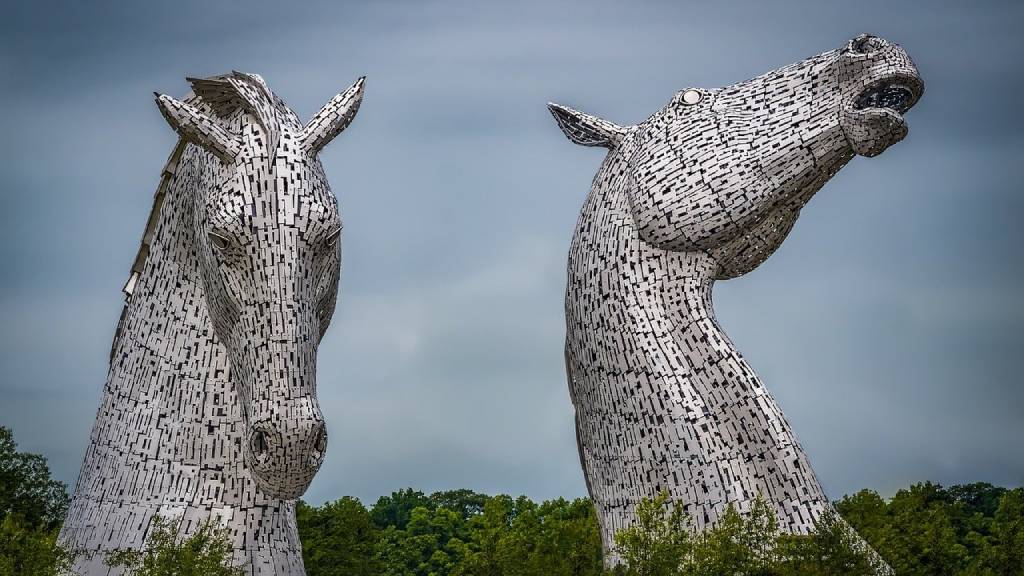 The word “horsepower” conjures images of exotic Italian roadsters, souped-up American muscle cars, and screaming Formula One vehicles. One thing that—perhaps surprisingly—does not usually leap to mind is, you know, an actual horse.

Stop to think about it, though, and we walk away with more questions than answers: Does every horse have more or less the same power? Why are we still comparing cars to horses in the 21st century? Why did the third Sex and the City film get canceled?

Then, there is the most salient question of all: How much horsepower does a horse have? Is it one horsepower? Say “neigh” to befuddlement as we gallop our way toward the answer.

Let’s get the obvious out of the way; a horsepower is a unit of power measurement—most often used to describe the power output of motors and engines. Mechanical horsepower (also known as imperial horsepower) is around 746 Watts.

A bit of history

Set in their ways and seeing no apparent drawbacks to an all-equine workforce, Watt took a marketing approach, focusing on the power of a horse. He determined that an average horse could turn a mill wheel about 2.4 times per minute. Watt multiplied the applied force by the distance traveled and concluded a power output of 33,000 foot-pounds per minute—roughly equivalent to the 746 Watts above.

By showing that his steam engine was capable of outperforming that work rate many times over, he simplified the comparison and clarified the advantages.

The power of one horse

One horsepower is roughly equivalent to the daily work output of a healthy draft horse, meaning that Watt’s estimates were accurate enough, within a reasonable margin of error.

However, horses aren’t machines. They work harder at certain times than others; they produce more power during short, intense bursts than slow, protracted labor; and there’s also accounting for the differences between different horse breeds.

Not all horses are alike

The 1925 Iowa State Fair determined that the average horse can sustain a maximum output of approximately 14.9 horsepower over a short period. So, confusingly, the average adult horse puts out significantly more than 1 HP regardless of breed. The term has nothing to do with veterinary science but refers specifically to the power required to move 33,000 foot-pounds of mass per minute.

Horse breeds differ biologically. There’s no one-size-fits-all answer, nor is there a ballpark figure that applies to all horses; a British Spotted Pony is unlikely to ever match the raw, erm, horsepower of an American Quarter Horse, for example.

Power outputs and the average human

That’s a complicated question because, like horses, people come in all shapes, sizes, and physical capabilities.

The average healthy and physically fit adult human puts out roughly 0.27 HP, but that also depends on what they’re doing. At peak, the same human can exert around 1.2 HP. Humans can sustain about 0.1 HP indefinitely.

For reference, trained athletes can produce about 2.5 HP over brief bursts, but sustain 0.35 HP for several hours. Former sprinter Usain Bolt measured a maximum of 3.5 HP at burst. It should be no surprise that that would put him beyond the realm of capability for most of us, but he would still come a very distant second to even a weak equine.

What about metric horsepower?

Let’s talk about the metric system. There’s more than one way to skin a cat, or in this case, a horse, when it comes to measurement.

The original measurement of horsepower—to which we alluded above—is today defined as mechanical horsepower or imperial horsepower. If you guessed that this implies the existence of metric horsepower, then you’d be correct.

Metric horsepower is defined as the power required to lift a 75 kg (165 lbs) weight to one meter in precisely one second. 735 Watts is the answer. Conveniently close enough to the 746 Watts of imperial horsepower that the two standards are often used interchangeably.

Then there’s electrical horsepower, which measures the power output of electrical motors, hydraulic horsepower representing the power of hydraulic machinery, drawbar horsepower used in locomotives, and so on. The list is not endless, but you’d need quite a few HP to go over it all.

When examining automobile engine power, matters don’t become less complex. The output of electric motors or automotive engines can be represented by many different types of horsepower depending on the specific application or stage in the transmission process.

We know it’s pretty opaque and obtuse, but common sense dictates that not all horses, people, or engines are alike.

But if you’re feeling pressured on quiz night, say 14 HP. Most horses can produce and sustain 14 HP.