Written By Lydia Serrant
in History 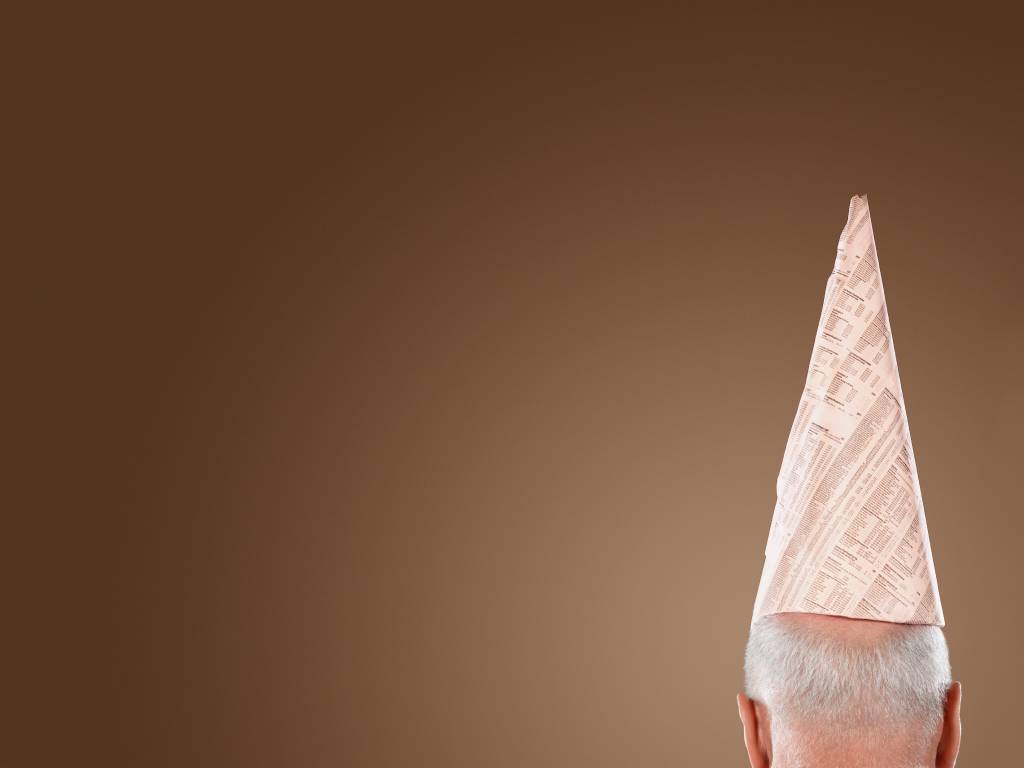 The Dunce cap is more than just a goofy-looking cone hat reserved for the classrooms’ most notorious underperformers and disruptive children. It was once a visual symbol of academic achievement and scholarly merit.

The Dunce’s hat once adorned the heads of Europe’s intellectual elite and is named after its originator, John Duns Scotus (1265(or 66) – 1308), a Scottish theologian and scholastic philosopher.

John Duns Scotus was one of the most influential philosophers of the High Middle Ages. He published expert treaties on metaphysics, grammar, logic, and theology. A highly respected man of his time, Duns endorsed wearing a basic cone hat as he believed that such hats acted as a cosmic funnel, whereby one could receive knowledge directly from the universe.

He theorized that the reverse funnel design of the cap could potentially ‘download’ universal knowledge directly from the cosmos straight to the brain. Ecclesiastical academics at the time had no reason to question this theory. John Duns Scotus was one of the most eminent church scholars, expanding religious ideas by successfully defending the Virgin Mary’s immaculate conception and explaining the metaphysical existence of God.

Read more: Wojtek the Bear: The Syrian Brown Bear Who Inspired an Army

In recognition of his academic achievements, the catholic church gave him the title ‘Doctor Subtilis,’ which translates as The Subtle Doctor. His teachings became widespread, as did pointy hats of flowing wisdom.

Dun’s theory remains up for debate, but many wise men of the time adopted a pointed cap as per Scotus’ teachings. These men became known as Duns’ Men, later shorted Dunsemen, and then ‘Dunce.’

It is unclear who came first, John Duns Scrotus or Wizards, but the design of the traditional pointed tip Wizard’s hat also emerged around this time.

The fall of the dunce cap

While dunce caps remained at the height of intellectual fashion for some time, they began to fall out of favor sometime during the 1500s, when advancements in scientific thought replaced Dun’s theories.

Dunsmen were still at large during this time and openly ridiculed for their outdated beliefs. From then on, conical caps were associated with foolishness and stupidity, and thus the Dunsmen slowly disappeared from scholarly circles, leaving only their Dunsmens cap behind.

The remaining Dunsmen dedicated themselves to championing Scotus life’s work and refused to budge on their world beliefs despite abject ridicule.

During the Victorian era, the dunce cap took off as a Symbol of the Stupid, but before this, the dunce cap had a brief period of association with evil.

Concerned Citizens of the 1700s would place conical caps on the heads of accused witches, believing that the caps’ resemblance to church steeples would draw in God’s power from the heavens and flush out any evil present in the wearer.

The first publicized mention of the word ‘Dunce’ to infer stupidity was in a 1624 John Ford play. The performance introduced a ‘Dunce-table’ referring to a place where anyone deemed plain stupid sat apart.

The term Dunce appears in Alexander Pope’s satire ‘The Dunciad,’ published in three different versions between 1728 and 1743. The Dunces were not portrayed as evil or villainous but as representations of stupidity and immorality.

Since then, the dunce hat has had a strong association with intellectual failing. School children who were unruly or unable to keep up with the academic rigor of the classroom were forced to wear dunce caps with the latter ‘D’ on them or the word ‘Dunce.’

Just as in John Ford’s plays published two centuries before, the ‘Dunce’ child was separated from the other students and ‘exiled’ to the Dunces Corner.

This practice continued well into the twentieth and twenty-first centuries, with the Dunces corner still being used throughout English schools well into the 2000s – albeit without the pointed caps.

During the mid-twentieth century, the Dunce hat found its way back to its scholarly home. As well as being a conspicuous punishment for slow learners, the dunce cap became a symbol of academic dishonesty and arrogant ego among the intellectual elite.

The Howland Owl was a self-appointed figure of authority who referred to himself as the ‘perfesser’ of the swamp. In early versions of the comic, the owl wore a basic cone hat adorned with stars and moons. Popularized today as a typical wizard’s hat and featured in the later Disney film The Sorcerer’s Apprentice.

Inspiration for the Howland Owl was derived from The Owl of Athena, a symbol of wisdom and knowledge. The Dunce’s cap he fashioned was a subtle reference to the stupidity of pseudo-intellectualism.

The comic strip had a regular spot in American newspapers between 1948 and 1975 and targeted social and political issues. The Howland Owl was a favorite character, described as unable to tell the difference between facts, myths, and big words.

Academics soon caught onto the iconography and metaphor of the Howland owl and used the symbol of an Owl in a dunce’s cap to represent those who cultivate and promote false knowledge for self-gain or those who wish to symbolize their lack of knowledge in a subject.

The former Dunsmen’s cap has experienced many symbolic transformations over the centuries, and none of them are particularly flattering.

Although the dunce cap and corner have been banned in modern schools, the legacy of the Dunce remains.

Today, John Dun Scotus is still a man of legend within the church. Other church scholars probably did not envision that their cap of intellectualism would be reduced to symbolize the exact opposite.

Read more: How Long is the Marathon? The Story of a Peculiar Distance

Duns, at one time, was described as a Renaissance Man centuries too early, even though he firmly rejected Humanist thought that later led to the Renaissance and later religious Reformation movements.

Instead, Scotus is remembered through a series of disjointed associations with pointy hats, first the scholarly. The outdated, followed by evil, and finally on the head of a sullen child, forced to sit facing his elementary school classroom wall.

The dunce cap is as much a punishment as it is a form of humiliation. What was once only a badge of honor for the intellectual elite is now a token of class clowns.

However, Duns remains a highly recognized and respected scholar and man of his time inside the Catholic church. Pope John Paul II gave Duns the title ‘Blessed’ in 1993 and is regarded as the first Franciscan priest to attempt to harmonize religion and science.

Ferric Fantasies: The Strange Saga of Popeye, Spinach and Strength