Written By Raeesah Habib
in Nature 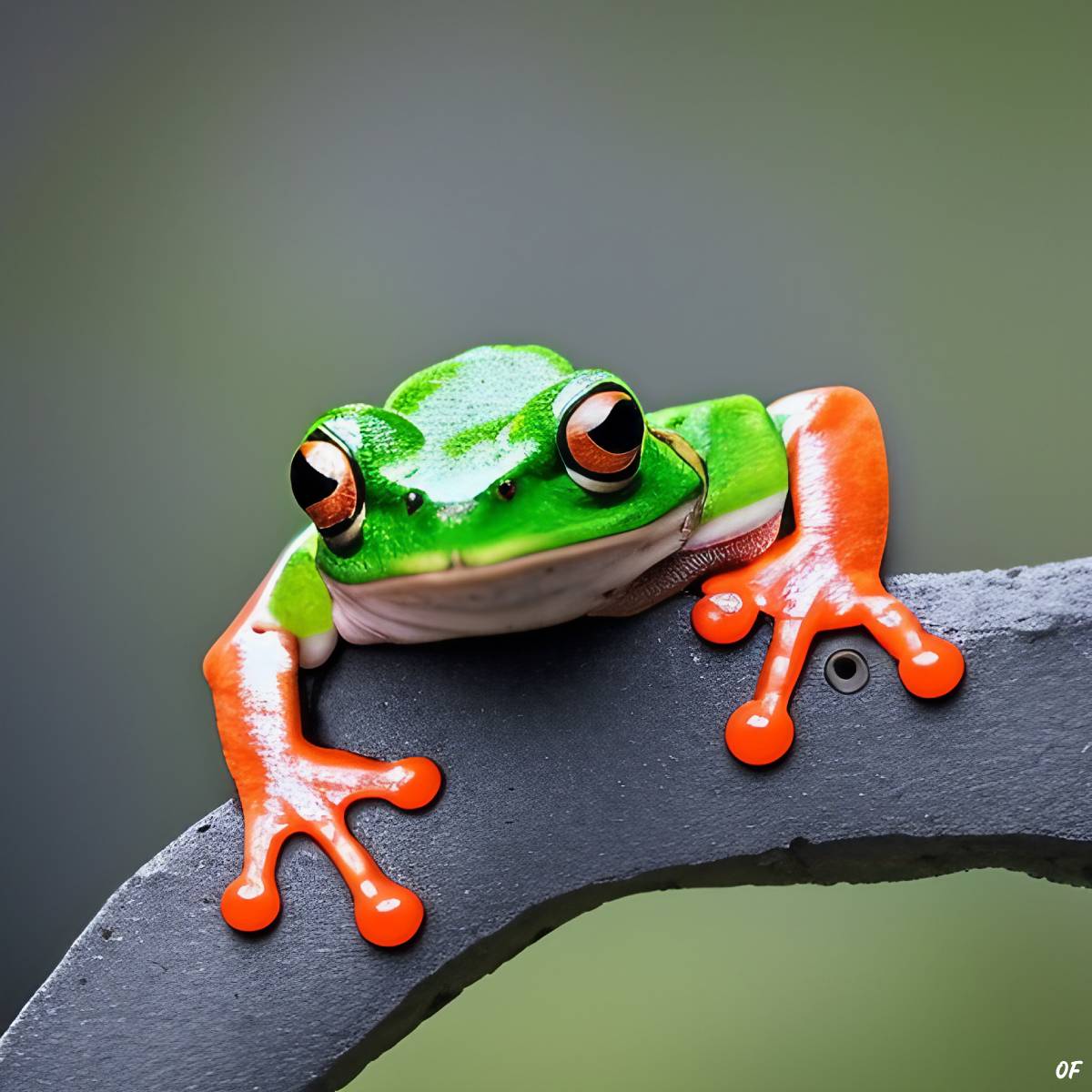 Of all the ways in which humans have impacted wildlife and the environment, the feminizing of male frogs has to be among the most bizarre. Like other forms of pesticides, Herbicides are widely used in agriculture to control unwanted grasses and weeds in crop fields and gardens.

For millennia, pesticides have been used with little regulation. But as more research is conducted, scientists are uncovering the nasty effects of these pesky poisons. And over the past two decades, the effects of the herbicide atrazine on unsuspecting frogs came to light.

The science of atrazine exposure

According to a 2010 study by the University of California, Berkeley, male frogs exposed to the herbicide atrazine suffer impaired reproductive function.

The findings reflected that three-quarters of males in exposed populations were not only chemically castrated but also showed a massive drop in testosterone levels. And as if that was not emasculating enough, every one in ten exposed males turned into females. With a near-zero sperm count, they have little to no chance of reproducing in the wild.

These sex-reversed males, which account for 10% of the males exposed, can successfully mate and reproduce with normal males. But since they are genetically male, they only produce male offspring. This results in dramatically skewed sex ratios that can wipe out entire populations.

The studies were conducted on African clawed frogs in laboratory environments. However, previous studies in the field reflect similar findings in atrazine-exposed males among wild populations.

Frogs, specifically males, change their sexual development when exposed to atrazine. The herbicide acts as an endocrine disrupter converting androgens (male hormones) into estrogens (female hormones). This causes the feminization of the gonads of male frogs, meaning that their testes become ovaries. But the hermaphrodite frogs are still genetically male.

Atrazine also impairs laryngeal development. The larynx, the vocal organ responsible for sound, is especially important in frogs as they croak to communicate and attract mates. Since males do most of the groundwork during courtship by calling to attract females, they typically have larger larynges.

The implications for wild frogs

Globally, amphibian populations are declining at an alarming rate, with nearly a third of the world’s species in peril. Research on the effects of combined pesticides on the endocrine systems of male African clawed frogs and leopard frogs concluded that we might be grossly underestimating the role of pesticides in amphibian declines.

Although our amphibian species face many threats, including habitat loss and pollution, pesticide use is a significant culprit. And atrazine is among the worst offenders, wreaking havoc among frog populations, even at low concentrations.

Previous studies of pesticide toxicity were typically conducted using very high doses. But according to a media release published by the University of California, Berkeley, atrazine disrupts the sexual development of frogs at far lower concentrations than what is permitted by the Environmental Protection Agency (EPA).

And because the herbicide has been in use for over 50 years in countries around the world, it may have enduring and far-reaching effects on amphibian populations worldwide.

Why is atrazine still used?

Despite being banned or phased out in 35 countries, atrazine is still widely used in many parts of the world. It is the second-most common herbicide in the United States and is used to control grasses and weeds growing in maize fields and other major crop plantations, including soybean and sugarcane.

The initial research was funded by the national science foundation, and findings were published as early as 2002. Yet the use of this harmful chemical persists today and continues to contaminate our ecosystems.

Although it was banned in Hawaii and several U.S. overseas territories in 2020, the Environmental Protection Agency (EPA) reapproved the use of atrazine in the continental United States following a 7-year review, despite its toxicity.

Needless to say, health experts and wildlife bodies aren’t impressed. Organizations such as the Center for Biological Diversity continue their campaigns to ban harmful herbicides, citing their severe impacts on people and wildlife.

Atrazine is known to persist in the environment. Agricultural runoff contaminates ground, surface, and drinking water, posing immeasurable risks to exposed animals, humans, and entire ecosystems. And because its use is so widespread, all aquatic environments are at risk.

Why are frogs so sensitive?

The effects of atrazine and other contaminants are significantly worse in amphibians than in other animals. The reasons for this lie in their biology. Since amphibians live on and in water, their bodies are adapted to breathe and function in wet and dry environments.

They have very thin, permeable skin to allow for the exchange of gases, water, and electrolytes, making them highly susceptible to environmental contaminants and pollutants that can easily permeate their skin.

Moreover, frog eggs lack shells, having only a soft, squishy, membranous covering protecting the growing embryo. Even as tadpoles, they can take in contaminants through their gills. For these reasons, frogs are especially vulnerable to pollution and environmental contaminants throughout their life cycle.

Consequently, this is why frogs make such great ecological indicators. Their presence or absence in a given ecosystem can tell us a lot about the integrative biology of that environment. And since they occupy land and water, they offer insights into the entire system’s health.

The importance of frogs

Frogs are vital animals and play a crucial role in the ecosystem. They are excellent bioindicators and can be monitored to detect environmental disturbances and ecosystem health. But their value doesn’t end there.

Flies, mosquitoes, and other pesky critters make up a large portion of an amphibian diet. And herein lies the great irony. Adult frogs serve as natural pest control. A healthy frog population can consume over 50,000 insects per acre, doing much of the work of harmful pesticides. Yet the careless use of atrazine and other chemicals is decimating frog populations.

Frogs may also be an effective means of biological control against disease vectors. Owing to their penchant for mosquitos, flies, and even snails, frogs could help us keep diseases at bay. More research is needed to determine how they help us curb disease. But one thing’s for sure – a world without frogs is one with many more disease-carrying pests.

The ecology of tadpoles is not yet fully understood. But they are believed to play an essential role in maintaining freshwater ecosystems, keeping waterways and wetlands clean, and forming important links between freshwater and riparian habitats.

Aside from being indicator species, frogs have also helped humans make leaps in medical research. They are commonly used laboratory animals, and their skin secretions are often the subject of pharmaceutical studies. Frogs have even been used in early forms of pregnancy tests. Sadly, much of this equates to animal cruelty.

Ultimately, their central role is an ecological one. Amphibians serve as crucial links in the food web. Frogs, toads, and other amphibians are indispensable food sources throughout their metamorphosis. Many species depend on them as well as their eggs and larvae.

It is clear that amphibians play an invaluable role in the ecosystem. And pesticides like atrazine are at the top of the list of threats jeopardizing their survival.

Alexandre Villaplane: A Tarnished Legacy in the History of French Football

Do Fish Ever Get Any Shut-Eye?