Do Fish Ever Get Any Shut-Eye? 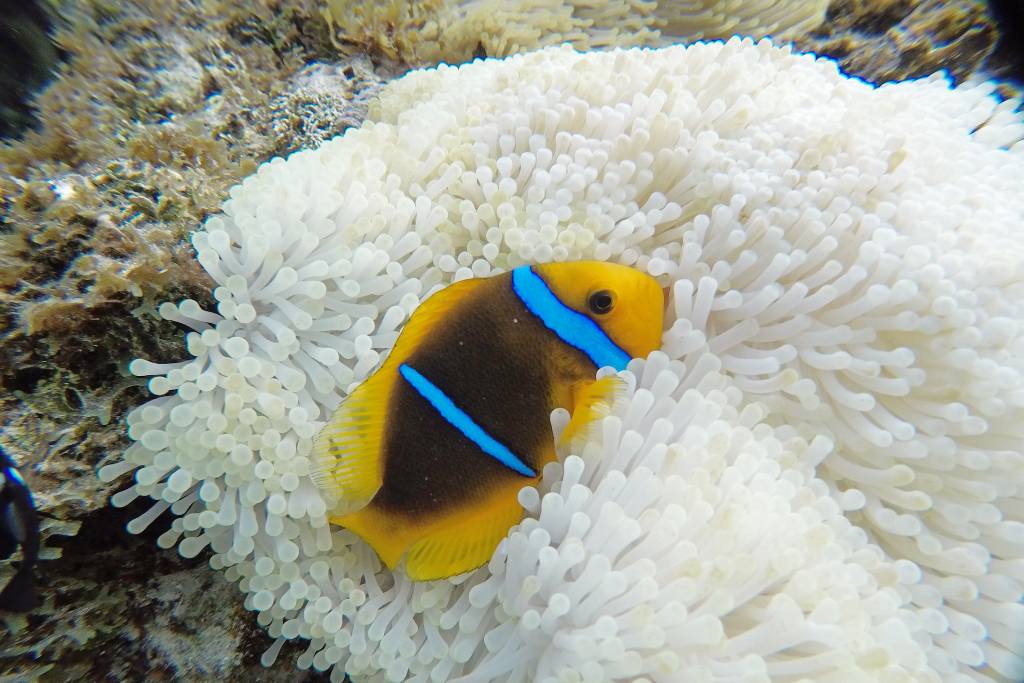 If you’ve ever seen your pet fish hovering motionlessly in your aquarium, or nearly had a heart attack when it flipped itself upside down for some time, you’ll be happy to know that your darling little Nemo may simply have been taking a snooze. While most fish seem to indulge in regular sleep, their sleep habits are as varied, vast, and interesting as the unexplored oceans.

Sleeping in water is complicated

Probably one of the things you should not put on your bucket list is falling asleep while you’re swimming. That’s because you need to (obviously) keep on breathing. Funnily enough, many fish also face problems keeping oxygen flowing when they fall asleep. This is because they need to keep water flowing over their gills.

Some fish can afford to stop moving around when they sleep because they pump water over their gills with their mouths. For other species, like larger sharks, movement is essential. If they stop moving, they suffocate.

Scientists suspect these larger sharks may still be capable of sleeping while swimming because the nerves that coordinate swimming are situated in the spine. This means that the brain could probably get some downtime without compromising movement.

There are other problems with sleeping in water too. Some fish need to stay balanced, so you’ll see them flicking a fin now and then.

Of course, there is also the issue of safety. While a fish is unconscious of its surroundings, it must figure out how to protect itself against predators. Though fish remain somewhat alert to danger, many shelter in a secure spot under some corals, find a suitable nest or burrow themselves into the mud. Other fish float in the same place and don’t bother to hide while sleeping.

Sleep is a mysterious matter, and many a scientist has lost a good night’s sleep while trying to figure it out. There are two ways to define sleep: brain activity and behavior.

Inside a fish’s slumbering brain

Most animals experience specific patterns of brain activity during various sleep cycles, such as rapid eye movement (REM) sleep and slow wave sleep. In humans, brain waves related to sleep are measured in the neocortex. But fish don’t have a neocortex! So how do you know when they’re asleep?

Enter the dorsal pallium of fish. Brain waves similar to the waves found in land animals during slow wave and REM sleep cycles have been recorded in this region of their brains, along with telltale changes in heart rate, muscle tone, and eye movement.

It’s easy to tell when land animals are sleeping because they have eyelids that can close. Since many fish don’t have eyelids, how do you tell the difference between fish rest and sleep?

When fish take a snooze, they usually stop moving a lot, their breathing slows, and they are less responsive. You can handle and touch them easily – maybe even without them waking up. And just like other animals, they make up for bouts of sleep deprivation by sleeping for longer the next time they get the chance.

With the vast marine biodiversity, it’s hardly surprising that scientists have discovered odd behaviors related to how some fish sleep.

Parrot fish spin a cocoon around themselves when they go to bed. This sticky sleeping bag helps prevent predators from smelling them and protects them from parasites. While this is very hygienic for parrot fish, it isn’t recommended for humans, tempting as it sounds.

Another strange species with immense strength of character is the stickleback. Stickleback males are such dedicated fathers that they stop sleeping altogether for days or weeks on end so that they can constantly fan oxygenated water over their eggs. Some have even died during this endeavor.

Lastly, remember that some fish, like the loach, sleep upside-down – so if you find an upside-down pet in your aquarium, give it a few hours before you start planning the funeral.

Why do fish sleep?

Scientists think that fish sleep for the same reason that most animals do: to process information and give their bodies a chance to repair, rejuvenate, and possibly conserve energy.

Do fish sleep with only half their brain?

When do fish sleep?

Like land animals, fish have an internal “clock” or circadian rhythm which dictates their sleeping patterns. In addition, fish produce hormones to regulate their sleep, just like humans do. Light regulates sleep for many species, just like other animals.

Most aquarium fish are awake during the day, though knife fish and catfish are nocturnal. If you put on the light at night, you would see that your fish look pretty sluggish.

This tricky question hasn’t been answered yet. An octopus has been seen changing color during sleep, and scientists think it could be dreaming about something and camouflaging according to its dreams.

The final verdict: Do fish sleep?

The answer is a resounding “yes.” Most fish sleep, but they do this in a way that works for them. For fish, sleep seems to be a rather personal matter. The sleeping habits for one species don’t necessarily work for the species in the coral next door.

We’ll leave you with a question we’ve been pondering: If fish do dream, what does a little fish dream about just after watching Jaws? We’ll leave that to your imagination.

Pagan Wedding Rituals: Reclaiming Tradition in the Name of Love