Written By Nathan Chilcott
in Culture 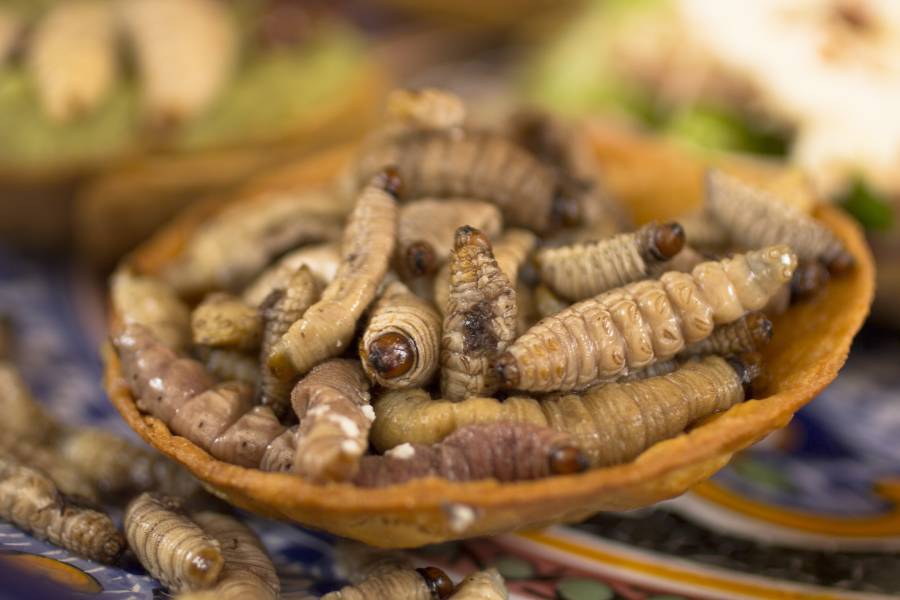 Most people, if asked, would turn down a request to eat a worm. It’s hardly an appealing or even tasty creature. Yet, you have probably tried tequila and have heard of the tequila worm. That’s the infamous, or legendary, worm in a bottle of tequila.

You might question ‘would you still drink tequila with a worm in it?’ Perhaps you should rather ask ‘why would anyone create the tequila worm?’

The truth about the worm

If you have heard the stories of worms in a tequila bottle and the people who have done it, you’re about to be surprised.

The truth is there is no tequila worm. Worms have never been put into a tequila bottle. You may, however, find a worm in mezcal bottles. But, this is a completely different drink, although partly related to tequila.

Mezcal is often referred to as tequilas smoky cousin. There are, however, few similarities in the production process, though they both use the agave plant.

Mezcal is produced in nine areas of Mexico, including Durango, Puebla, and Tamaulipas.

Made from the agave plant, manufacturers can use any variety of agave plants they wish.

In contrast, tequila bottles have tequila made from blue agave. No other type of agave can be used or it’s not tequila. Nowadays, tequila spirit content needs to be at least 51% sourced from blue agave. The restrictions on what constitutes ‘true tequila’ have actually relaxed in the last 70 years.  When regulations were established in 1949 100% agave was stipulated. This was reduced to 70% in 1964, and again to 51% in 1970. Some premium tequila brands boast 100% blue agave sugars versus mixto tequilas which include non-agave sugars.

There are also only five areas in Mexico that produce the liquor—Jalisco, Nayarit, Tamaulipas, Michoacán, and Guanajuato

Where did the worm come from?

While there may be no tequila worm there is a mezcal worm and it first appeared in the 1950s. There are several suggestions about how the ‘tequila worm’ found its way into mezcal bottles.

At the time, a maker of this traditional drink was transporting his latest shipment across the country. He noticed a worm in the drink. It was, in fact, moth larvae called Gusano de Maguey which is often found on agave plants.

Naturally, the mezcal maker drank some of the mezcal and decided it tasted better this way. From then on, he added ‘worms’ to his mezcal.

Then, there is the story of an art student named Jacobo Lozano Paez who liked the taste of the Gusano so much that he added it to everything.

On a dare, he added it to a bottle of tequila and one of mezcal. Realizing this drowned worm improved the flavor he started marketing his new agave spirit.

In the early days, mezcal and tequila were often confused but tequila was making a big name for itself in the US.

The story goes that a marketing executive decided that a worm at the bottom of the bottle was the perfect way to differentiate the two drinks.

Add in a few rumors that Mexicans drink it like this all the time and that a floating worm could increase virility and fortune, and sales rapidly went through the roof.

Why this particular worm?

The Gusano de Maguey becomes a beautiful night butterfly if it doesn’t find its way into a mezcal bottle.

The fact is the larvae feasts on the heart of the maguey plant, that’s the part that becomes mezcal. It’s also referred to as the Gusano Rojo and that’s why you’ll find manufacturers incorporate Gusano de maguey into only mezcal.

If you’ve heard of tequila worms it is simply a misunderstanding about what you’ll find at the bottom of the bottle, depending on which drink you consume.

Does all mezcal have a worm?

The finer the bottle the less likely it is to have a worm in it.

Despite the possibility that the whole worm story is a marketing strategy, Mexican’s don’t generally drink this with a worm in.

Yet, the legend continues and mezcal has become increasingly popular across the globe. In general, the moth larva is left out. But, some bottles still come complete with moth larvae and even worm-flavored salt!

This is not the only example of insects and larva in drinks. Other examples include the moth Comadia Redtenbacheri and the beetle Scyphophorus Acupunctatus.

Interestingly, the Mexican standards authority has banned the addition of insects and larva to tequila, but not to mezcal.

So, you may still find this form of moth in your mezcal bottle.

You may come across this liquor with the unusual addition. But, remember, good-quality distilled alcohol never needs a worm to improve its flavor. You are better off with the good stuff.

If you feel the need to try this great cocktail snack, there are plenty of Mexican chefs that will cook you up a fried version. That way you keep it out of your drink.

You should note that, despite stories to the contrary, the worm doesn’t cause any harm or hallucinations. If you experience these it is probably connected to the amount of high-strength alcohol you have just consumed.

The worm is real but you won’t find it at the bottom of a bottle of tequila.