Remember The Maine, To Hell With Spain!

Written By Frank Jacob
in History 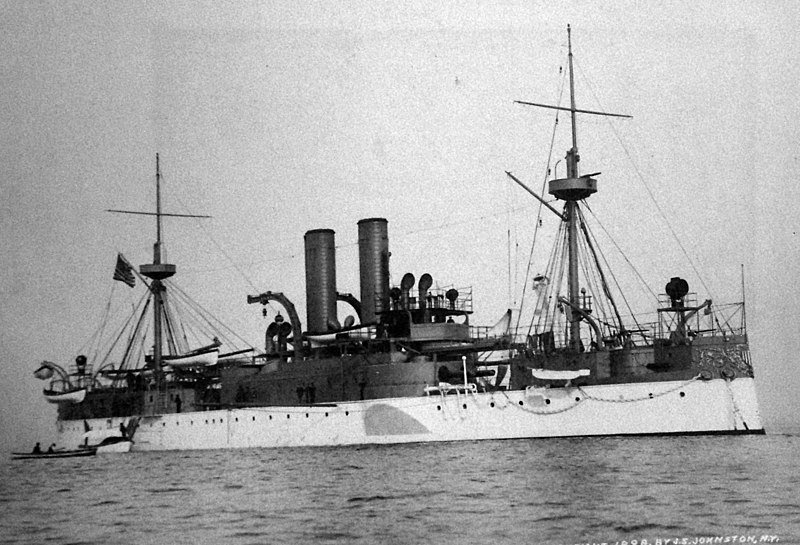 The USS Maine was a United States battleship that sank in Havana Harbor in February 1898, resulting in a US offensive that led to the Spanish–American War. (Photo: Wikimedia Commons/National Museum of the US Navy)

In February of 1898, the USS Maine exploded and sank in the waters outside of Havana, Cuba. The event spurred rage and puzzlement over its cause across the United States. The US was not involved in any war at the time, through there was tension with Spain over the Cuban War of Independence. The explosion of this US ship led to the war-rallying cry “Remember The Maine!”

The USS Maine was a second-class battleship and signified a movement forward in American naval technology. Her turrets were en echelon, or positioned so that the ship could fire on either beam, and she lacked full masts due to the use of powerful steam engines for locomotion. Ironically, the Maine was obsolete by the time she was built due to long delays in construction.

The USS Maine was officially sent to Havana Harbor to protect Americans during the Cuban War of Independence. The American government feared that Cuba’s struggle of independence from Spain might escalate, endangering lives and property. The Spanish had already set up imprisonment camps throughout Cuba, where 200,000 people ended up perishing from disease and starvation. In addition, a highly offensive letter had been seized from the Spanish minister written about US President William McKinley.

These events were quickly blown up by the tabloid press, sparking outrage and contempt for Spain across the US. And these sentiments would not need to wait long before something ignited them.

On the night of February 15, 1898, the USS Maine suddenly erupted in explosion. The blast was instantly fatal, ripping a hole through the hull of the battleship and killing 266 of 350 sailors on board. Nobody knew what caused the disaster, but many were quick to point the finger at Spain. A controversial official investigation concluded that the Maine exploded as a result of a torpedo or mine. Journalists, seeking sensational headlines and emotional appeal, were quick to fan the flames of war. The American public soon rallied behind the battle cry of “Remember the Maine, to hell with Spain!”

Read more: What Is Juneteenth?

President McKinley was hesitant to rush into an all-out war; the Spanish had agreed to permanent ceasefire in Cuba as well as a dissolution of prison camps. But pressure from the public grew, and in April he was granted authorization to use force in Cuba. The US Congress subsequently passed the Teller Amendment, assuring Spain that the US was acting purely in support of Cuban independence, not imperialistic ambition. This was not enough to satisfy the Spanish, who declared war on the US on April 24.

The Spanish–American War was a decisive victory for the US. In ten weeks, the US gained control over the remnants of the Spanish Empire, including Cuba, the Philippines, Puerto Rico, and Guam. More American soldiers died of disease than combat.

Another investigation was conducted into the sinking of the USS Maine, but not until 1976. Researchers concluded that the blast that decimated the warship originated internally, likely as a result of a coal bunker fire. It is quite probable that the reasons behind the war, through which United States gained recognition as a world power, were entirely fabricated by the press. Or perhaps if the doomed battleship were named something that didn’t rhyme with Spain, the Spanish–American War may never have occurred.

The Hobo Code: The Secret System for Itinerant Workers