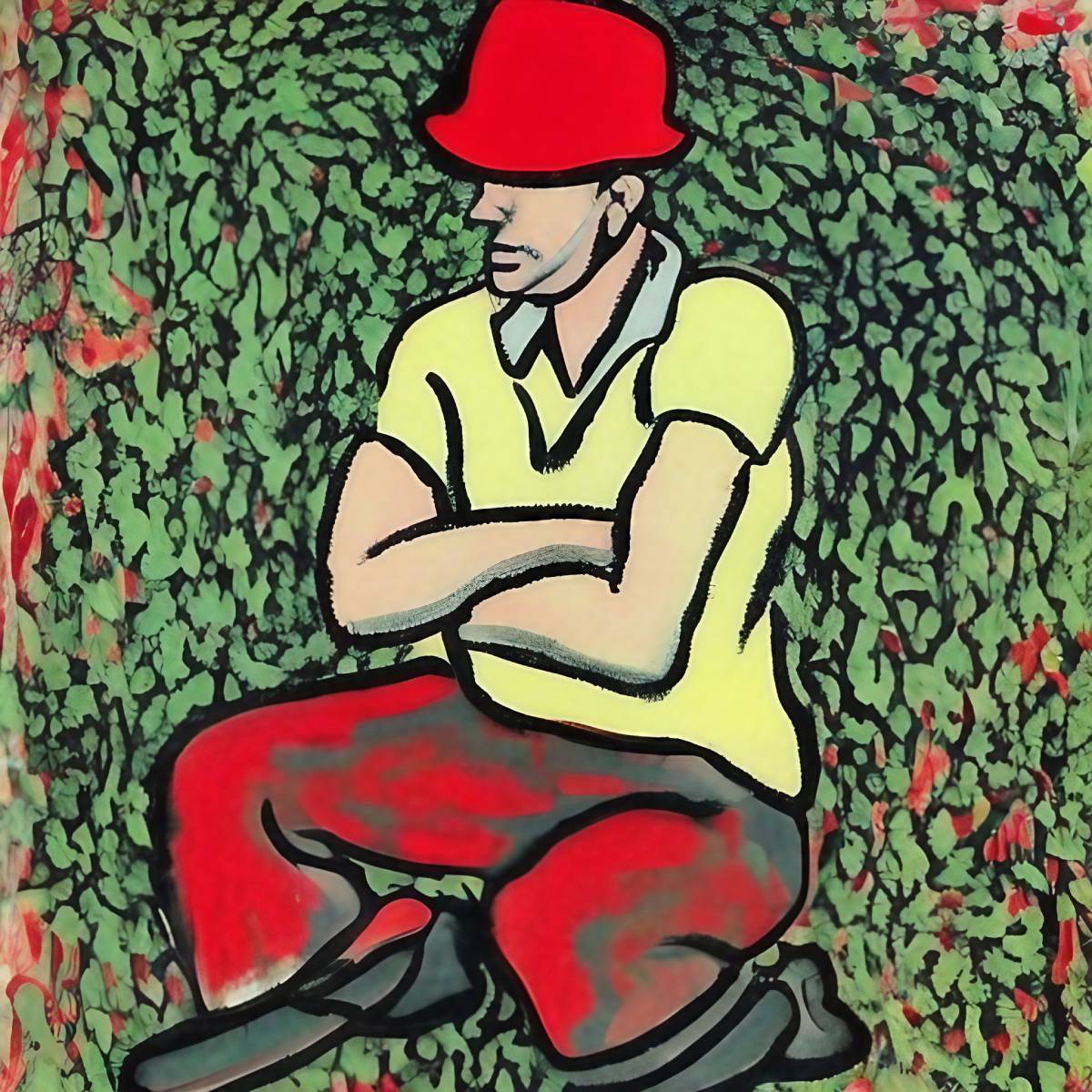 El Caganer (which literally means "the pooper") is a common sight in nativity scenes in Catalonia, Murcia, Valencia, parts of Portugal and even Naples. (© Odd Feed)

There are a lot of weird Christmas traditions out there.

In Italy, for example, they have a benevolent gift-giving witch almost as popular as Santa. In Alpine Europe, they have an Anti-Santa: they call him Krampus, “the Clawer.” Arguably even stranger, in Iceland they have a giant Yule goat in lieu of a Christmas reindeer (and even Santa!), and—believe it or not—a child-eating Christmas cat!

However, at least in terms of incongruity and sheer bizarreness, none of these traditions comes even close to one that’s prevalent along the Pyrenees—that of El Caganer, Catalonia’s dearly beloved defecator!

Between the three Wise Men and Baby Jesus

While you explore the glistening Christmas markets of Barcelona, it won’t be long before you come across a caganer. Among the glossy baubles and mistletoes, you might be shocked to notice a figurine of a little farmer, squatting with his pants around his knees and his bare buttocks exposed to the elements.

Though most commonly associated with Catalonia, El Caganer (which literally means “the pooper”) is also common in nativity scenes in Murcia, Valencia, parts of Portugal and even Naples. Placed among the shepherds, the Magi and all the barn animals as they gather to meet the Baby Jesus, this red-hatted farmer proudly defecates in front of the holiest of all entourages.

While you might assume that this would be a hotly controversial tradition, especially in such a devout part of Europe, the little caganer is an extremely beloved—if quite scatological—Christmas guest in thousands of households and public nativities! Considered an important component of the region’s cultural heritage, the tradition of displaying a caganer is only increasing in popularity—so it doesn’t seem like he’s going away any time soon!

The outlier in the traditional nativity scene

The traditional nativity scene commonly features three wise men, three shepherds and a gaggle of barn animals all gathered around Mary, Joseph and the Infant Jesus. If you’re not from Catalonia, you’d probably never even think to add a silly-looking farmer leaving an “extra present” for Jesus in the middle of the stable.

Well, in Catalan nativity scenes, that farmer is quite the essential piece! Traditionally, he is dressed in a white shirt and a red hat called a barretina. However, these days you’d be just as likely to see a caganer of a celebrity!

From President Obama to Queen Elizabeth, celebrity caganers have become increasingly popular in Catalan households and souvenir shops! Why shouldn’t they be? Is there a better way to bring the mighty down than by pulling their pants down, and doing it publicly?

Where did it come from?

Despite the popularity of the caganer, there is some dispute as to how and why this tradition started.

Scholars estimate that it began in 18th-century Catalonia and was supposed to be a good luck symbol for fruitful harvests in the new year. According to one caganer collector, “There was the legend that if a countryside man did not put a caganer in the nativity scene, he would have a very bad year collecting vegetables.”

Though scatological humor might be looked down upon today, in the 18th century feces were not only a fact of life but a useful, nontoxic fertilizer. Therefore, the sight of a man defecating in the nativity scene would not have been as scandalous as it might be today. In fact, there’s even an old Spanish proverb which states that “Dung is no saint, but where it falls it works miracles.”

Quite fitting then for it to be found at the birth of Christ!

Isn’t it a little… sacrilegious?

Even if poo wasn’t as taboo in the 18th century as it can be today, isn’t its addition to the nativity scene a little bit sacrilegious, almost by definition?

Catalans say no. In fact, some even say that it’s quite the opposite: a beautiful reminder of the humanity of Jesus as God’s form on Earth! Because, at the end of the day, what could be more human than pooping?

One caganer connoisseur explains how this irreverent little figurine can help Christians to better appreciate the magic of the holiday season, saying that it “adds a human side to the representation of the mystery of Christmas.”

And he’s not the only one!

The caganer is not the only scatological addition to the Catalan decoration box. The holiday season in Catalonia would not be complete without Caga Tió (“the pooping log”), another figurine that brings a cheeky sense of toilet humor to the local Christmas tradition.

Also known as Tió de Nadal (literally meaning “Christmas Uncle”), Caga Tió is a hollow log, with a friendly smiling face, which is placed beneath the Christmas tree on December 8th. Children have to take a good care of their Tió, feeding him every day, in the hopes that he will have a present for them on Christmas day.

What makes the Tió de Nadal so similar to the caganer is the means by which the gifts are eventually delivered. On Christmas Day, the log is placed in front of the fireplace, and the family sing him a song while beating him with a stick in an attempt to persuade him to poop out some sweets—traditionally nougats!

In this globalizing world, there are a lot of traditions that are dying out—but not the Catalan tradition of the caganer! Quite the opposite, in fact: if anything, it’s modernizing.

These are not only popular souvenirs taken home by tourists who visit the famous Christmas markets in Barcelona; they are also favored by many young Catalans, and have thereby become valuable collectibles.

Bring back the caganer!

The extent of the caganer’s popularity is perhaps best expressed by the uproar in 2005 when the Barcelona public nativity scene was opened without a caganer included!

The council explained that it was not a good look for the city which was in the midst of a campaign to fight public urination, but the town’s inhabitants were not happy and argued that this was an attempt to erase their proud cultural heritage.

It didn’t take much for the mayor to see sense, and our cheeky little friend was reinstated in all his glory in the next year’s display!

Your very own Catalan Christmas

So, if you’re planning a trip to Catalonia this Christmas—or you’d like to introduce some Catalan ambience into your home—look out for a seemingly shameless Catalan man with his buttocks proudly exposed and make him a prominent figure in your display.

He’s sure to make a great addition to your Christmas season—even if it might mean a lengthy explanation to your family when they visit for the holidays!