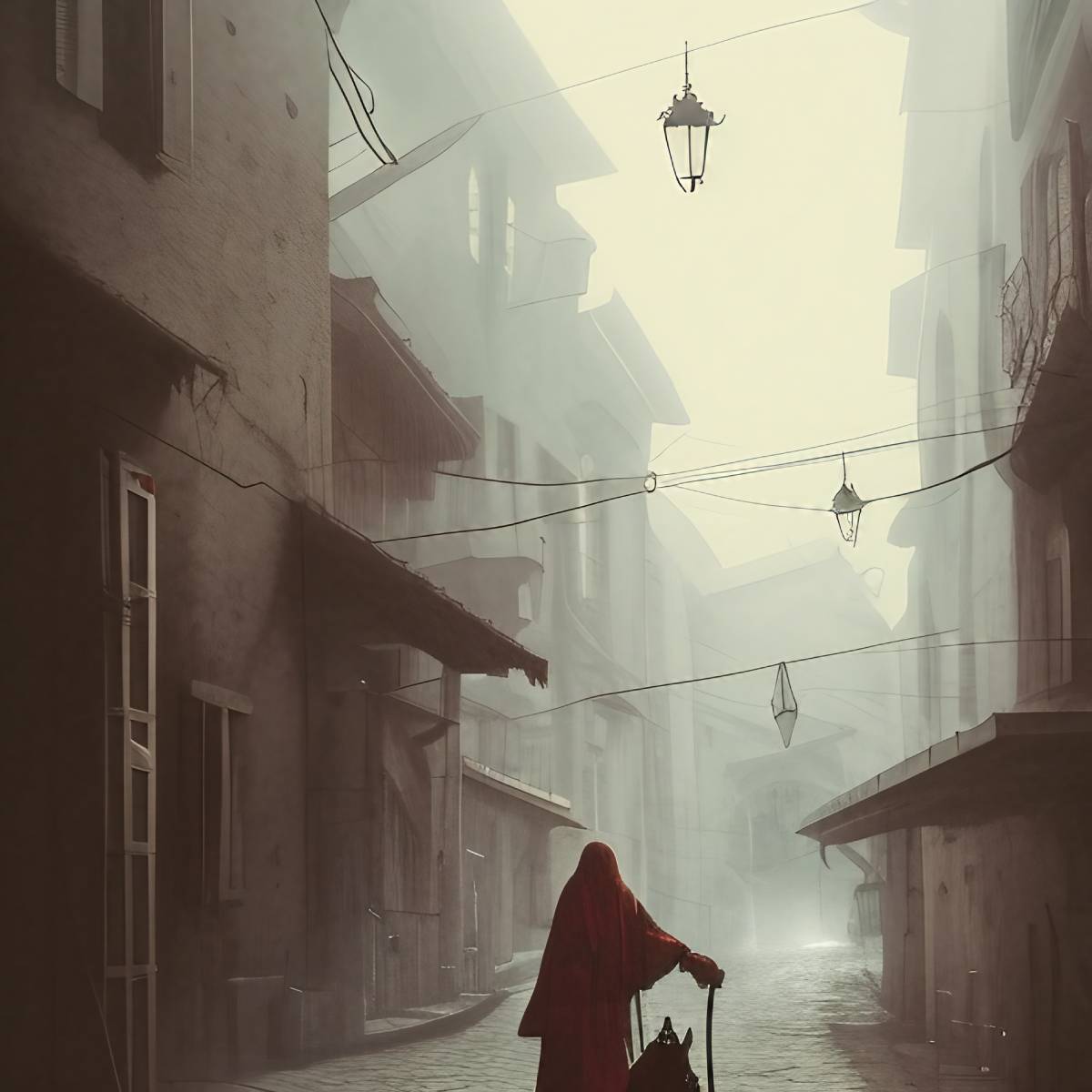 La Befana creeping through an Italian village at night. La Befana visits children on the night before Epiphany, rather than on Christmas Eve. She’s also, well, a witch. (© Odd Feed)

Flying through the cold winter night, a sack of presents in hand, they slide down chimneys and deliver sweets and presents to children who’ve been good, and coal to those who’ve been naughty.

No, we’re not talking about Santa Claus. This is the story of La Befana.

Sure, this might be the first time you’re hearing about La Befana, but had you been born in Italy, she would have been your favorite person as a child! Indeed, a visit from this festive witch is one of the most anticipated events of the holiday season at the Apennine Peninsula!

Depicted as a hideous witch-like woman, with scraggly hair, warts and a long nose, you might think that, like Krampus or the Yule Cat, she’s one of those Christmas traditions best left to Halloween. But despite her ragged appearance, La Befana is mostly there to spread joy, not fear!

So, for all intents and purposes, you can think of her as Italy’s beloved Christmas grandmother: a worn-out old lady who gives out candies to well-behaved children on Epiphany Eve.

Although the role of La Befana sounds pretty similar to that of our old friend Father Christmas—or Babbo Natale, as they know him in Italy—they are two very different characters. Moreover, La Befana’s story is much older than that of Father Christmas, dating back to roughly the 9th century.

Despite the similarities between the gift-giving MOs of La Befana and Santa Claus, there are some pretty stark differences, the biggest being that La Befana visits on the night before Epiphany (January 6th), rather than on Christmas Eve.

Commemorating the day the Wise Men arrived at the manger bearing gifts for the Baby Jesus, Epiphany is seen by Italians as just as important holiday as Christmas, and as such it presents another opportunity for giving and receiving gifts. That means that Italian children look forward to visits from both La Befana and Babbo Natale!

Secondly, there’s the matter of appearance. There’s no sleek red coat, cozy bobble-hat or dignified white beard here—La Befana has the appearance of what we’d typically call a witch! With a crooked nose, beady eyes and even a broom to ride on, one would probably be afraid of her if she wasn’t the bearer of gifts and candy!

The legend of La Befana and the Baby Jesus

Even though the legend of La Befana doesn’t appear anywhere in the Bible, Italian Christmas tradition has her story fitted quite neatly into the nativity fable. This seems pretty appropriate since her name literally comes from the Greek word Epifania. The most well-known tale goes something like this.

When the three Wise Men were searching for the Baby Jesus, they stopped at the house of La Befana to ask for directions. She didn’t know the way but invited them to stay the night. Since she was known to be a particularly good housekeeper, the Wise Men agreed. When they left the next morning, out of gratitude, they asked the old woman if she’d like to join them on their trip to Bethlehem. Torn between her desires and obligations, she eventually turned down the offer, saying that she had too many chores to be getting on with.

A few days later, however, La Befana regretted her decision. So, she set out by herself to bring gifts to the newborn messiah. Unfortunately, no matter how much she tried, she couldn’t find him anywhere. To this day, they say, she’s still searching for the child, and—mistaking him for other well-behaved children she meets down the road—she gives away some of her sweet presents.

As much as the legend of the Befana fits within that of the Feast of the Epiphany, scholars believe that she probably has pagan origins, and that her story was rewritten so that Italians could continue to celebrate her even when they converted to Christianity.

Quite a few trace her origins back to the Roman festival of Saturnalia which ran from the winter solstice to the beginning of the new year. During this time, revelers would offer fortune tellers gifts in exchange for advice and good luck for the year ahead. It’s even been pointed out that the name La Befana could come from the word bastrina, the gifts associated with the Roman Goddess of the new year, Strenia.

Fittingly, Befana’s Roman attire is explicitly mentioned in one the most famous songs Italian children sing to summon the Christmas witch:

She comes, La Befana, she comes before the morn,
she comes with her shoes, all tattered and torn.
She comes, she comes, all dressed like a Roman:
Long live La Befana, the witch-like woman!

Would you care for some black rock candy?

Italians celebrate the religious Feast of the Epiphany pretty much the same way most Christian countries celebrate Christmas. January 6th is a national holiday in Italy, dedicated to attending church, giving gifts and eating sweets. If you’re lucky enough to visit Italy on this day, you’ll find not much open, except for the delis and sweetshops, which will be stocked with tasty treats for all the family!

One particular piece of candy you’re sure to notice around this time in Italy is a kind of black rock candy called carbone. Although La Befana, much like Santa, traditionally only brings gifts to good children and coal to naughty ones, a lot of parents today find this a little harsh. Therefore, if a kid hasn’t quite breached the threshold of “good behaviour” for the year, they’ll probably get at least a few carbones—as a warning-sign for next year!

You want to say that Italian children get two sets of presents?

Santa and La Befana? Kids in Italy must be pretty lucky to get two sets of presents. Well, it’s actually three in some regions!

In some parts of Northern Italy, on December 13th, children also receive a little something from Santa Lucia, who arrives on a flying donkey and leaves candy and presents for them to wake up to (and you thought flying Christmas goats were strange!)

She’s pretty harsh though. Unlike the kindly La Befana, if she finds children who aren’t sleeping when she arrives, she’s likely to blind them by throwing ash in their eyes.

With that in mind, it’s probably safer to celebrate La Befana only. Despite her witch-like appearance, she’s just a sweet old woman who likes delivering joy to children. Although, they say, she too doesn’t like to be seen. So, unless you’re asleep when she comes, you might receive something other than a candy—a slight thwack from her broomstick!