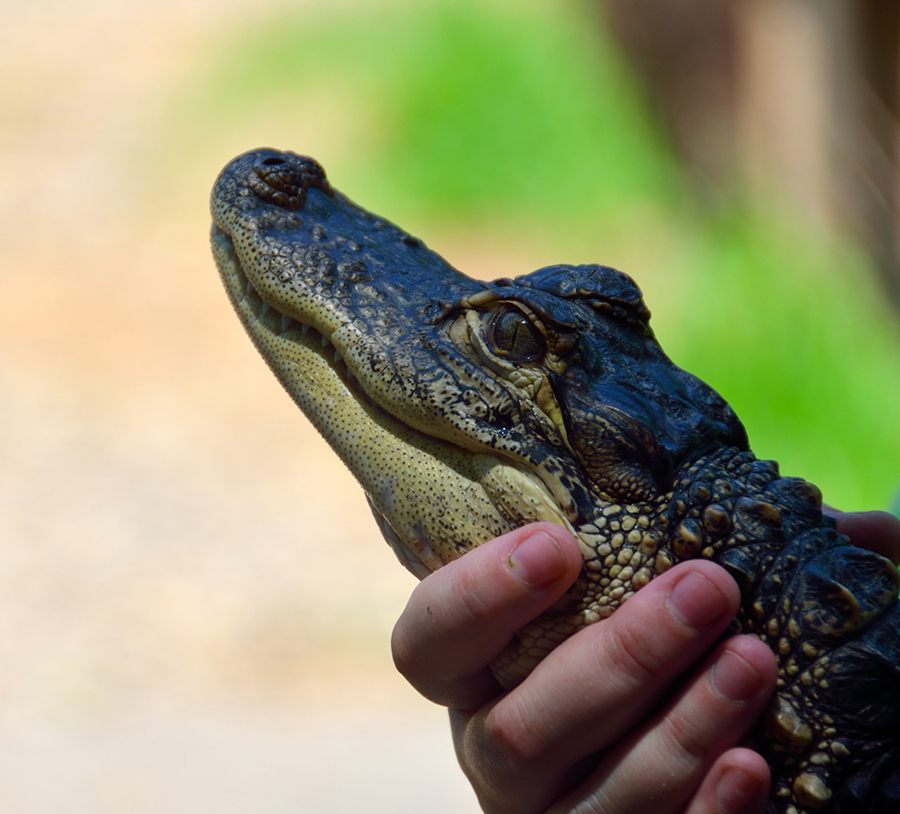 What’s the first thing you do when confronted by an alligator? Probably run or freeze, which are natural reactions. So you might be surprised to learn that there’s such a thing as an emotional support alligator.

For one man in Pennsylvania, US, his five-foot (152 cm) long alligator, Wally, helps him with his depression. Wally, apparently, likes to give hugs.

Emotional support animals (ESA) are becoming increasingly popular as a tool to help people suffering from depression to get treated without prescription drugs.

Want your own emotional support alligator?

The Pennsylvania man, Joie Henney from York County, is no stranger to keeping reptiles. Wally shares an indoor pond with a smaller alligator named Scrappy, who is also a rescue. Apparently, Scrappy defers to Wally regarding choosing what to watch on television.

Joe Henney’s home is shared with an array of other reptiles, including a bearded dragon and a ball python. It’s fair to say he’s comfortable around these types of animals, even if most of them could cause him serious injury.

In short, Wally may be perfect for Henney, but don’t expect to see too many more emotional support alligators.

Joie Henney, who suffers from depression, didn’t want the drugs the doctor offered but noticed he felt better when he was with Wally.

With his doctor’s approval, Wally became Henney’s emotional support alligator. This allows Wally to travel everywhere with him, including show-and-tell days, birthday parties, and even school visits.

Besides providing Joe Henney with emotional support, Wally, as with any ESA, establishes an essential interaction, distracting Henney’s mind from depression and encouraging interaction with others.

Wally works as an ESA, but that doesn’t mean you have to be ready to hug him!