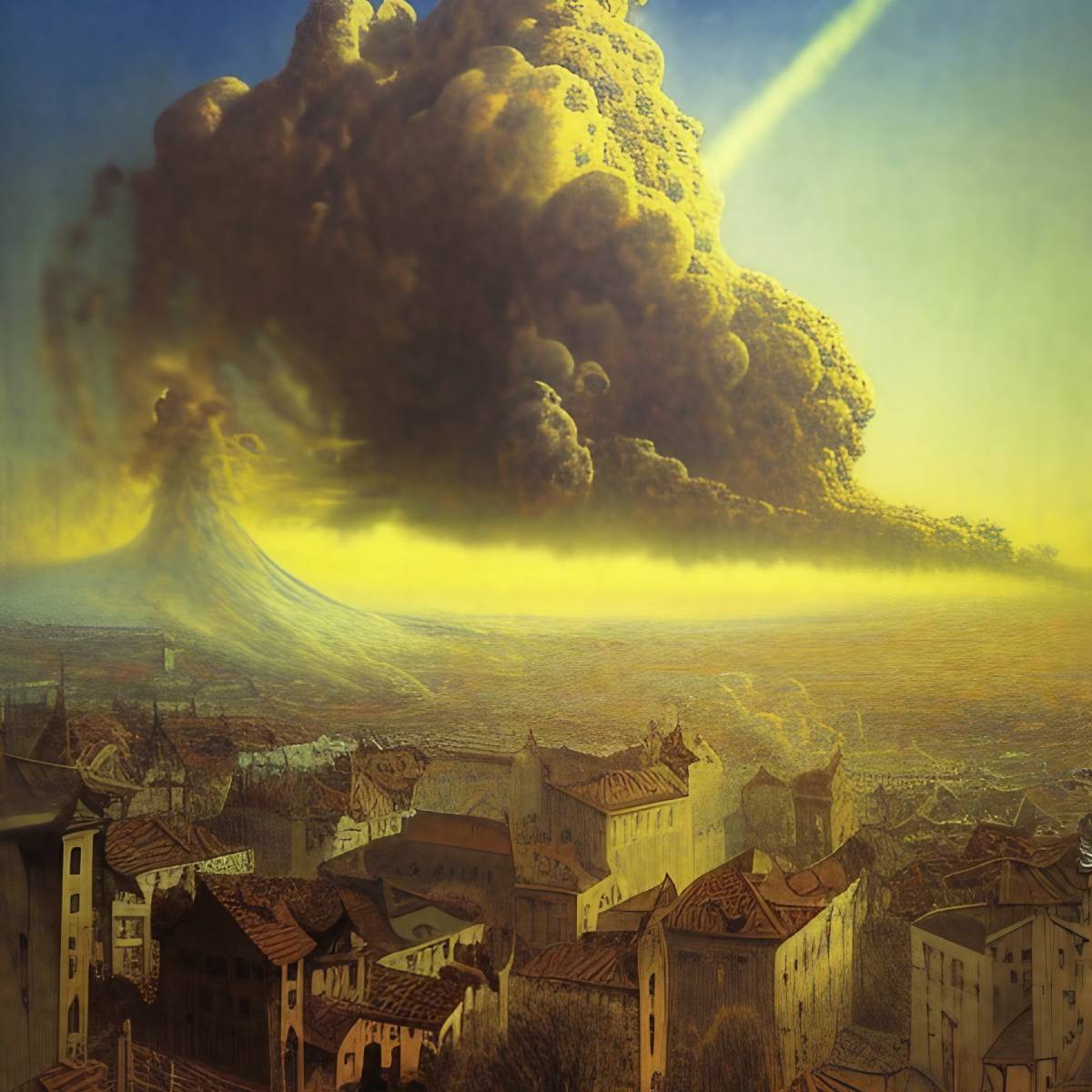 2020 was one of the worst periods in human history, as far as years in the Gregorian calendar goes. According to one professor, Medieval historian Michael McCormick, working under a Harvard University initiative, it still wasn’t the worst year to be alive.

The honor of ‘the worst year to be alive’ goes to the year 536 AD. The sun gave way to ash in the sky as a result of a volcanic eruption. The ash fell across the Northern hemisphere early in the year, and a mysterious fog plunged Europe into an even darker age for a decade.

Along with glaciologist Paul Mayewski, McCormick discovered an ancient ice core while researching on behalf of the Climate Change Institute of the University of Maine. Mayewski took the core from the Swiss Alps, revealing more than 2,000 years of historical information.

Ice cores are typically taken in their tens of thousands, each representing just a few days, weeks, or months within history. Often, they’re used to understand human effects on climate change in less historical contexts. They are quite literally the epitome of human history and human pollution, frozen in time.

Mayewski and McCormick discovered that a calamitous, massive volcanic eruption early in 536 in Iceland caused volcanic ash to rain across Europe, the Middle East, and parts of Asia, including most parts of what was the then Eastern Roman Empire. The discovery from the swiss glacier (the Colle Gnifetti glacier) was particularly damning for the year, as it helped create a chilly summer.

As the sun gave off light and heat, the so-called ‘dark ages’ became a particularly dark time in the human past, as temperatures dropped between 1.5 and 2.5 degrees celsius.

According to research on the ice core, this left the human population frozen for the better part of a decade. With the sun’s light impaired and summer temperatures at all-time lows, things were bound to get worse!

The reaction to the coldest decade

At the time of the Eastern Roman Empire’s existence (before becoming the Byzantine Empire), the Roman politician Cassiodorus described the sun as having a blue tint. Byzantine Historian Procopius wrote, “the sun [sic] giving forth its light without brightness, like the moon, during the whole year.”

Though the mysterious clouds have now been identified and understood, it seems that the worst year in history was only getting started.

Two other massive eruptions came in 540 and 547, maintaining the cool temperatures. Kyle Harper, a Medieval and Roman historian at the University of Oklahoma, suggested that the use of ice cores gives ‘a new kind of record,’ which helps historians understand the context of a period significantly more than ever before. Before this, there was no other explanation than pure exaggeration by chroniclers for the chaos that ensued in Eurasia – no link to a Volcano thousands of miles away in Iceland!

Falling temperatures brought dire implications for farming, putting a strain on food resources, after leaving significant parts of Northern and Central Europe in almost complete darkness!
Further natural disasters put even more strain on food supplies. European order was already in turmoil from warlords fighting amongst the power vacuum of the fallen Roman Empire, as the Byzantine Empire (and legendary Emperor Justinian the Great) began to swoop back into Italy.

As shown from the ice record, the long dark throughout the sixth century meant that crops failed from Ireland to China. Irish chronicles record “a failure of bread” across the latter half of the 530s. Further work from a team led by Michael Sigl, using tree ring studies, has found chemical traces that match those found by historian and archaeologist Michael McCormick. Tree rings demonstrate that continuing from the year 540; there were significant famines and terrible conditions for the early medieval economy – leaving the double blow, explained!

A gift from the Eastern Roman Empire

After the mysterious fog rolled over the Northern Hemisphere, you might be forgiven for thinking that Europe, the Middle East, and Asia had seen enough. After all, one of the worst periods in human history in a literal dark age should be quite sufficient for one year (not to forget the rest of the decade)!

However, the Eastern Roman Empire, it seems, did not get the memo. A form of Bubonic Plague struck (better remembered in its 1340s edition, as the Black Death) rolled across Europe, originating it seems, in the Roman port of Pelusium. The so-called Plague of Justinian was most probably the first bubonic plague Europe was to encounter.

This form of Black Death wiped out significant rural populations. Still, it did not cause the cataclysmic events that would come in the later middle ages, where it killed 50 million to 100 million people, primarily young adults.

The economy of Europe and trading partners across the Middle East, Asia Minor, and North Africa were devastated, only developing from this dark period due to the discovery of lead ore and silver mining in the following century.

The new understanding of why Europe cooled so much is a boon to historians, explaining why the new medieval economy began to develop!

Read more: You Need to Know about the Loudest Sound Ever

As the fog clears our understanding of, what was a pretty bad year for Europe as a whole, and almost certainly the worst time in history that humanity has had to endure, we can understand a chapter of history that had previously been unknown to us.

As the snow fell and the fog blocked the sun from the earth, the work from McCormick and Mayewski has been vital to understanding how climate, and the changes it can have through both human and natural causes, can affect societies; modern or in antiquity.

The economic stagnation witnessed from the crisis is one that, in 2020, we couldn’t ignore. The work on tree ring records meant that Sigl’s team concluded the chapter on a dramatic year for the human race, helping to explain the worst year in history, for now!

What are Fire Rainbows?