Written By Ana Sabo
in Nature 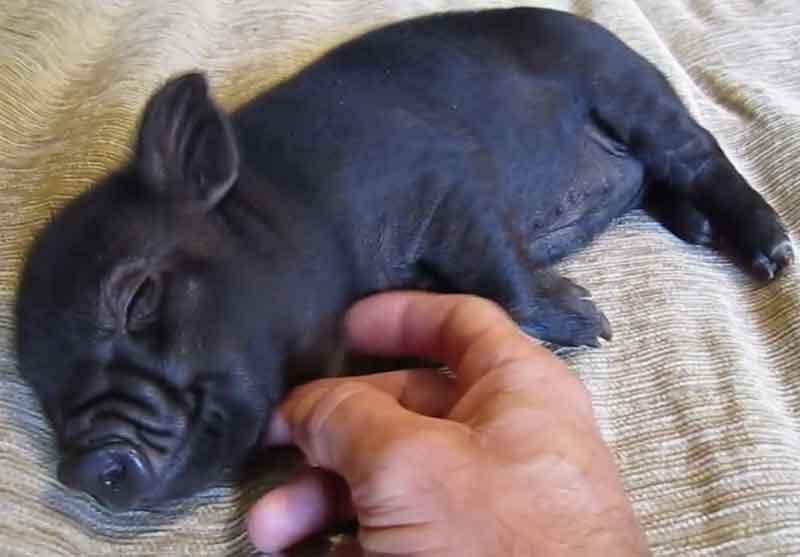 Who would have thought a snoring pig could cause so much trouble? It started out innocently enough. Seven years ago a young woman from Shenzhen, China fell in a love with a tiny piglet at a pet store. Weighing in at a mere 4 kg, the petite creature was marketed as a “fragrance pig”, and according to the seller would never grow any larger. At 800 yuan (around £90), this pig wasn’t exactly cheap, but who can argue with love at first sight?

Thrilled with her new, supposedly odor-free friend, the young woman went home and christened her porcine playmate “Dudu”. To Western ears, perhaps its name is a hint of things to come.

Little Dudu got along smashingly at first, with the whole family doting on the adorable piglet. But within a month, its appetite began to grow – and so did Dudu. Eating everything it could get its muzzle on, the piglet was always munching on snacks, drinks, fruits, and vegetables. “Cute” no longer seemed the most appropriate term for Dudu by the time she had hit the 20 kg mark!

By then, it was obvious that the pet store had scammed the the young owner. But since the innocent animal wasn’t to blame, her family couldn’t bring themselves to get rid of the family pet – despite Dudu no longer being small or fragrant (to put it mildly).

These days, the pig weighs more than 150 kg, with a voracious appetite to match. Dudu rapidly consumes anything even remotely edible. The family bathes the pig at least three times a week in effort to manage Dudu’s messes and keep their home reasonably odor-free.

And that’s not all – it’s when the pig goes to sleep that the real troubles begin. Due to Dudu’s excessively loud snoring at night, its loving family has dealt with numerous complaints from the neighbors. In fact, things have gotten to the point where they’ve had to move repeatedly. All because of a snoring pig! Over the seven years since the pig joined the family, the family has been forced to move six times.

The process of moving is stressful enough, but a whole different set of logistics is required when you have a pet weighing over 150 kg! Earlier this month five people were needed to help carry the Dudu from the family’s old apartment to the new one – luckily located within the same neighborhood.

Is all this trouble worth it for a snoring pig? The answer can be found in the family’s response to their dilemma. Nothing has succeeded in making them turn their back on their porcine companion. The neighbors’ patience may have its limits, but when it comes to their beloved pet the family has made their choice – they’re sticking with Dudu the snoring pig, come what may.