On the Lam: ﻿Breakout Night at the Museum

Written By Rob Kernoghan
in Culture 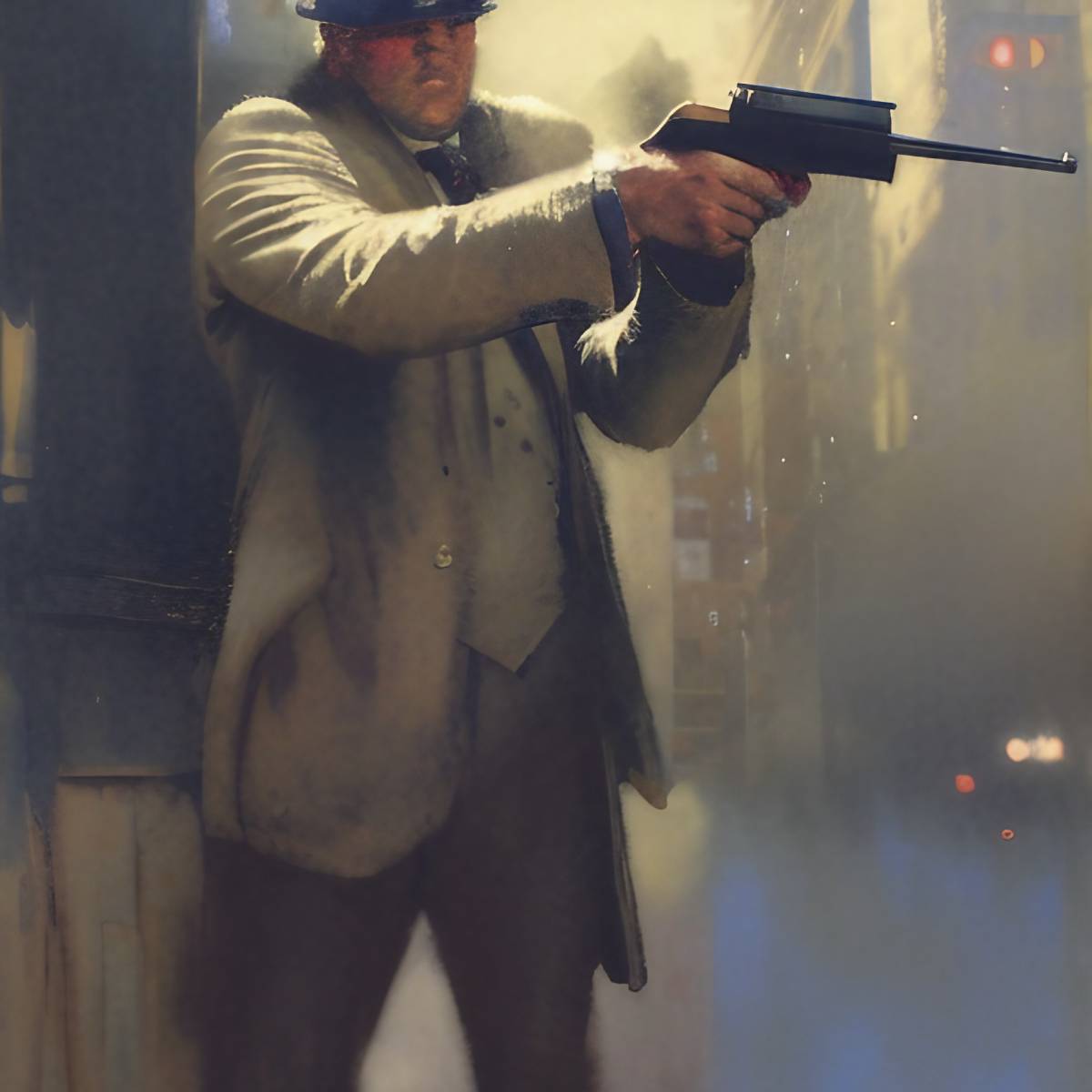 German Nazi Granny ‘On The Lam’

A 96-year-old woman, Irmgard Furchner, who worked during World War II as a teenage secretary for the German military, recently fled justice from her retirement home in Hamburg. Nearly 80 years after she contributed to the Nazi war machine supporting the holocaust, she evaded justice by hopping a cab to start life anew ‘on the lam.’

While age, ill-mobility, and short-sighted escape plans didn’t help, they did buy her a few seconds of reprieve from police and their answer to justice. This is the essence of the modern term ‘on the lam’ where according to the Oxford English Dictionary, a person is “escaping someone, especially the police.”

But where do these idioms originate? They didn’t just appear in a speakeasy dictionary or codebook as the day’s secret word. Research on etymology is complex, given its roots trace to multiple dictionary definitions, conflicting sources, loanwords, and adaptations of what the word ‘lam’ meant. So, where do the sense of the word lam and the expression ‘on the lam’ in today’s modern dictionary originate?

The oldest known description of someone ‘on the lam’ in writing dates to 1245 BCE. It takes us back to Babylonian times when a lady named Ilsity was imprisoned for allowing Yāʾūtu, who was under her care to hide and escape.

While the Nazi granny-on-the-lam story was covered extensively in modern print media, the tale of Babylonian fugitives on the lam is only a brief inscription on a clay tablet in the British Museum. Perhaps their accusations were equally serious, flight and trouble more daring, or that they evaded justice for decades. We do not know beyond the basic theory and interpretative link provided by paleolinguists.

No dictionary, thesaurus, or decoder is available for the layperson to understand better these cuneiforms describing early life on the lam. So it remains a simple log of a singular event on an obscure tablet, not a hot New York Times headline article.

Ancient Rome: Answer to the idioms?

The oldest known verbatim recording of the root ‘lam’ could be from the Latin verb lamentari, “to wail or weep.” It was used extensively throughout Christendom in the Middle Ages as an expression to mean grieving. The most prominent are scripts by 12th century Abbot de Coincy and later the painting “The Lamentation of Christ,” vividly depicting Jesus mourned by friends.

Claims tying the origin or modern meaning from suffering through Roman roots might be examples of informal conjecture, false etymology, or a very loose interpretation.

Berserker breakouts: On the lam from Britain

A later Proto-Germanic word, lemja, meaning to beat, comes into the public record in old Norse texts. The beating or suffering part of the meaning of ‘lam’ was carried forward by the Anglo-Saxons, whose own roots were supplanted to England in the 5th century. Later it evolved its non-literal definition as an idiom popularized by mass-produced dictionaries, media, and tabloids circulated in the modern era.

Vicious Victorians on the lam

Early Victorian school records refer to children’ lamming out’ or ‘to be on the lam’ running away to avoid punishment for fighting. This is clear provenance for the idiom as a verb meaning to beat it or leave. Through early international travel and media, it traversed the British Empire into American slang and the modern dictionary. To be ‘on the lam’ was to have escaped justice or be escaped convicts. Now keep the dictionary definition of this slangy term and informal phrase on da lowdown, see?

Every cheesy mobster movie about Prohibition has a nice-suit-wearing wise guy. In only a few minutes, somebody will utter references to hiding out from the police, retributions, or a villain ready to go on the lam.

Press circulated epics of bootleggers and killers on the lam, chased around by a detective with a dodgy badge in his wallet. Newspapers circulated true stories too, like that of Raymond “Craneneck” Nugent, an American bank robber from the 1930s with connections to the St. Valentine’s Day massacre who lived life on the lam for decades.

These stories, slang usage, and a preponderance of chases by cops and robbers of the era became entrenched into American heritage and folklore. As early as 1870, the Random House Historical Dictionary of American Slang explains these idioms as “acts of running or flight, esp. a dash to escape from custody.” Over several adaptations, these idioms went from slang verbs used by commoners into one of the most oft-used phrases during the interwar period.

Liberators and terrorists on the lam

The victors also have the problem of perception and recorded history. If someone escapes captivity, perceived as good, have they been liberated or dodged justice? Were those fleeing the US draft during the Vietnam war on the lam once they ran?

Was Chiang Kai Shek a fugitive on the lam or simply a leader in exile after communist victory on the mainland? It depends on the ideology you subscribe to or who you believe should win control of Chinese land, police, and law enforcement.

What about Nazi war criminals that escaped to Argentina never to receive a sentence? Unlike many of her well-heeled superiors who managed to escape on the lam, Irmgard Furchner has been forced very late in life to answer for her past actions.

Pankration: The Olympic, Ancient, and Deadly Precursor to the UFC